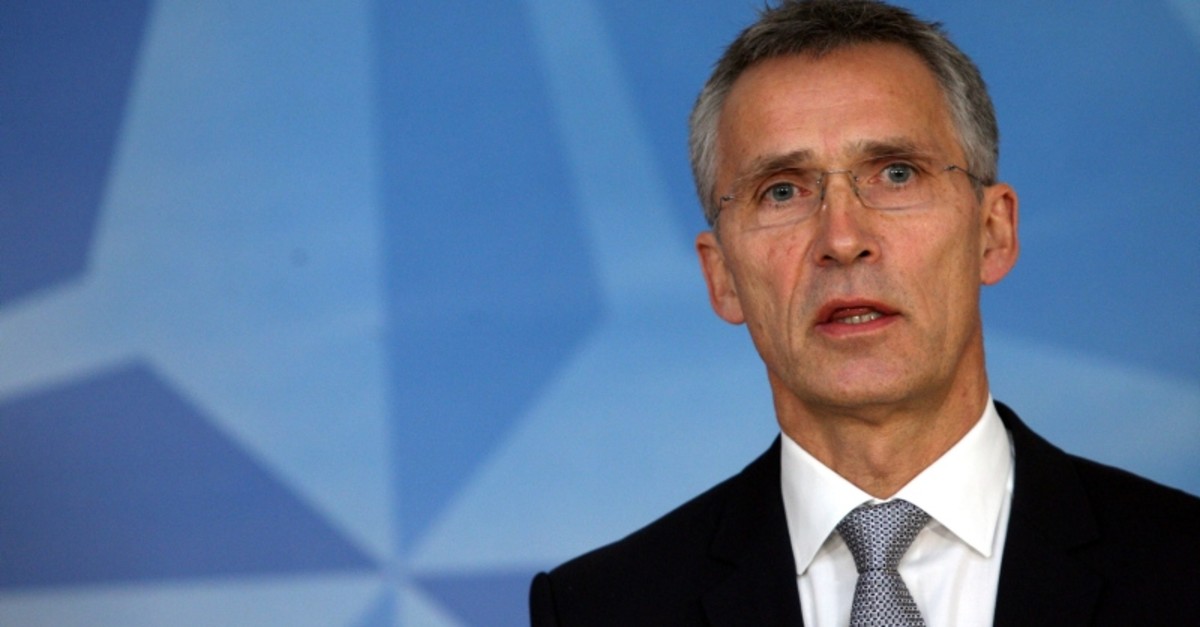 "As well as protecting Turkey with air and missile defense systems, NATO has enhanced patrols by AWACS surveillance planes over Turkish territory. These can monitor and track potential air space violations, supporting Turkey's efforts to defend its air space," he said.

Stoltenberg answered the questions of Anadolu Agency in Brussels ahead of his visit to Turkey on Monday and Tuesday. He will chair a meeting of the North Atlantic Council with the Mediterranean Dialogue (MD) partners in the capital Ankara. Separately, he will have bilateral meetings with senior Turkish government officials.

"I am very pleased to be visiting Turkey again, an important and highly valued NATO ally. I am grateful to Turkey for hosting a special meeting of the North Atlantic Council, NATO's highest decision-making body, with our seven partner countries in our Mediterranean Dialogue," he said.

Commenting on a wide range of issues including the agenda of his visit, purchase of S-400 air and missile defense system, NATO's contribution to Turkey, Stoltenberg thanked Turkey for hosting a special meeting of the North Atlantic Council in connection with the 25th anniversary of the Mediterranean Dialogue (MD).

Regarding Turkey's S-400 missile deal with Russia, NATO chief said "decisions about military procurement are for nations to make".

"I welcome and encourage the discussions about Turkey's possible acquisition of a U.S. patriot missile system, and also welcome that Turkey, France and Italy continue their efforts on the definition and development of a long-range air and missile defense system. This is important for NATO because key allies are involved and because we encourage allies to purchase equipment which is able to operate together," he said.