Turkey will retaliate against any aggression by Haftar forces, Defense Minister Akar says 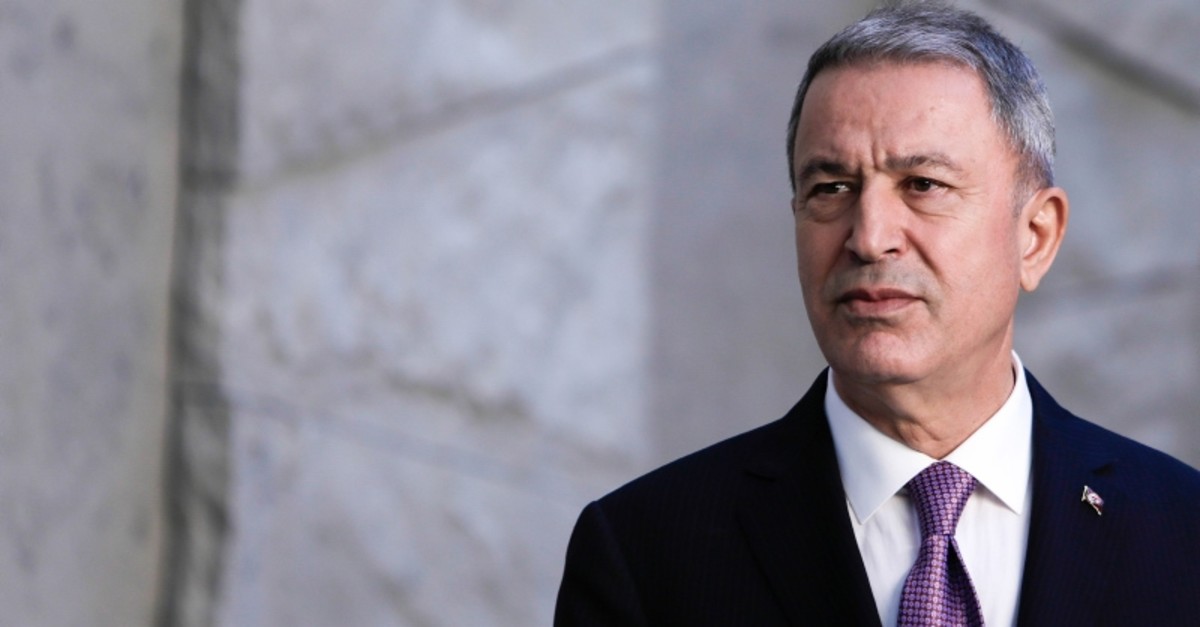 Defense Minister Hulusi Akar looks on before posing for a family picture during the NATO Defense Ministers meeting in Brussels on June 27, 2019. (AFP Photo)
by daily sabah Jun 30, 2019 2:07 pm

Any aggression towards Turkey by Khalifa Haftar forces will carry a heavy cost and any aggression will face effective and strong retaliation, Defense Minister Hulusi Akar said on Sunday.

Speaking to reporters in Japan's Osaka after the G20 summit, Akar said Turkey was trying to contribute to regional peace and stability in Libya.

"Any aggression or hostile movements toward us while we are trying to contribute to regional peace and stability will pay a very heavy price and face most effective and strong retaliation. We are prepared against any hostilities towards us," he said.

Libya has been gripped by unrest since the 2011 uprising that overthrew and killed longtime dictator Moammar Gadhafi. In recent years, the country has been governed by rival authorities in the east and in Tripoli, in the west, each backed by various armed groups.