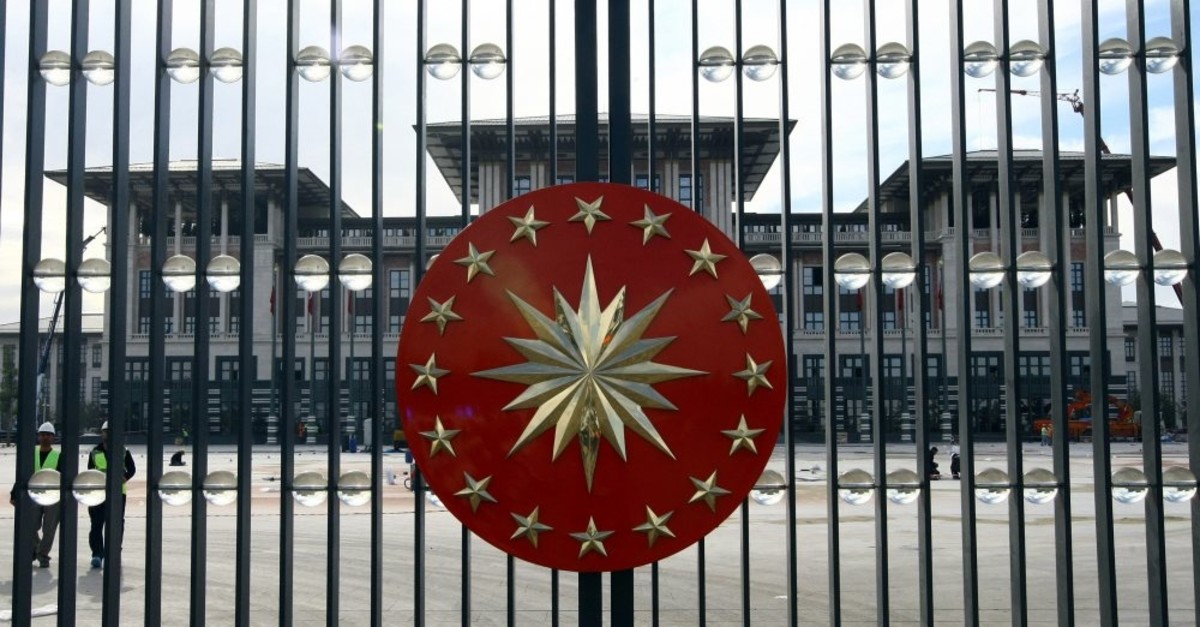 Last year's presidential elections on June 24, 2018 marked Turkey's transition to a presidential system of executive government, which was ratified in the April 16, 2017 constitutional referendum.
by Daily Sabah Jul 02, 2019 12:10 am

Despite criticism from the opposition, Turkey's new presidential system, which was put into practice one year ago, is a reformist system that enables government leaders to make quick, efficient decisions

Turkey left the old system behind, and the new system is open to be revised, said the ruling Justice and Development Party (AK Party) Group Deputy Chairman Bülent Turan in response to the speculations fueled by the opposition about the presidential system of government.

"Demands for returning to the old system are efforts with bad intentions of those who are trying to create a political agenda," said Turan, adding that Turkey left the old system behind in history and it is always possible to revise the new system.

Last year's presidential elections on June 24, 2018 marked Turkey's transition to an executive presidential system of government, doing away with the prime minister's post, among other changes. The changes had been ratified in an April 2017 constitutional referendum.

President Recep Tayyip Erdoğan was elected as the first president with a majority of votes under the new system, which was approved in the April 16, 2017 referendum.

Stating that the presidential system of government is a not a subject that can be exploited for political disputes and unnecessary discussions, Turan said that necessary steps inspired by the experiences and practices of the past year can be taken with a strong will.

"Peoples in the world have never given their democratic gains back," said Turan, adding that Turkey left discussions about the governmental system behind and the new system could not be read with old parameters.

Underlining that the world has been evolving and international balances have been reshuffling, Turan said that Turkey has also been going through an important process.

"This must be correctly read and moves should be through this reality. We remember the '367 crisis' led by the CHP [main opposition Republican People's Party] that prevented the election of a president for a long time and the costs of it. Let's remember the call that people should elect the president coming from some opposition figures," he added.

"Considering all these developments, this step was taken to fulfill needs," Turan said and added that if there is a lack or fault in the system, this can be detected and corrected.

"Evaluating experiences and practices of the last year, necessary steps can be taken with a strong will, but this system should not be subjected to political disputes and unnecessary discussions," he continued.

Turan also responded to the speculations claiming that the presidential system of government has brought deadlock in the implementation of policies and said that the new system, on the contrary, is a reformist system that enables quick decisions and can be easily adapted to new developments.

The change to the presidential system necessitated making a series of constitutional changes in accordance with the approved new system. Thus, with the April 2017 referendum, the Turkish people approved amendments to 18 articles of the country's existing Constitution, which was written and executed in 1982.

The new legal regulations included the transition from a parliamentary government system to a presidential system, handing executive powers to the president and allowing him/her to maintain political party membership. According to this system, there is no longer a prime minister and the president is elected by the public, not by the Parliament, every five years.

In the new system, however, the president can be charged with any crime that is recognized under Turkish Criminal Law. Moreover, the president is not automatically impeached if he is brought to the court accused of a crime. He needs to be found guilty of a crime, which would cause him to be not to be elected in the first place, in order to be impeached from his duty.