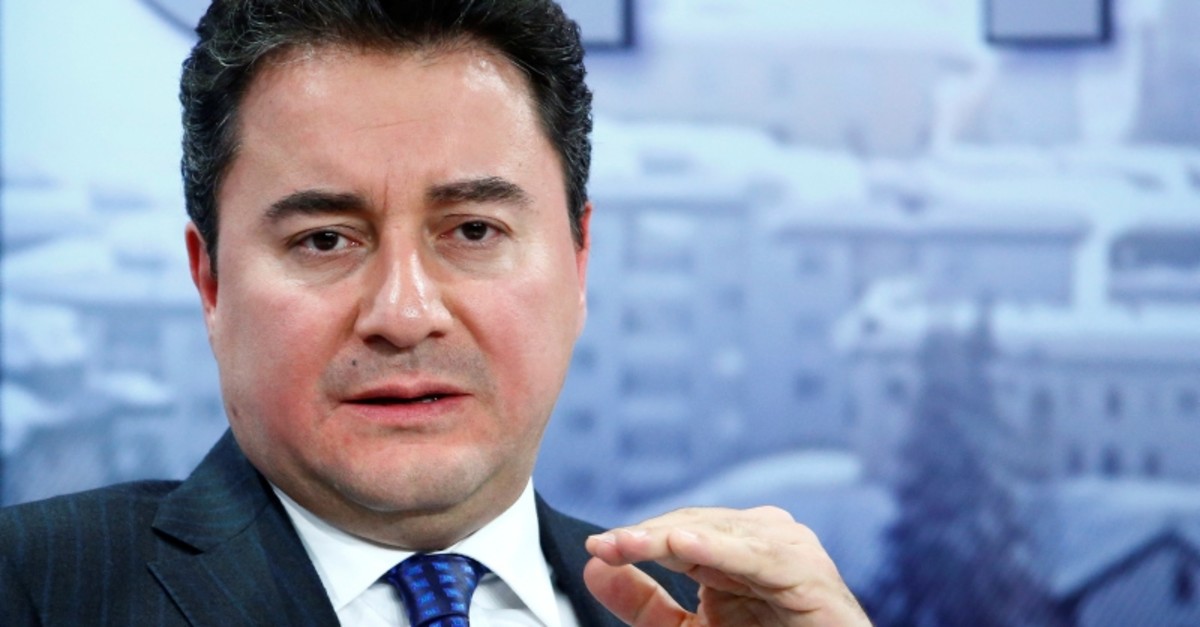 Former Deputy Prime Minister Ali Babacan's plan to establish a new party doesn't make sense in the eyes of the Turkish public, a Justice and Development Party (AK Party) official said yesterday, adding that the latest election results revealed the ruling party has not lost any ground among voters.

"Babacan doesn't have any correspondence in the electorate. If we gain 45 percent of the votes in Istanbul and 52 percent overall, it indicates that there is no gap in Turkish politics that needs to be filled," Habertürk newspaper cited the AK Party's spokesperson Mahir Ünal as saying in Tuesday's edition.

Known for his liberal political views, Babacan was in charge of the economy and also one of the founders of the AK Party. He made his intention to form a new political party more explicit following the March 31 local elections. In his resignation letter from the AK Party published Monday, Babacan said there had been serious divergences between principles he believes and the AK Party's policies in recent years, adding that the country has "a new, dynamic generation that has different expectations." "In the conditions we are going through, Turkey needs a new vision for the future. Our country needs the right analyses, strategies and plans in every field," he said in the letter.

He also stressed that new political formations that have showed up with the new executive presidential system should be carefully analyzed. The People's Alliance, formed by the AK Party and Nationalist Movement Party (MHP), gained 51.6 percent of the votes and won more than 700 municipalities in the March 31 local polls. However, the alliance lost in the three biggest cities of Turkey - Istanbul, Ankara and İzmir - against its opponent, the Nation's Alliance, which was formed by the Republican People's Party (CHP) and the Good Party (İP).

AK Party Chairman Numan Kurtulmuş said yesterday in a TV interview that they respect Babacan's decision and these splits would not harm them. Another AK Party official, Deputy Chairman Mehmet Özkaseki, also said yesterday that Babacan's party "will fail just like many other examples seen in the recent past."

Last week, talking about the preparations by Babacan and former Prime Minister Ahmet Davutoğlu to form new political parties, President Recep Tayyip Erdoğan pointed out that splinter movements from the ruling AK Party were not successful in the past. Turkish politics has often witnessed the forming of new political parties that fail to attract supporters or leave a mark on politics. The failures of newly formed parties are numerous. For instance, Emine Ülker Tarhan founded a new party named the Anatolia Party in 2014 after she resigned from the CHP. Tarhan's discourse was to "raise Turkey to its feet with the Anatolia Party." However, the party only survived a year.

Another example is former Deputy Prime Minister Abdullatif Şener, a former AK Party politician, who announced the establishment of a political party in 2009 called the Turkey Party (Türkiye Partisi). Şener closed his party shortly after its founding in 2012 due to its failure to establish its political goals. An additional example is former Foreign Minister İsmail Cem, who resigned from the Democratic Left Party (DSP) in 2002 and formed the New Turkey Party (YTP), which was closed after failing in its first elections.