A milestone for Turkey's future: July 15 through journalists' eyes 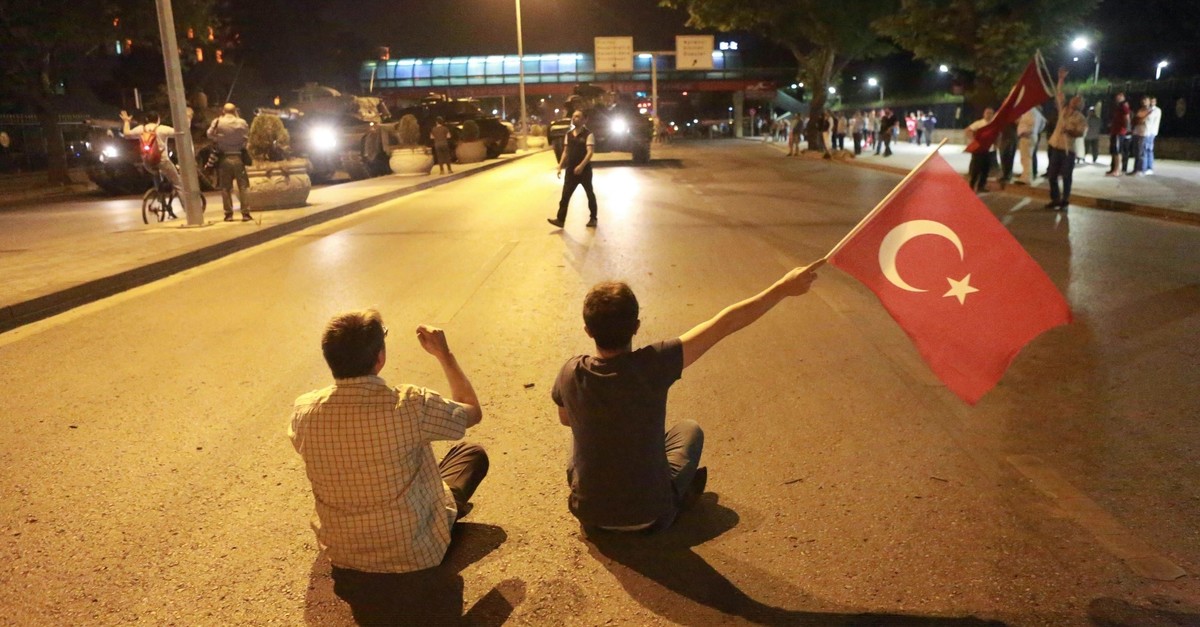 Journalists recalled memories of the July 15 coup attempt, emphasizing the necessity of an effective struggle against the Gülenist Terror Group in Turkey and abroad

"July 15 was one of the breaking points for Turkey," says Hüseyin Likoğlu, the Ankara chief of Yeni Şafak daily, one of the many journalists who witnessed the bloody attempt in Istanbul three years ago.

Describing the horrendous night as an invasion attempt, he said Turkey paid a very high price and still continues to suffer because of July 15.

"We found out that we have cancer cells in our body," said Likoğlu, referring the Gülenist Terror Group (FETÖ) who led the failed coup attempt on the night of July 15, 2016.

He said Turkey blatantly faced this terror organization for first time, which had been spinning its web for years.

"But they were not expecting this nation's glorious resistance," Likoğlu underlined.

FETÖ and its U.S.-based leader Fetullah Gülen orchestrated the defeated coup of July 15, 2016, which left 251 people dead and nearly 2,200 injured.

Meanwhile, in terms of FETÖ condition outside Turkey, he said there have been resurrection attempts by the terror organization since and some international actors still back them.

"No matter what FETÖ and its backers do, they should know that Turkey is stronger today. This terror organization's structure and links were revealed in all its dimensions. Now, it requires a more decisive approach to battle it," Likoğlu underlined.

Arzu Erdoğral, a columnist for Yeni Birlik daily, also underscored that July 15, 2016 was a milestone for Turkey and the nation since it was the biggest public resistance since the war of independence a century ago.

"We could be a country like Egypt today if this victorious resistance had not been there to prevent this treacherous coup attempt," said Erdoğral.

She said the tanks and fighter jets targeting and bombing their own nation and people that night offered clear evidence of the ultimate goal of FETÖ and Gülen. "When we think about that night, we have to remember that we should keep our anger alive against the terror organization and its supporters," Erdoğral said.

Erdoğral emphasized that Turkey as a nation has shown magnificent solidarity and bipartisanship, which has been called "The spirit of Yenikapı," with all the political parties and their leaders gathering upon the invitation of President Recep Tayyip Erdoğan in the Democracy and Martyrs Rally held in Istanbul's Yenikapı district on Aug. 7, 2016. "Turkey should continue to battle FETÖ with this spirit," Erdoğral added.

Emphasizing the fact that FETÖ is an international terrorist organization and can pose a threat anywhere and in any country they operate, Erdoğral also said Turkey's courageous resistance to the failed coup attempt should be an example for countries who may also face similar threats.

"I was wondering whether it was real or just a nightmare that night," said Hasan Öztürk, the editor-in-chief of the Ülke TV channel.

Repeating that July 15 is a milestone for Turkey, Öztürk said the resistance of the nation disappointed FETÖ and its supporters at that night. "Three years ago today, the Turkish nation made history as the nation who prevented the coup attempt with its bare hands," he said.

There are still ongoing attempts led by FETÖ to topple Turkey, instigated by the terrorist group's leader, who resides in Pennsylvania, and its supporters, Öztürk emphasized. He said he believes they cannot prevail in the Turkish nation. "A total of 251 people were martyred that night by morning. The putschists could not achieve what they wanted. Now each of us has glorious stories to tell to our children and grandchildren proudly," he said.