Body of slain diplomat brought to Turkey for funeral 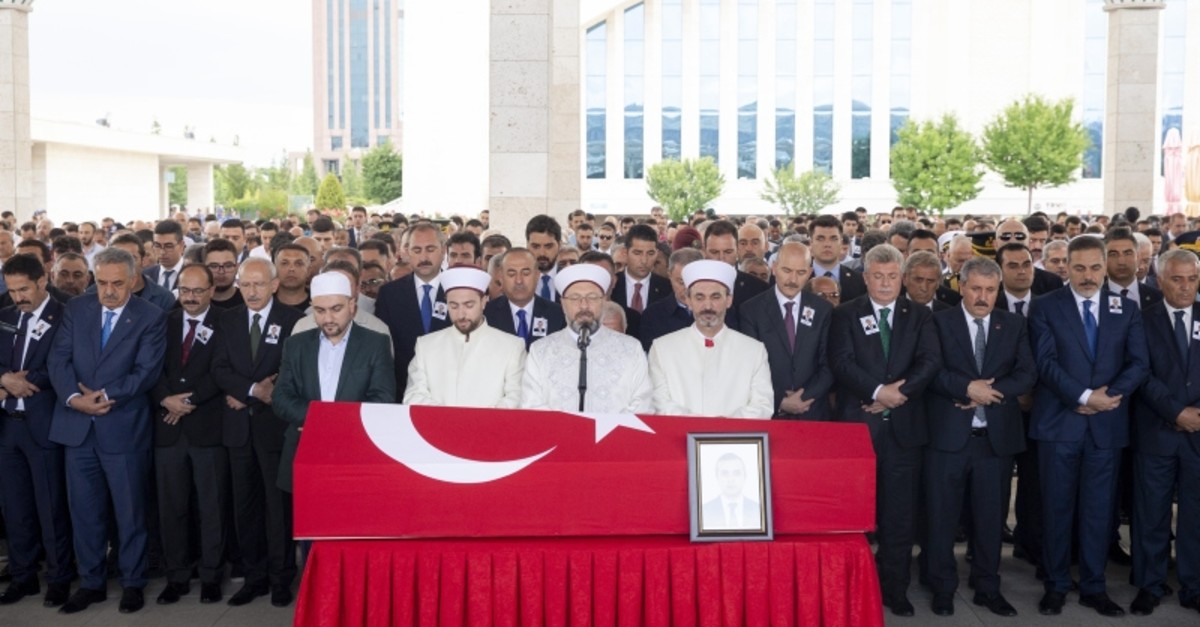 The body of the Turkish diplomat killed in an armed attack in Irbil, the capital of the Kurdish Regional Government (KRG) in Iraq, was brought to Turkey late Wednesday, as Irbil police department released the photo and identity of one of the attack suspects. 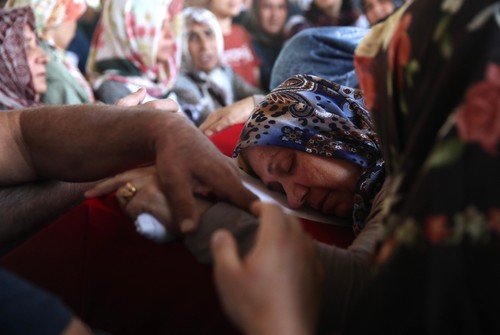 Autopsy procedures were completed at Irbil Rizgari Hospital, where the slain diplomat Osman Köse was taken after the attack, said a source who asked not to be named due to restrictions on speaking to the media. The funeral ceremony held Thursday afternoon in the capital Ankara after the funeral prayer in Ahmet Hamdi Akseki mosque. 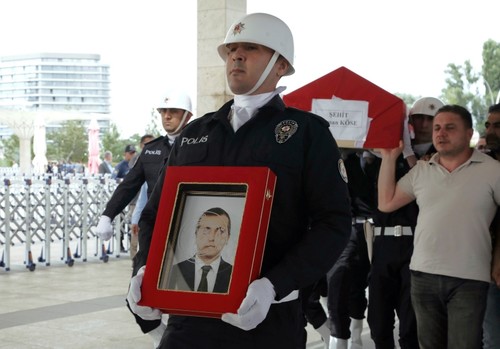 Osman Köse was appointed to Irbil for a 6-month temporary job five months ago. He was expecting to complete his job two weeks later and return to Turkey. He was married and had one child.

A Turkish delegation visited the restaurant and examined the crime scene. According to the latest reports by local authorities, the attackers were four men.

While two men entered the restaurant and ordered food sitting near the Turkish diplomats, two men waited in a car outside.

Meanwhile, the other attacker began to shoot towards two Iraqi customers. One of them died immediately and the other died in the hospital. One bodyguard accompanying the Turkish diplomat shouted at the attackers and one of them was injured while running away. On the restaurant's surveillance cameras, the attackers' faces can be clearly identified, sources have said. Also, surveillance cameras near the restaurant, which is currently closed and under renovation due to damage, have been analyzed by officials.

The Irbil police department released a photo of one of the suspected attackers on Thursday evening. 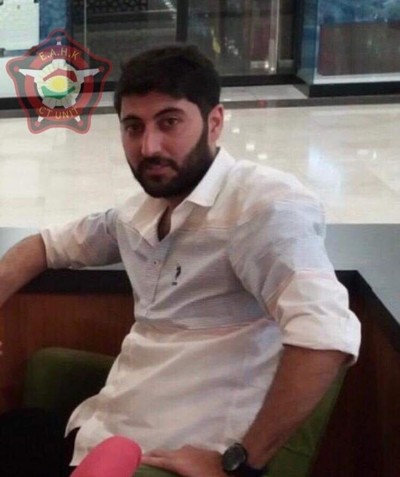 The suspect was identified as Mazlum Dağ, who was born in 1992 in the southeastern Turkish province of Diyarbakır.

The police department asked that anyone with information about the suspect report it to the security forces.

The statement said that security forces continue to search for the attacker.

On Wednesday, a Turkish diplomat, who was serving at Turkey's Consulate General in Irbil, was killed in an armed attack at a restaurant, the Turkish Foreign Ministry confirmed in a statement. Speaking to reporters in the capital Ankara, Foreign Minister Mevlüt Çavuşoğlu said three attackers were involved in the incident, while informing that two Iraqis were also attacked.

Iraq: Irbil attack will not affect ties with Turkey

The Iraqi foreign minister on Wednesday said the "criminal act" that took place in Irbil against Turkey's Consulate General diplomat will not affect ties between Ankara and Baghdad. Mohammed Ali al-Hakim's remarks came during a phone call with his Turkish counterpart, Mevlüt Çavuşoğlu, expressing his condolences "for the attack that claimed the life of the Turkish diplomat in the Irbil Consulate, and his sincere condolences to the family of the deceased," according to a statement tweeted by the Iraqi Foreign Ministry.

Al-Hakim stressed his country would exert every effort to identify the attackers and find out their motives. "This criminal act will not affect the extent and nature of the relations between Baghdad and Ankara, but will increase the two sides' determination to consolidate their relations to serve the two friendly peoples," he added.

KRG State Minister Aydın Maruf Selim, condemned the attack that killed the Turkish diplomat and said that such attacks aim to disrupt the relations between Ankara and Irbil.

Jordan was one of the latest to join the international condemnation of the attack. The country's Foreign Ministry spokesman Sufyan al-Qudah on Wednesday offered "sincere condolences to the sisterly Turkish and Iraqi governments," on the shooting, which took place in Irbil. He wished the wounded a quick recovery. "We continue our communication with the Iraqi authorities and local officials to find the perpetrators of the attack as soon as possible," he added.

The Sultanate of Oman and India strongly condemned the armed attack on Thursday.

The Omani Foreign Ministry said on Twitter: "We send sincere condolences to the friendly country of Turkey and brotherly country of Iraq" on the attack.

"India condemns the terrorist attack in Irbil yesterday. We extend our condolences to the families of the deceased, including a diplomat from Turkey," said India External Affairs Ministry spokesperson Raveesh Kumar in a statement.

"India has always opposed and rejected terrorism in all its forms and manifestations, and has urged concerted action by the international community against terrorism, including cross-border terrorism," he added.

On Wednesday, the EU, the U.S., the U.K., Iraq's KRG, and Pakistan also condemned the attack.