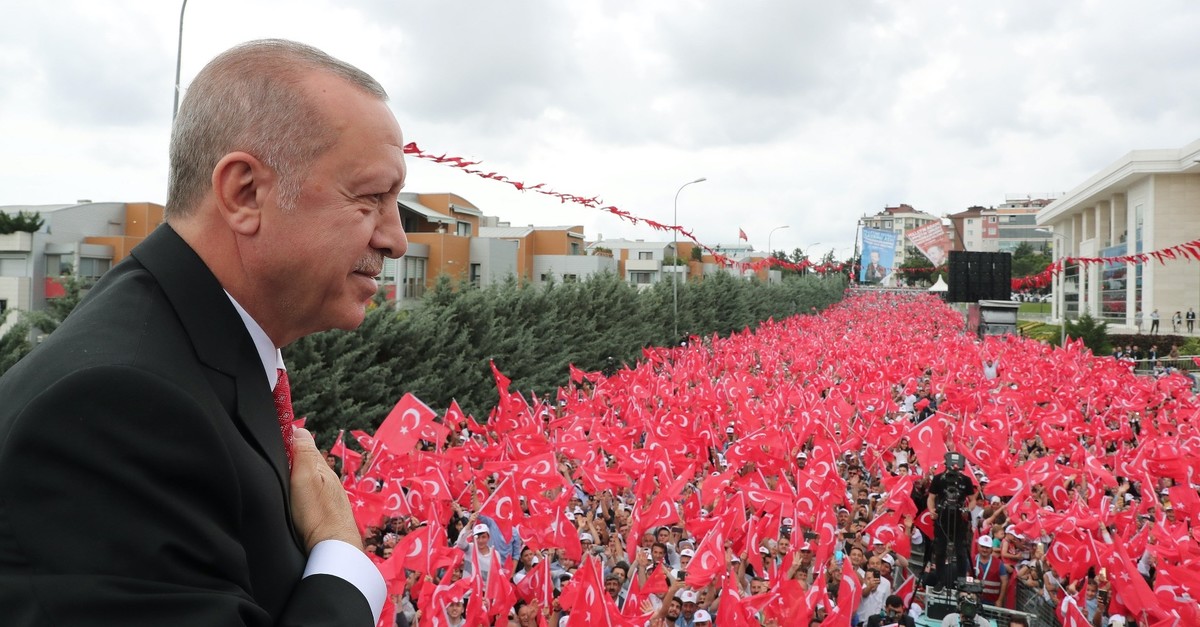 President Recep Tayyip Erdoğan, who is the acting chairman of the ruling Justice and Development Party (AK Party), started his tour to thank voters all around the country for their support in the March 31 elections. Giving priority to the provinces where the voting rate was above 50%, Erdoğan will begin with his hometown northern province of Rize, which gave the highest number of votes for the AK Party with 72%.

Erdoğan had indicated in his speech at the 130th Extended Provincial Heads Meeting on Friday that his visits would start within this month. He also stressed that the AK Party will go through major changes after the completion of his Anatolian visits and announced that he will launch the 7th Extraordinary Congress in the fall.

"A new AK Party is coming," he said, indicating the process of renewal and preparation for the upcoming general elections in 2023. "I hope that we will face our voters in four years, with the same excitement as in the first year of our establishment and as a rejuvenated party with 22 years of experience," he continued.

Stating that the staff in the party organizations will be broadened and strengthened, he also said that new policies will be adopted. After the March local elections and the redo election in Istanbul, the visits to thank the voters will initially take place in the constituencies where the voting rate was above 50% for the AK Party, including Malatya, Trabzon, Sakarya, Kahramanmaraş, Kayseri, Konya, Erzurum and Şanlıurfa provinces. During these visits, President Erdoğan will draw attention to important topics from the party's agenda and talk about the processes that were realized throughout the 17 years of the AK Party's rule since 2002.

During the congress to be held in the fall, the party organizations in provinces with lower votes will be renewed. AK Party deputies will listen to the problems, expectations and suggestions of the citizens to face the voters with a better-supported team.

Erdoğan had used the term "metal fatigue" before to point to the need for reviving the party by eliminating some members in the party who might have lost their energy to perform what is required.

After ratifying the 11th development plan for 2019-2023 on July 18, the Turkish Grand National Assembly recessed its work until Oct. 1.

At the party's Central Executive Committee (MYK) meeting, the party made the first evaluations and detailed analysis on the rerun mayoral elections in Istanbul.

The People's Alliance, formed by the AK Party and the Nationalist Movement Party (MHP), gained 51.6% of the votes and won more than 700 municipalities in the March 31 local polls.

However, the party lost votes in the three major cities of Ankara, Istanbul and İzmir – along with other metropolises including Mersin, Antalya and Adana – to the opposition Nation Alliance formed by the Republican People's Party (CHP) and the Good Party (İP).