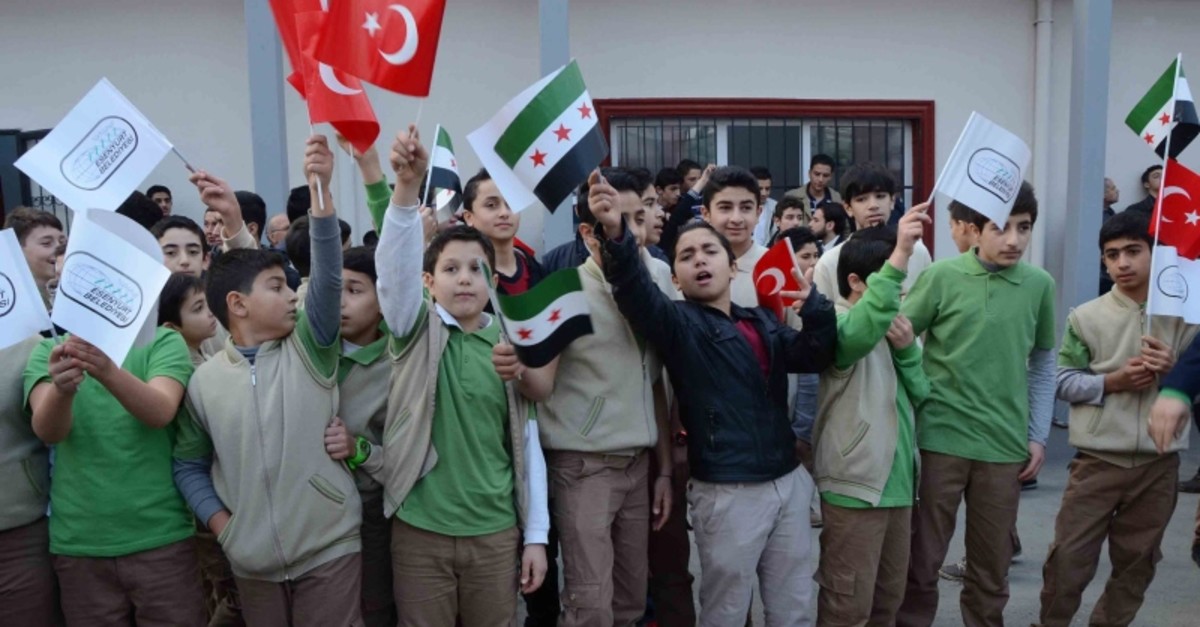 Syrian refugee children receive education in Esenyurt, a district of Istanbul, Turkey. (AA Photo)
by Anadolu Agency Aug 03, 2019 12:12 am
There is no operation in Turkey targeting the deportation of Syrians who were forced to flee from violence, the National Coalition of Syrian Revolution and Opposition Forces said in a written statement on Friday.

"As stated by the Turkish authorities to us at the highest level, in Turkey there is no operation targeting Syrians with the aim of deporting them," the statement read.

The statement rejected the claims of deported Syrian citizens hosted in Turkey, adding that the country provides "temporary protection" status to their nationals in accordance with international law.

"According to the information we have received from relevant authorities concerning recent developments, certain allegations published in the international press and on social media do not reflect the truth," it said.

The statement stressed that the Syrian National Coalition and the Syrian Interim Government are closely following developments in the country, adding that they will withstand those attempting to undermine the "peaceful and friendly coexistence under Turkey's roof."

It also said that the organization observes Turkey's efforts to ensure public order under its migration strategy, and implementation of a monitoring mechanism for unregistered illegal migrants, as well as Syrians currently living in Istanbul, but registered in another city.

Referring to state officials, the statement underlined that the Turkish government in accordance with its humanitarian and balanced policy "has no intention of deporting" Syrian citizens who fled from the war and took refuge in the country.

"We have been informed that Turkey strictly complies with the principle of 'non-refoulement,' as required by the U.N. Geneva Convention Relating to the Status of Refugees."

The statement also expressed the gratitude for Turkish nation's "kind hospitality" extended to Syrian nationals, noting that the country hosted "in a peaceful manner" over 3.63 million Syrians as of July 18.

It highlighted that when many others "turned a blind eye" to the humanitarian crisis in Syria, Turkey has "shouldered responsibility" and opened its doors to Syrians fleeing from the war.

"Friendly country Turkey has hosted millions of Syrians since 2011 and we are witnessing that Turkey's policy toward Syrians remains unchanged," it said.

Syria has only just begun to emerge from a devastating conflict that began in 2011, when the Assad regime cracked down on demonstrators with unexpected severity.
RELATED TOPICS