First lady: Main goal is to take our local values to global arena 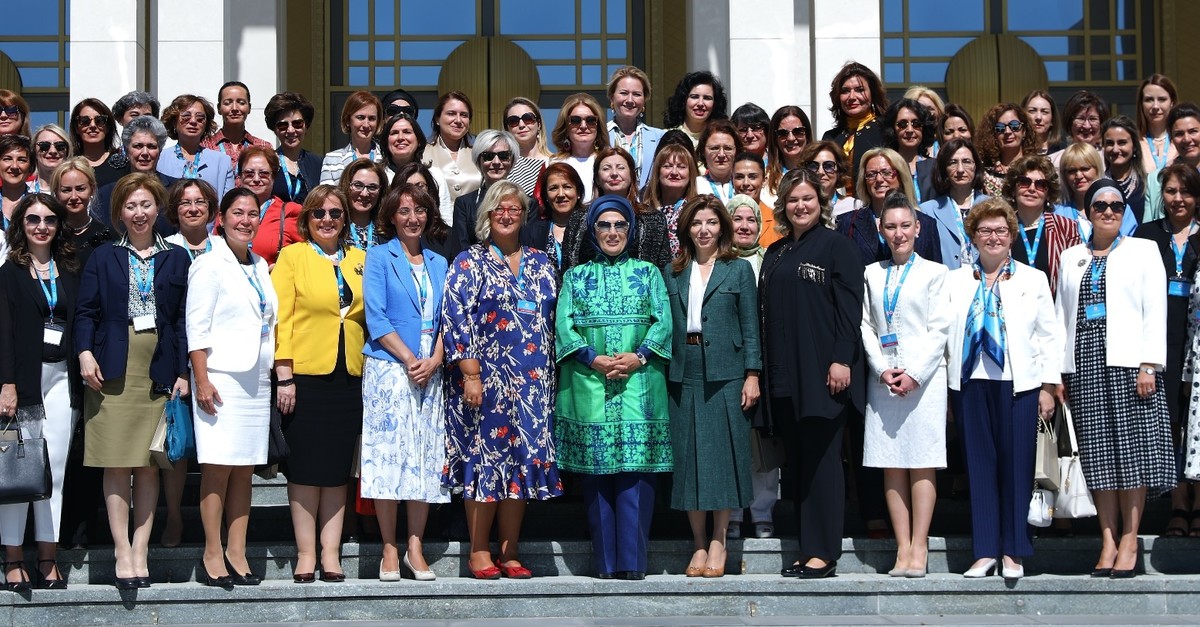 Bringing our local values to the global arena must be the aim for all of us, first lady Emine Erdoğan said Wednesday, pointing at the importance of cultural diplomacy.

"I believe that we need to lean on this topic [cultural diplomacy] more than ever. Because in terms of cultural heritage, Turkey has the power to become a superpower," said Erdoğan, underlining that it is crucial to explain the improvements that took place in Turkey to the world in the right way. Speaking at a lunch where she hosted women envoys and the wives of envoys, Erdoğan said that through activities that would introduce Turkish culture, bridges between people must be built. She also called on her guests to collaborate with various Turkish state institutions on these issues, which would create a cultural diplomacy initiative.

The lunch took place as part of the 11th Ambassadors' meeting in Ankara.

The first lady also expressed her contentedness meeting the women envoys and the wives of envoys, noting the importance of representing Turkey abroad. "I am proud of the women who have come to such critical positions at either the Foreign Ministry or other state institutions. May your successes be forever," Erdoğan indicated.

Previously in February, Erdoğan hosted women ambassadors and female spouses of foreign envoys at the Beştepe Presidential Complex where miniature paintings by 14 women were displayed in an exhibition. Erdoğan stressed the role of ambassadors and their spouses in enhancing cultural dialogue and building bridges between people. "You add richness to our country as members of different cultures. You are key to cultural communication," she said during the lunch following the miniature exhibition.

"I attach great importance to cultural interaction and energy that ensues from it because when people get to know each other prejudices and hostilities disappear. Thus, the source of peace in the world is acquaintanceship," she said.