Int'l community focus on refugee crisis again, after a decade of failure in providing a proper response 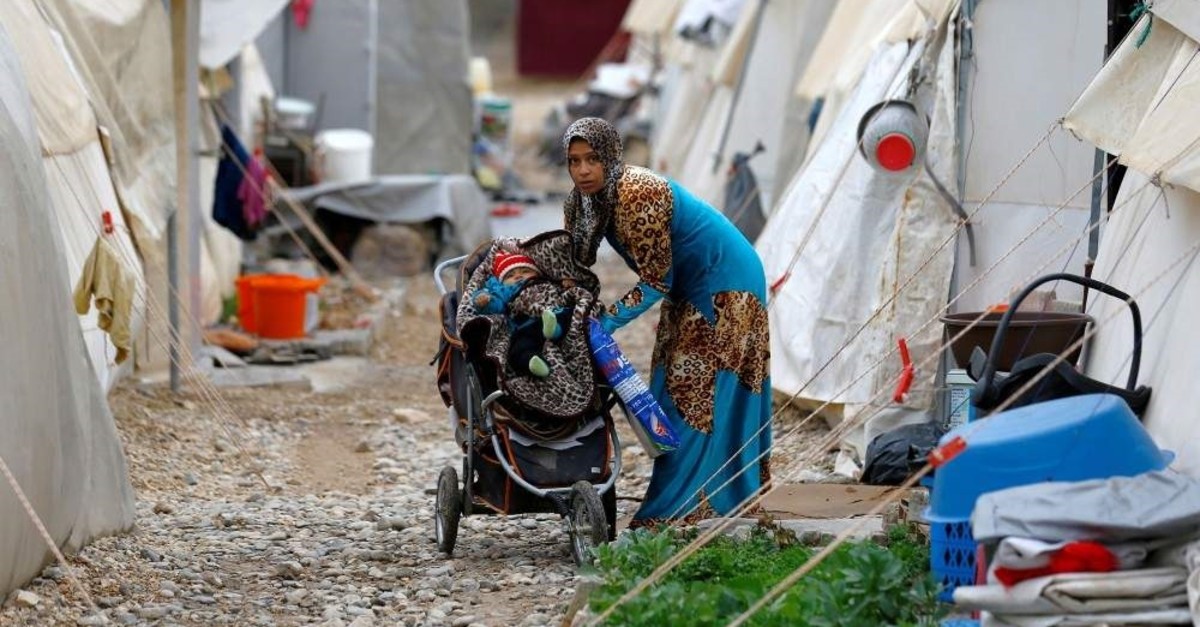 While host countries such as Turkey, Jordan and Lebanon contributed large amounts of their resources for the refugee communities, the West had a disappointing record of refusing to tackle the problem. Still, the Global Refugee Forum kicks off with the hope of coming up with substantial, concrete solutions to the issue.

For three days, the attention of the international community is expected to be exclusively focused on the refugee crisis thanks to the Global Refugee Forum. The forum is organized by the United Nations Refugee Agency (UNHCR) in Geneva and Switzerland with the aim of generating new approaches and commitments from a variety of actors to assist and respond to refugee needs more effectively. Being conducted for the first time with the participation of representatives from the states, U.N. Agencies, nongovernmental organizations and many other international actors, the forum, in its words, “comes at the end of a tumultuous decade,” which has been marked by various refugee crises. Although the premise of the forum is to come up with substantial concrete results that would help the refugees worldwide, the record of especially the Western world on the issue proves that the world is miles away from being a safe, promising a place for the refugees while countries like Turkey does its utmost for them.

The forum, starting Monday, will last until Wednesday and will feature a series of sessions and events as well as speakers from all around the world who are experts on the issue. The topics of the sessions will range from topics like sustainable energy for food security and nutrition in refugee and host community settings to working together to facilitate refugee self-reliance, measuring the impact of hosting, protecting and assisting refugees, and the role of education in unlocking opportunities for refugees. The session topics are inclusive in terms of addressing all types of refugees by including all areas of the world, from Africa to the Americas, as well as variables such as age and gender. Some sessions prioritize providing a space for refugees themselves by enabling them to voice their own experiences. The forum also provides space for countries like Turkey, which hosts a substantial community of refugees, by enabling many crucial names from the country, including the head of the state, President Recep Tayyip Erdoğan, to address the challenges faced as well as to discuss the countries experience with the refugee community.

While the U.N. defines a migrant as “any person who is moving or has moved across an international border or within a state away from his/her habitual place of residence,” when it comes to refugees, it makes a clear distinction by saying that a refugee is “someone who has been forced to flee his or her country because of persecution, war or violence.” This emphasis on being “forced” to migrate puts refugees in a unique position while making them a much more vulnerable community that has special needs that have to be addressed through tailored responses.

28.7 million refugees in the world

According to U.N. data, the number of overall migrants in Turkey, which has been receiving a major refugee flow since the early 2010s, makes up 7% of the country’s total population. Following an open-door policy since the start of the civil war in the neighboring country of Syria, where most of the refugees come from, Turkey has spent nearly $40 billion for the refugee community specifically, while it has only received about 6 billion euros ($6.69 billion) of support from the international community. When it comes to Jordan, migrants make up 33.1% of the country’s overall population, in a country where the refugee flow has been on the rise since 2006 with Palestinians’ arrival. The cost of the refugees for the country has become more than 15% of the government’s overall spending every year since 2014. In Lebanon, migrants make up 27.2% of the country’s population, and the country has been receiving major refugee flows consistently since 2010. Since 2011, the country received 1.5 million Syrian refugees. The country’s State Minister for Refugee Affairs Saleh Gharib made a statement in May, saying that the refugees are costing $330 million in electricity and $50 million in water.

While these countries are going to the ends of the earth for the refugees, the Western world seems to be only interested in preventing refugee flows instead of coming up with solutions for the refugee problems as well as providing assistance to the refugee-hosting countries. Germany is the country in the forefront in the Western world when it comes to hosting refugees. The country has been hosting 1.4 million refugees with numbers increasing since 2015. The country has previous refugee-hosting experience as well since it has been almost regularly receiving refugees since 1985. Currently, the overall migrant community makes up 15.7% of the country’s total population. However, apart from Germany, there are not many refugee receiving countries in Europe with remarkable numbers. For instance, the U.K. has only 162,200 refugees, while the Netherlands has 109,700 refugees and France has 400,200.

Southern Europe has even worse records when it comes to refugees, especially since these are the countries that face the refugee flows first in the continent. Italy hosts 354,700 refugees, while Spain hosts only 52,400 and Greece hosts 83,100. Some of these countries are also known for their brutal treatment of refugees, including beating them, forcing them to return and leaving them without food and shelter. According to Turkey's Interior Ministry, in the first 10 months of 2019, 25,404 irregular migrants were pushed back into Turkey by Greece, a significant increase from the 11,867 migrants pushed back in 2018. Under international laws and conventions, Greece is obliged to register any illegal migrants entering its territory; yet, this is not the case for the thousands of migrants who were forcibly returned to Turkey.

Europe even signed a deal with Turkey in 2016 to prevent refugee crossings to the continent. Under the deal, Greece sends back migrants held on the Aegean islands they crossed to from nearby Turkish shores and in return, EU countries receive a number of Syrian migrants legally. The deal, reinforced with an escalated crackdown on human smugglers and more patrols in the Aegean, significantly decreased the number of illegal crossings.

Countries like Italy, Hungary and Austria are specifically known for having anti-refugee governments. In 2019, Italy and Malta brought a new level to the refugee hatred by refusing to assist refugees stuck within their maritime borders, leaving them at rescue boats. Instead of taking rescued refugees into their own countries, many EU leaders offered to build partnerships with countries like Egypt and Tunisia as “proper” places for refugee resettlement. Even if EU countries accept refugees, there has been an excess of hate crimes and discrimination recorded against the community.

Record of the U.S. over refugees worsens

On the other hand, Europe is not alone in the western world when it comes to the anti-refugee policies. Despite having the largest number of migrants, the number of refugees in the U.S. is only 929,800 — a very small number compared to the country’s overall population of 327.2 million. Despite being known for its open-door policy toward refugees for years, recently, with the coming of the Trump administration to the governance, the anti-refugee stance started to grasp the country as a whole. New security vetting procedures have been imposed, increasing the waiting process of the refugees and making the overall process much more difficult for refugees in general. While the number of refugees admitted was 60,191 back in 2008, the number reduced to 18,051 in 2019.

Still, the U.S. has kept its position as the biggest donor country to the UNHCR by donating $1.6 billion in 2019 alone. The U.S. is followed by the EU in the ranking, which donated $428 million to the U.N. agency. Yet, despite the donations, a Dec. 5 statement of the UNHCR shows that the situation for refugees in the world is still not bright since “the gap between needs and available funding continues to grow.” The statement also points at the fact that most of the conflicts are still unresolved, causing more and more people to be displaced every day.

Yet, the statement also expresses hope from the forum to offer a solution to all of these problems, with donors providing more financial support while easing pressure on the host countries, despite the disappointing response from the Western world so far.