'No plan in region can succeed without Turkey' 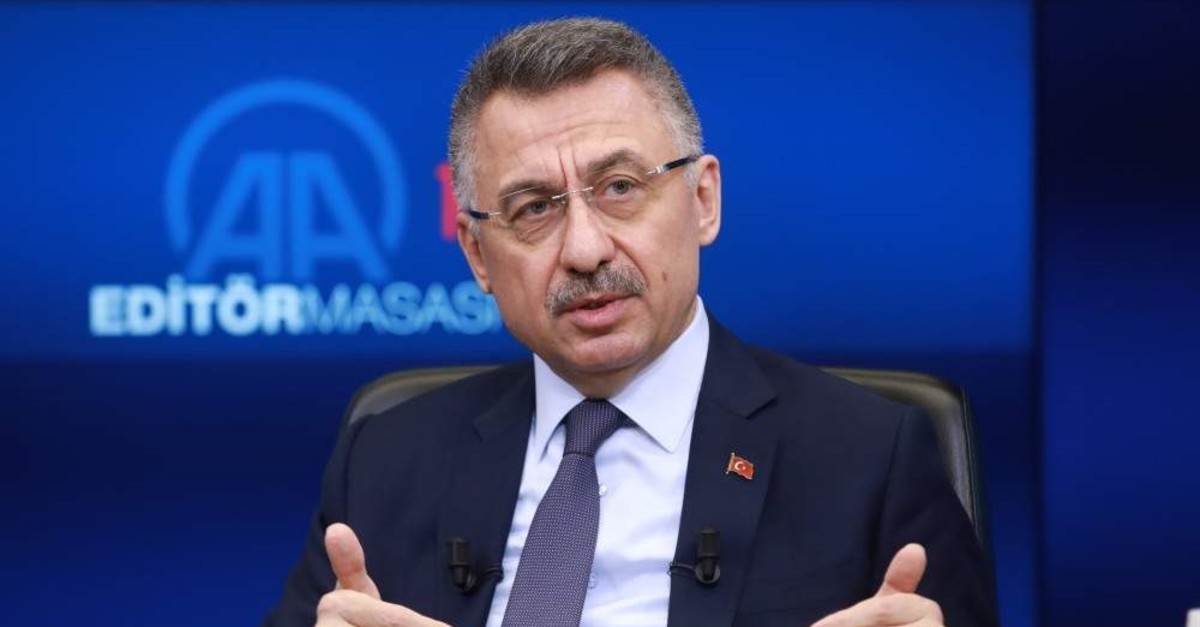 No plan in the region that excludes Turkey has any chance of success, the Turkish vice president said Wednesday.

Speaking on Turkey's pact with Libya in November demarcating maritime boundaries in the Mediterranean, Fuat Oktay told Anadolu Agency's Editors' Desk the deal had foiled a plot to confine Turkey to land.

"No matter who is involved, no plan in the region which excludes Turkey has any chance of success," he stressed.

On Nov. 27, Ankara and Libya's U.N.-recognized Government of National Accord (GNA) signed two separate pacts, one on military cooperation and the other on maritime boundaries of countries in the Eastern Mediterranean.

Since the ouster of late leader Moammar Gadhafi in 2011, two seats of power have emerged in Libya. The illegitimate forces of Khalifa Haftar in eastern Libya are supported mainly by Egypt and the United Arab Emirates, while the GNA in Tripoli enjoys U.N. and international recognition.

Oktay also touched on the expected continuation of a positive economic trend in 2020.

"Turkey's economy was balanced and disciplined in 2019, and now 2020 will see the start of a new revival," Oktay said.