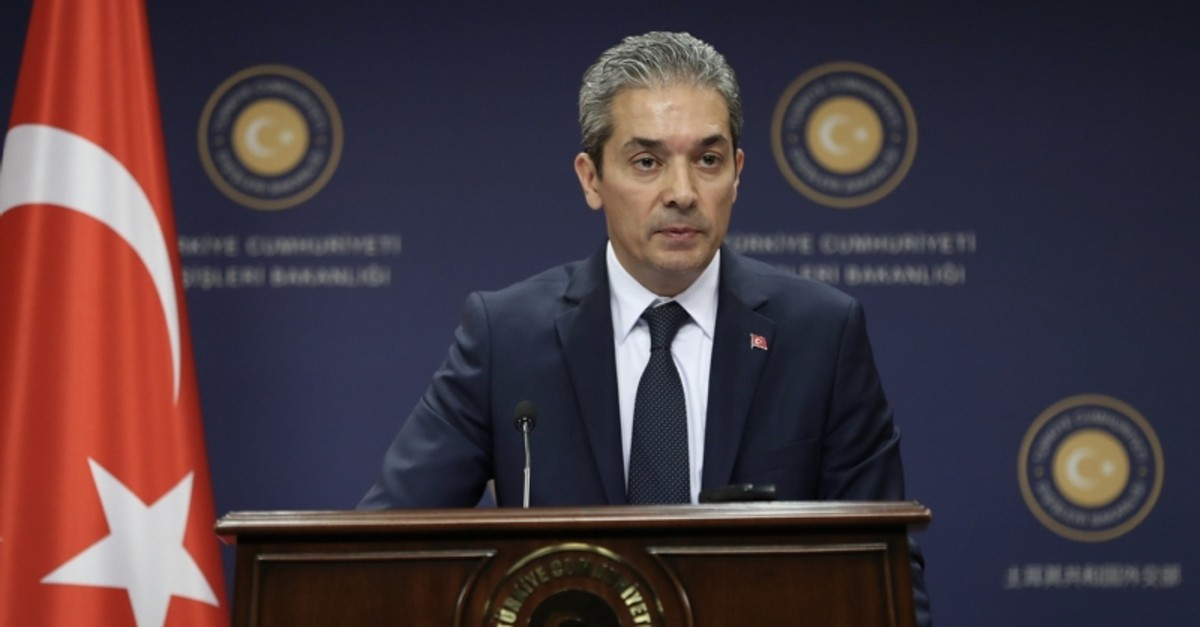 |AA Photo
by daily sabah Jan 01, 2020 1:31 pm
An enduring solution to the Libyan crisis is only possible through diplomatic means, Ankara said Tuesday, criticizing the Arab League for supporting maneuvers against the legitimate government of the country.

"Contrary to the Libyan Political Agreement and UNSC Resolution 2259, it is obvious that the Arab League has remained silent and failed to decisively support international legitimacy against the monthslong, foreign-backed military offensive against Tripoli, the capital city, by the so-called Libyan National Army," Foreign Ministry Spokesperson Hami Aksoy said in a statement Tuesday.

U.N. Security Council Resolution 2259 intends to support and strengthen the Government of National Accord (GNA), led by Prime Minister Fayez al-Sarraj, as the sole legitimate representative of Libya and calls upon all U.N. members to act in this manner.

Libya's U.N.-recognized GNA has been struggling against the aggression of a group that labels itself the Libyan National Army, led by Libyan warlord Khalifa Haftar. Haftar has been trying to capture the capital, Tripoli, for nine months with the aid of mercenaries brought from neighbor countries, including Sudan and Chad. Haftar's illegal attempts to grab power are being supported by the United Arab Emirates, France, Saudi Arabia and Russia.

"From the onset, Turkey has been underlining the necessity for an immediate and full cease-fire in order to reach a political solution in Libya. It is upon this understanding that we are actively participating in and contributing to the Berlin Process," Aksoy said.

The Berlin Conference on Libya is expected to convene in the German capital in January.

Stressing that Turkey would continue to support legitimate actors in Libya, Aksoy said that an inclusive, permanent solution which was Libyan-led and Libyan-owned could only be reached by "deterring and by not encouraging those who would attempt to create a fait accompli through military means."
RELATED TOPICS