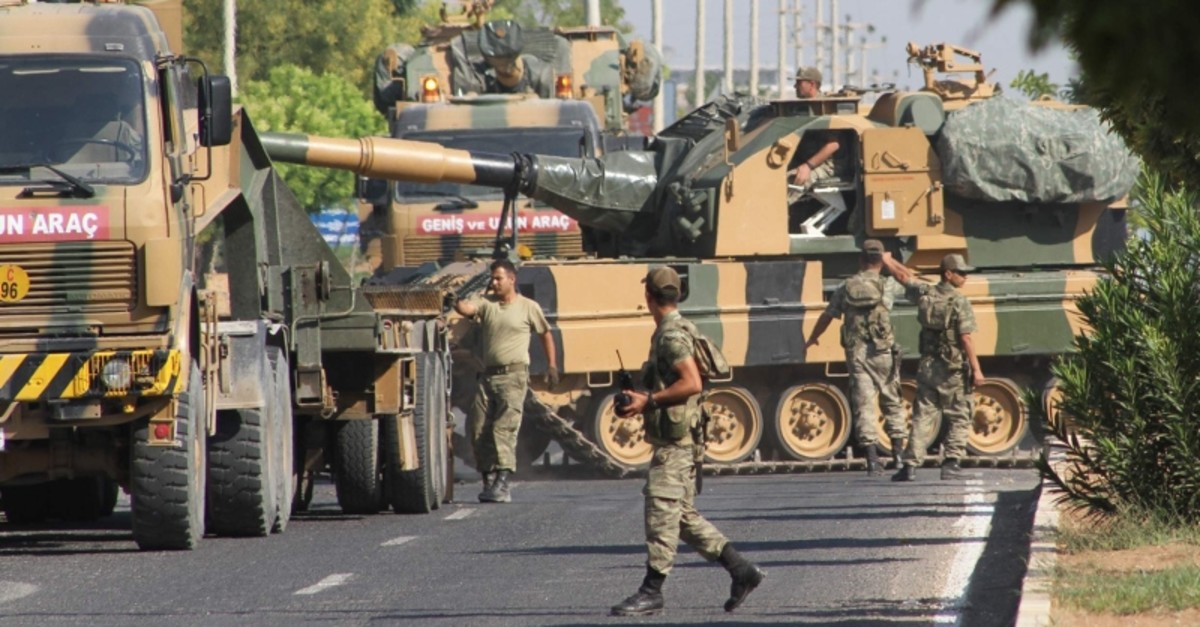 Northwestern Syria saw increasing tensions late Sunday as Turkey upped its reinforcements in the face of Syrian regime's attacks against civilians in Idlib.

Syrian locals on social media claimed that there were sporadic clashes between Turkish soldiers and Assad regime forces, even though the claims remain unconfirmed.

Sources said that Turkey was deploying special forces to the border with Syria to strengthen its troops standing guard.

Some social media users went so far as to say they have information regarding an upcoming "massive operation about to take place" in a claim likely stemming from the fact that a large Turkish military convoy crossed into opposition-held areas of northwest Syria earlier on the same day.

The violence and troop movements came amid an Assad regime offensive into the country's last opposition stronghold, located in Idlib province and parts of the nearby Aleppo region. Turkish troops are deployed in some of those opposition-held areas to monitor a cease-fire that has since collapsed.

Relations between Turkey and Syria have deteriorated sharply since Syria's civil war began in 2011.

The Turkish military convoy consisted of dozens of armored vehicles, fuel tanker trucks and flatbed trucks carrying tanks and armored personnel carriers. An Associated Press (AP) video from northern Syria showed Turkish troops had remained in their vehicles and none were seen on the road as civilian cars drove past and residents stood by watching.

The Syrian Observatory for Human Rights, an opposition war monitor, put the number of Turkish vehicles at around 195.

With Russian backing, the Assad regime has been on the offensive since December to capture and reopen a strategic highway held by the rebels since 2012, despite a cease-fire deal brokered late last year between Russia and Turkey.

Regime forces captured the key town of Maaret al-Numan from the rebels Wednesday, and have now set their sights on the town of Sarqeb. The strategic highway passes through both.

Idlib province is home to some 3 million people, many of them displaced from other parts of Syria in earlier bouts of violence. The United Nations has estimated that 390,000 Syrians have been displaced there over the past two months — 315,000 in December and 75,000 in January.

Turkey already hosts 3.5 million Syrian refugees, and the current wave of violence in Idlib has risen concerns of a new surge in displaced civilians fleeing toward the Turkish border.