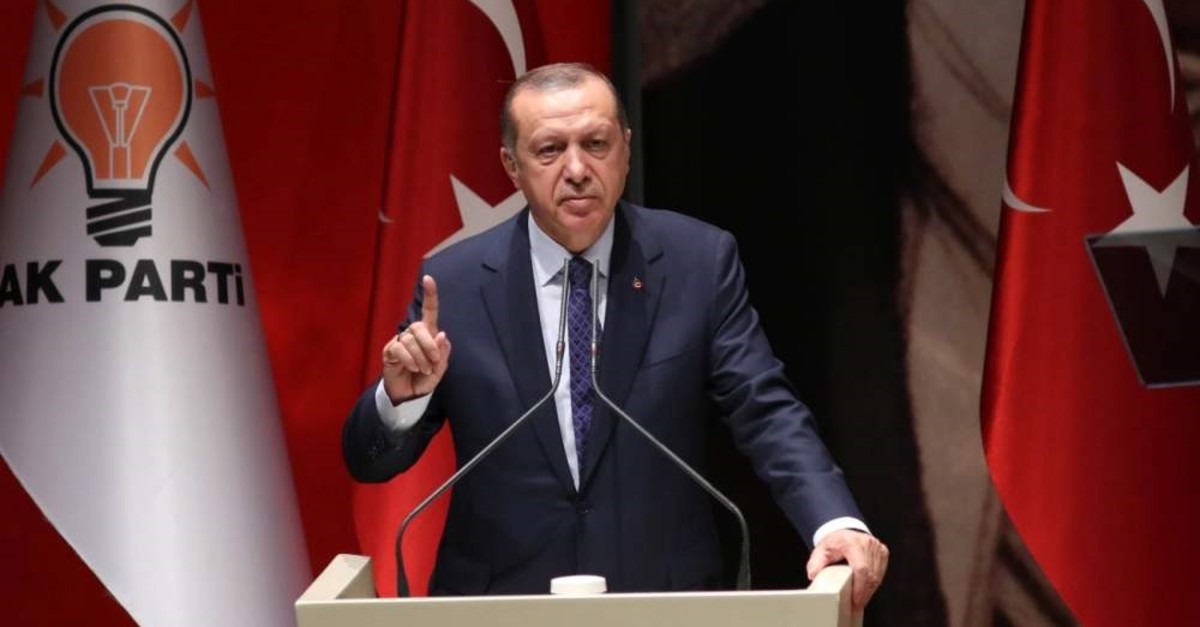 President Recep Tayyip Erdoğan recently sent a letter to former district chairs of his ruling Justice and Development Party (AK Party) and underlined the main principles and values of the party.

“We, all together, serve a cause that has become a glimmer of hope for all the oppressed in our country and the whole world,” said Erdoğan in his letter.

Reminding of the burden that party officials bear for the ideal of a greater Turkey, Erdoğan expressed his pride and happiness to work with people who are aware of the importance of their mission.

Emphasizing that the AK Party takes its power from unity and solidarity, Erdoğan said that they are all members of an organization in which everyone bears big responsibilities and sometimes sacrifices.

“There is no “new” or “old” within the AK Party, there are only changes in jobs. Every AK Party member is a member of this sacred cause until death. We have lots of roads to walk and lots of missions to take this matchless country and our saintly nation to the point where they belong,” he said.

He also thanked all district officials for their devotion and sacrifices to improve Turkey’s democracy and development.

Founded on Aug. 14, 2001, under the leadership of Erdoğan, the AK Party has become the most successful political party in modern Turkey's democratic history with its successive election victories and has led reforms that improved the country's democracy and economic standards.

Only one year after its foundation, the AK Party saw great achievement in its first general elections, garnering 34.3% of the vote in the Nov. 3, 2002, elections and earning 363 seats in Parliament. Since then, the AK Party has never lost an election.