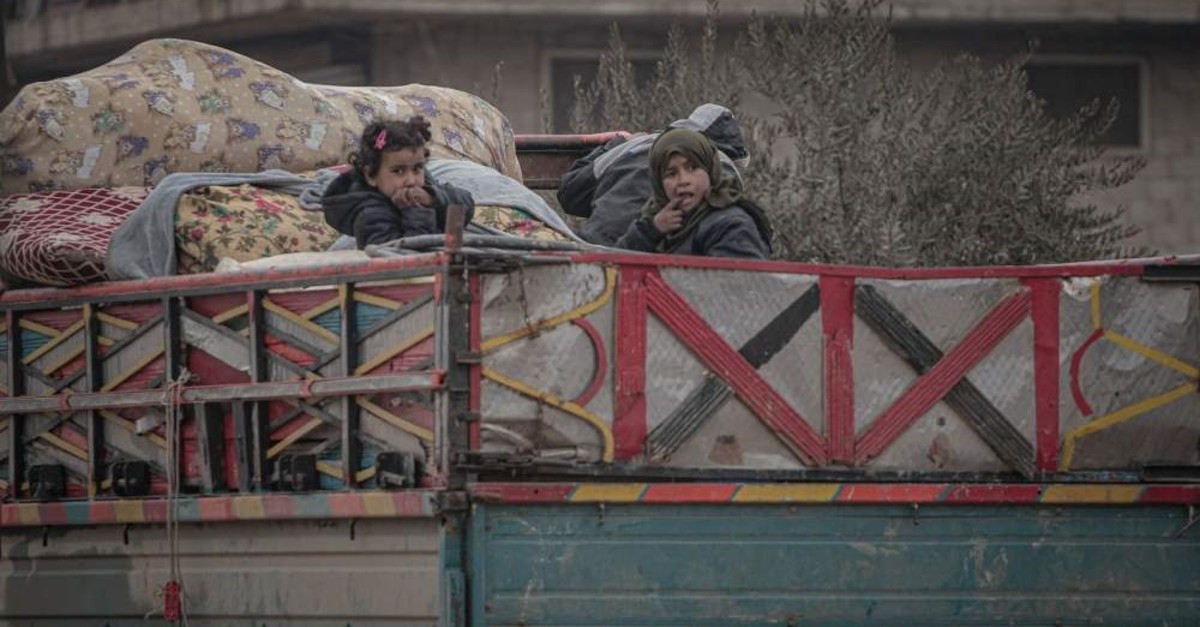 The European Union called for an immediate halt to the aggressive offensive by the Russia-backed Bashar Assad regime forces in Syria's northwestern Idlib on Friday, saying that the latest actions were "unacceptable."

The EU's 27 leaders on Friday said in a statement that the EU is ready to boost aid to the most vulnerable civilians affected in the Idlib region.

"The renewed military offensive in Idlib by the Syrian regime and its backers, causing enormous human suffering, is unacceptable," said the European Council.

In a statement, the European Council, which defines the EU's overall political direction and priorities, urged all parties to the conflict to fully respect their obligations under international law "to allow unimpeded and direct humanitarian access to all those in need."

The bloc reiterated "its calls on all parties to put in place a sustainable cease-fire, guarantee the protection of civilians and fully implement their commitments under the Sochi Memorandum of Sept. 17, 2018."

"The EU supports a credible political solution in line with U.N. Security Council Resolution 2254 and the Geneva Communique," it said in the statement.

French President Emmanuel Macron called on the U.N. Security Council, which France is a permanent member of, to "take responsibility" after Russia blocked it from adopting a statement calling for a cease-fire.

Russia on Wednesday objected to the U.N. Security Council adopting a statement that would have called for a cease-fire in northwest Syria, diplomats said, after a tense, closed-door meeting.

"We tried very hard to have a press statement calling for the cessation of hostilities and humanitarian access to Idlib," Nicolas de Riviere, French ambassador to the United Nations, told reporters. "Basically Russia said no, which is very painful."

In September 2018, Turkey and Russia agreed to turn Idlib into a de-escalation zone in which acts of aggression are expressly prohibited. But more than 1,800 civilians have since been killed in attacks by the Assad regime and Russian forces, flouting both the 2018 cease-fire and a new one that started on Jan. 12.

In all, since Jan. 1, this year, the U.N. Human Rights Office has recorded the deaths of 298 civilians in Idlib and Aleppo. The Syrian regime and its allies caused around 93% of those deaths, according to the U.N. Also, 10 medical facilities and 19 educational facilities were either directly hit or affected by strikes close by.