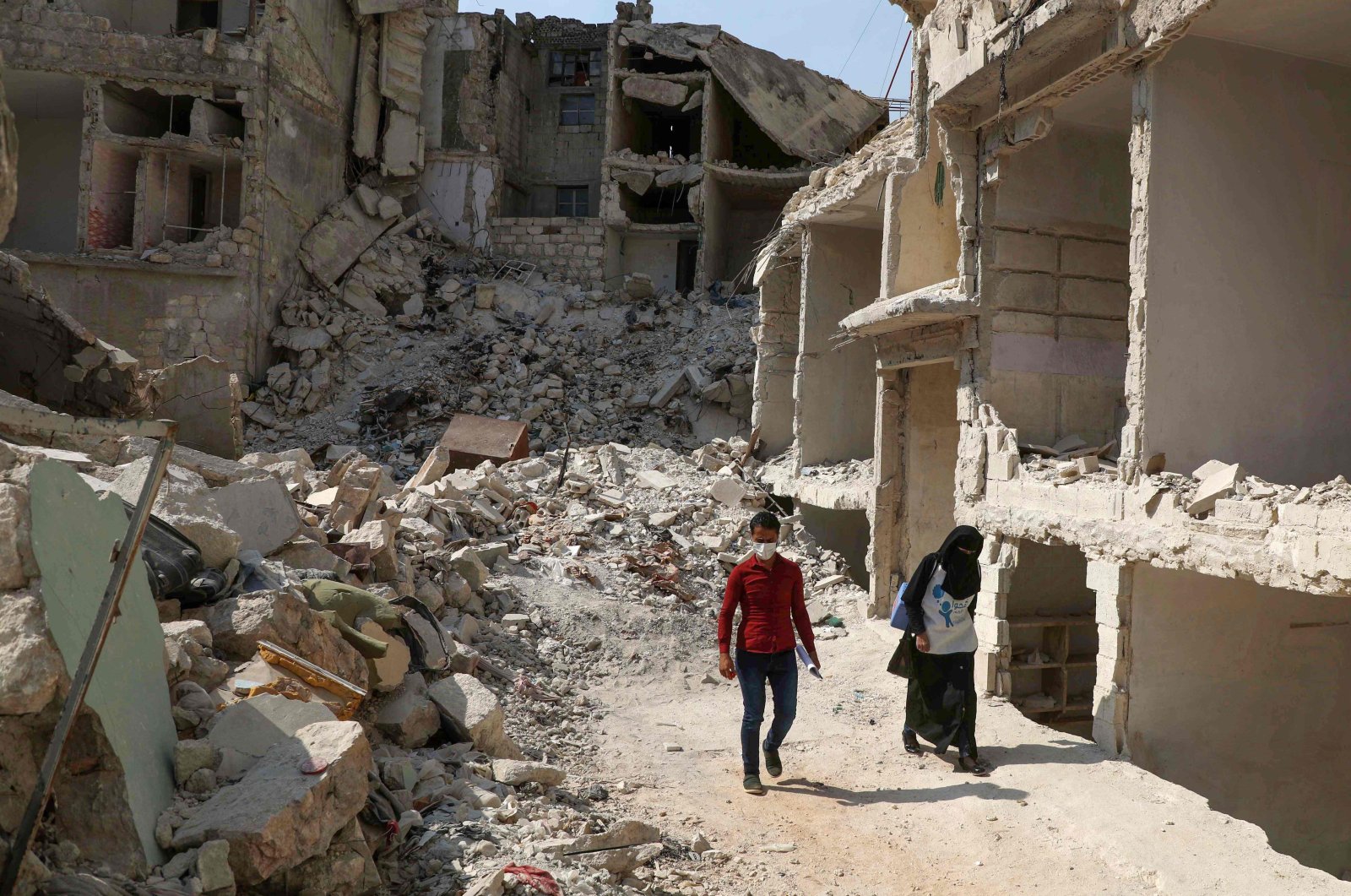 A team of two Syrian medics, taking part in a vaccination campaign against the polio disease, go door to door in the ravaged town of Ariha in the opposition-held northwestern Idlib province, to give vaccine drops to children, Oct. 10, 2020. (AFP Photo)
by Daily Sabah with Wires Oct 11, 2020 1:22 pm
RECOMMENDED

The Tehran-backed terrorist groups and the Assad regime have violated the March 5 cease-fire deal between Turkey and Russia on several occasions in recent weeks. Earlier Friday, they killed another civilian, a 2-year-old baby girl, in rocket and mortar attacks.

Ankara and Moscow, which back opposing sides in the Syrian Civil War, agreed to halt military activities in the northwestern Idlib region after an escalation of violence displaced nearly 1 million people and brought the two sides close to confrontation.

Idlib, lying along Turkey's southern border, has long been under siege by Assad forces and their allies, with previous cease-fires in the region having been plagued with violations.

An influx of displaced civilians has increased the area's population to about 4 million in recent years.

Since April 2018, attacks on the last opposition stronghold dramatically intensified and caused new waves of refugees to move toward the Turkish border, putting Turkey, which already hosts 3.5 million Syrians, in a difficult position.

As a result, Turkey, which has the second-largest military in the transatlantic NATO alliance, has funneled troops and equipment into the region to stop the Syrian regime's advance.