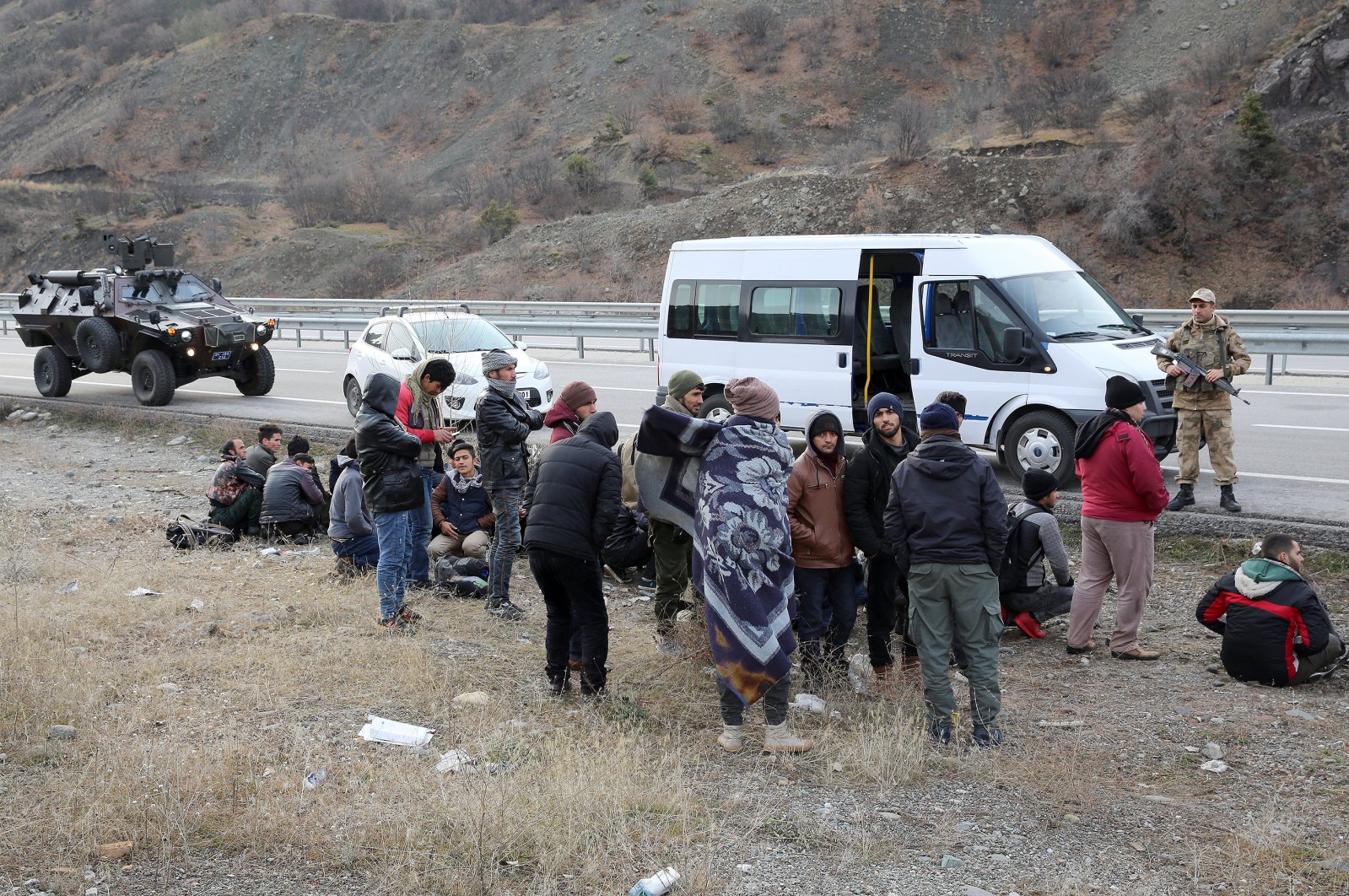 A group of migrants from Iran, Afghanistan, Pakistan and Nigeria were left on the roadside by human traffickers in Üzümlü district, Erzincan, Jan. 17, 2018. (AA Photo)
by Anadolu Agency
Oct 07, 2021 8:46 am

Acting on a tip that migrants who illegally crossed Turkey's border would be transferred to western provinces by vehicles, security forces launched an investigation across Erzincan province.

Stopping a minibus and a car on the road, they caught 29 Afghan nationals, 10 of whom were children.

The migrants were transferred to the Provincial Directorate of Migration Management after routine procedures.