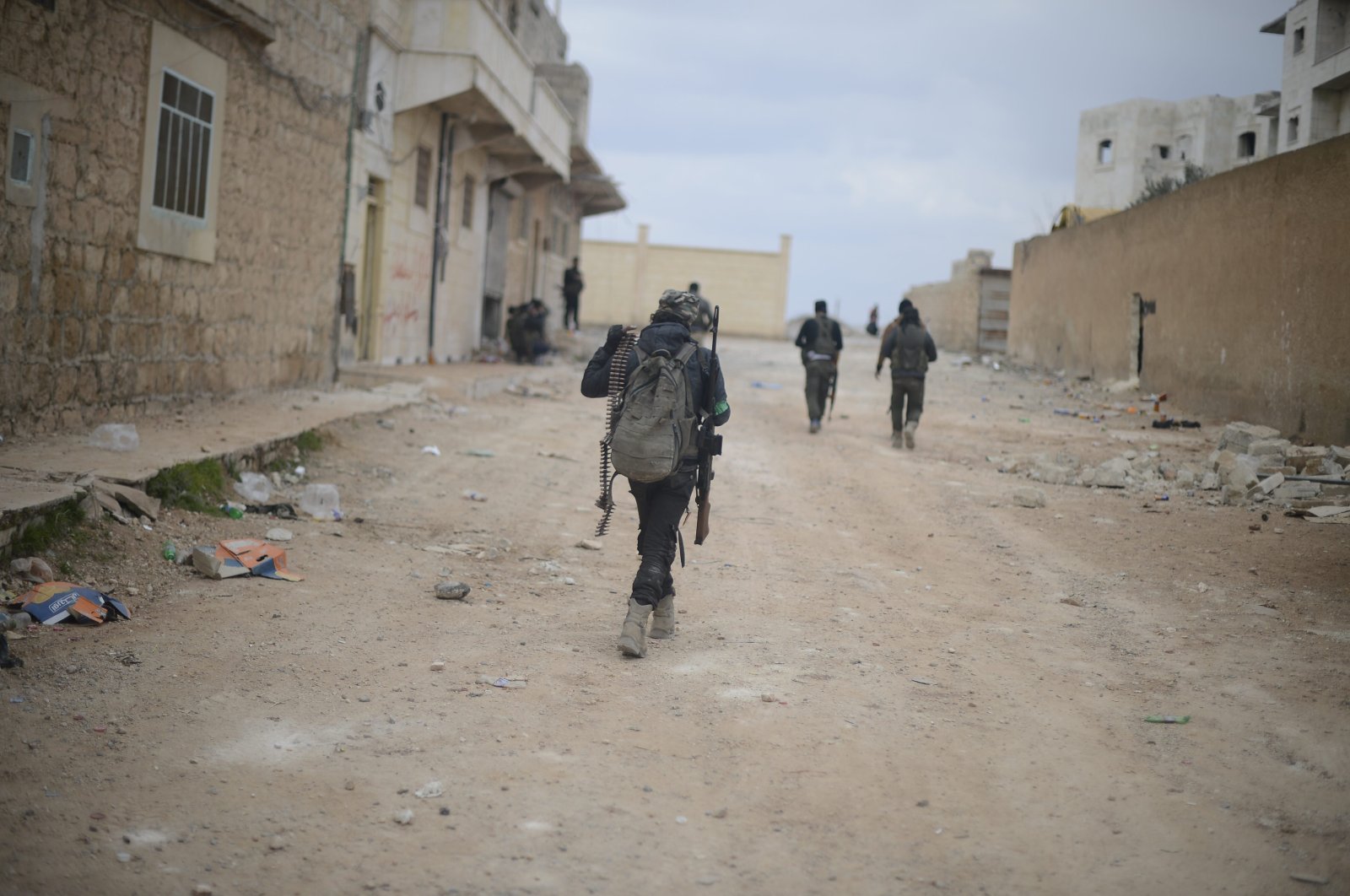 Two children suffered injuries on Monday due to an explosion of a landmine planted by the Daesh terrorist group in northern Syria’s al-Bab province.

The explosion took place in the al-Sukkariyah district of al-Bab.

In February 2017, Turkish troops and the Syrian National Army (SNA) liberated al-Bab from the Daesh terrorist group as part of Turkey's Operation Euphrates Shield. The operation, which began in August 2016 and ended in March 2017, was carried out with the aim of eliminating the terrorist presence along the Turkish border.

The Daesh terror group had planted landmines in the area to prevent the progress of the Turkish Armed Forces (TSK) and the SNA. Although demining activities were carried out in the liberated areas, the planted mines still cause damage to civilian life and property.

Syrians face additional threats from terrorist groups other than Daesh. According to the Syrian civil defense group, the White Helmets, a leftover bomb remnant recently exploded in Syria’s northwestern Aleppo.

“Young 14-year-old Hamza Ibrahim was killed this morning after a leftover bomb remnant exploded in the Aleppo countryside. Since the beginning of this month, four children have been killed, as a result of unexploded ordnance leftover from military attacks in northern Syria,” the civil defense group said Sunday.

Turkish security forces have destroyed 903 mines and 1,720 improvised explosive devices (IEDs) in areas liberated from terrorist organizations, the Defense Ministry announced in February, while efforts to completely erase all traces of terrorism, strengthen security, ease civilians' return home and bring a sense of normality to the region continue.