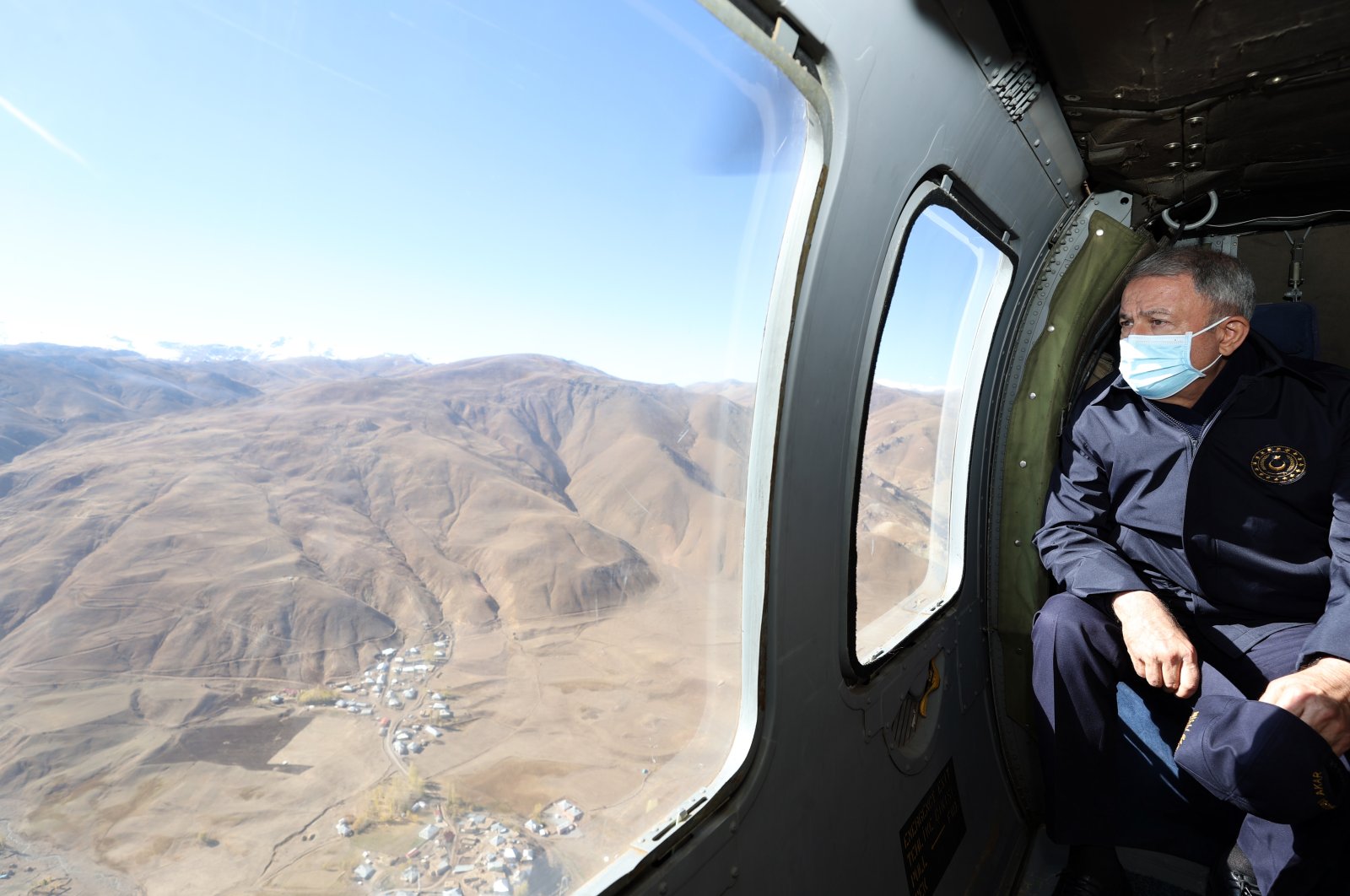 Defense Minister Hulusi Akar on Sunday inspected the measures that were taken to tackle irregular migration at the country’s border with Iran.

Over 1,000 kilometers (621 miles) of Turkish land borders have been fortified with security walls to prevent potential migration waves as of September.

Within the scope of the physical security system project initiated in 2015 to secure the country's borders, security walls were constructed along 1,005 kilometers of Turkey's land borders, accounting for 34% of borders.

In Van, which has the longest border with Iran, the security forces are taking every precaution possible to prevent illegal crossings, smuggling activities and the infiltration of terrorists by constantly monitoring and patrolling the border with armored vehicles.

Irregular migrants who want to cross into Turkey through the border, which is kept under constant surveillance with unmanned aerial vehicles (UAVs) and optical towers, are apprehended and handed over to the Provincial Immigration Administration Removal Center.

The construction of the wall, which was initiated to prevent illegal crossings on the route extending from the Çaldıran border to the eastern Ağrı Doğubayazıt and southeastern Hakkari Yüksekova line, continues.