Azerbaijani army continues operations to save occupied territories from Armenia 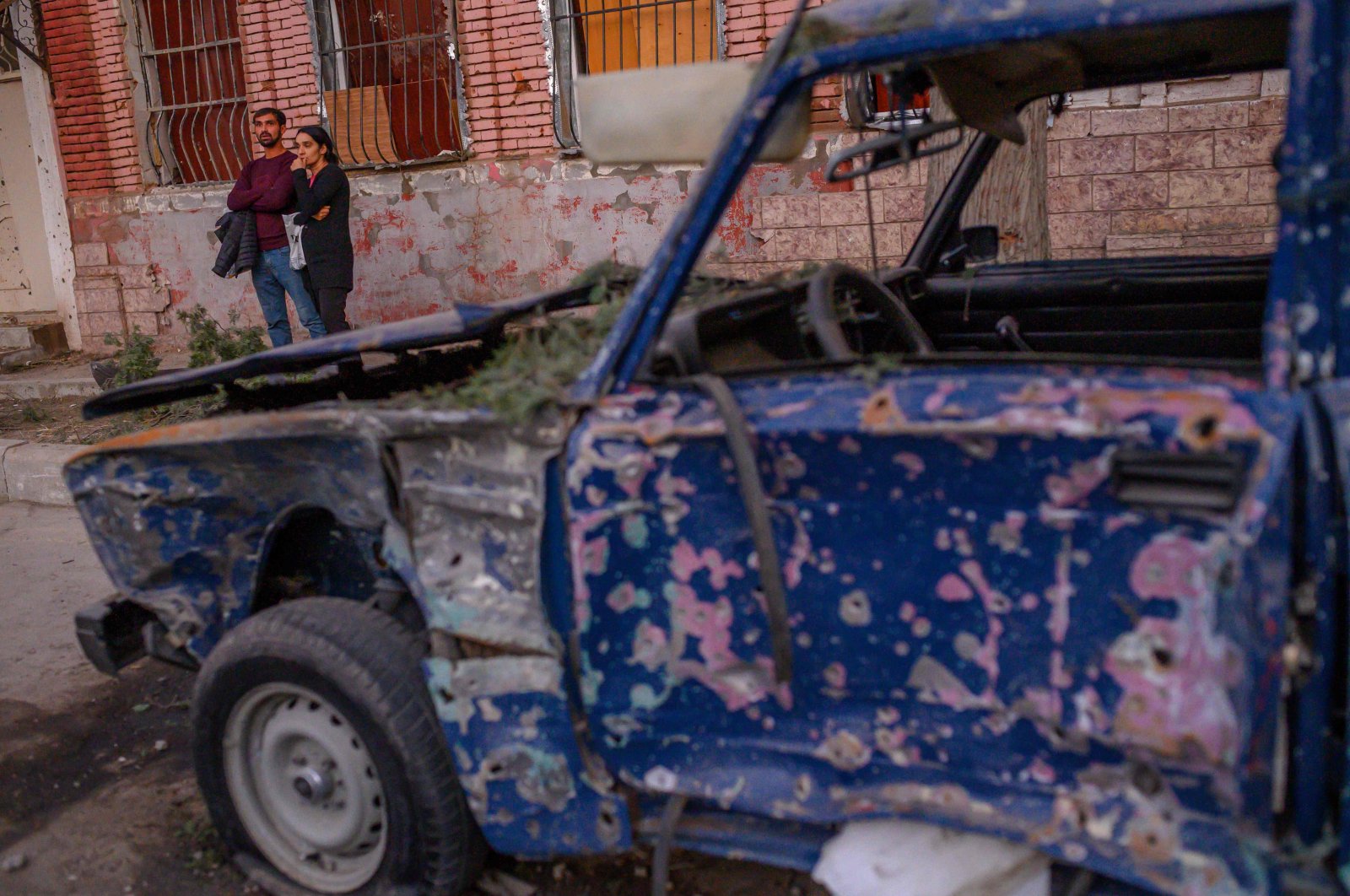 The Azerbaijani army has vowed to determinedly continue its operation to save occupied territories from Armenia, a defense ministry spokesperson said Thursday.

"Everything continues in accordance with the operation plan. Destination Karabakh," spokesperson Anar Eyvazov said at a news conference where he underlined that the army has not taken a step back from areas liberated from Armenian occupation.

Eyvazov said one unmanned air vehicle belonging to Armenia was shot down by Azerbaijani air defense units in the region near the Armenia-Azerbaijan border Thursday and Armenia's military infrastructure and ammunition depots were hit with artillery.

He said an Armenian military convoy, which changed the position of its forces, was destroyed by the Azerbaijani army. Ten tanks, six D-20 howitzers, one Akatsiya self-propelled howitzer and 30 vehicles belonging to Armenia were destroyed in different locations of the front line, and soldiers of the 1st and 7th regiments of the Armenian Army fled.

Armenian forces launched Tockha-U missile strikes on the provinces of Goranboy, Tartar, Aghdam, Aghjabadi and Barda, and some Azerbaijani civilians were killed and wounded, he said.

"Victory is ours," he added.

On the other hand, in an interview with the BBC, Armenian Prime Minister Nikol Pashinyan once again attempted to defend his country's invasion of Nagorno-Karabakh and its surrounding regions that are all internationally recognized territories of Azerbaijan.

Pashinyan said Nagorno-Karabakh were Armenian lands, claiming that over 80% of the population there had "always" been Armenian.

"Azerbaijan wants Armenians not to live there," Pashinyan said, contradicting the statements by Azerbaijani President Ilham Aliyev, who has said that once Yerevan fulfills international law by withdrawing from the lands it has occupied, Armenians could "enjoy all the rights and privileges as any other representative of any other nation" in Azerbaijan.

When asked about Armenia's illegal occupation of Nagorno-Karabakh for more than 25 years, Pashinyan's only defense was that this was "not true."

The Parliamentary Assembly of the Council of Europe (PACE) also refers to the territory as being under the occupation of Armenian forces. "Considerable parts of the territory of Azerbaijan are still occupied by Armenian forces, and separatist forces are still in control of the Nagorno-Karabakh region," says PACE resolution 1416, adopted on Jan. 25, 2005.

The BBC host also said during the interview Pashinyan was referring to a "historical claim" rather than international law.

"There is no such international law that you are citing. Everyone is citing the U.N. General Assembly resolutions but very few people, unfortunately, have read that. There isn't anything in it to say that Armenia has occupied anything. This is not the case," Pashinyan said.

New clashes erupted between the two countries on Sept. 27 and since then Armenia has continued attacks on civilians and Azerbaijani forces.

Many world powers, including Russia, France and the U.S., have urged for a new cease-fire. Turkey, meanwhile, has supported Baku's right to self-defense and demanded a withdrawal of Armenia's occupying forces.

Relations between the two former Soviet republics have been tense since 1991 when Armenia launched its military occupation of Nagorno-Karabakh and seven adjacent regions.

Some 20% of Azerbaijan's territory has remained under illegal occupation by Armenia for roughly three decades.