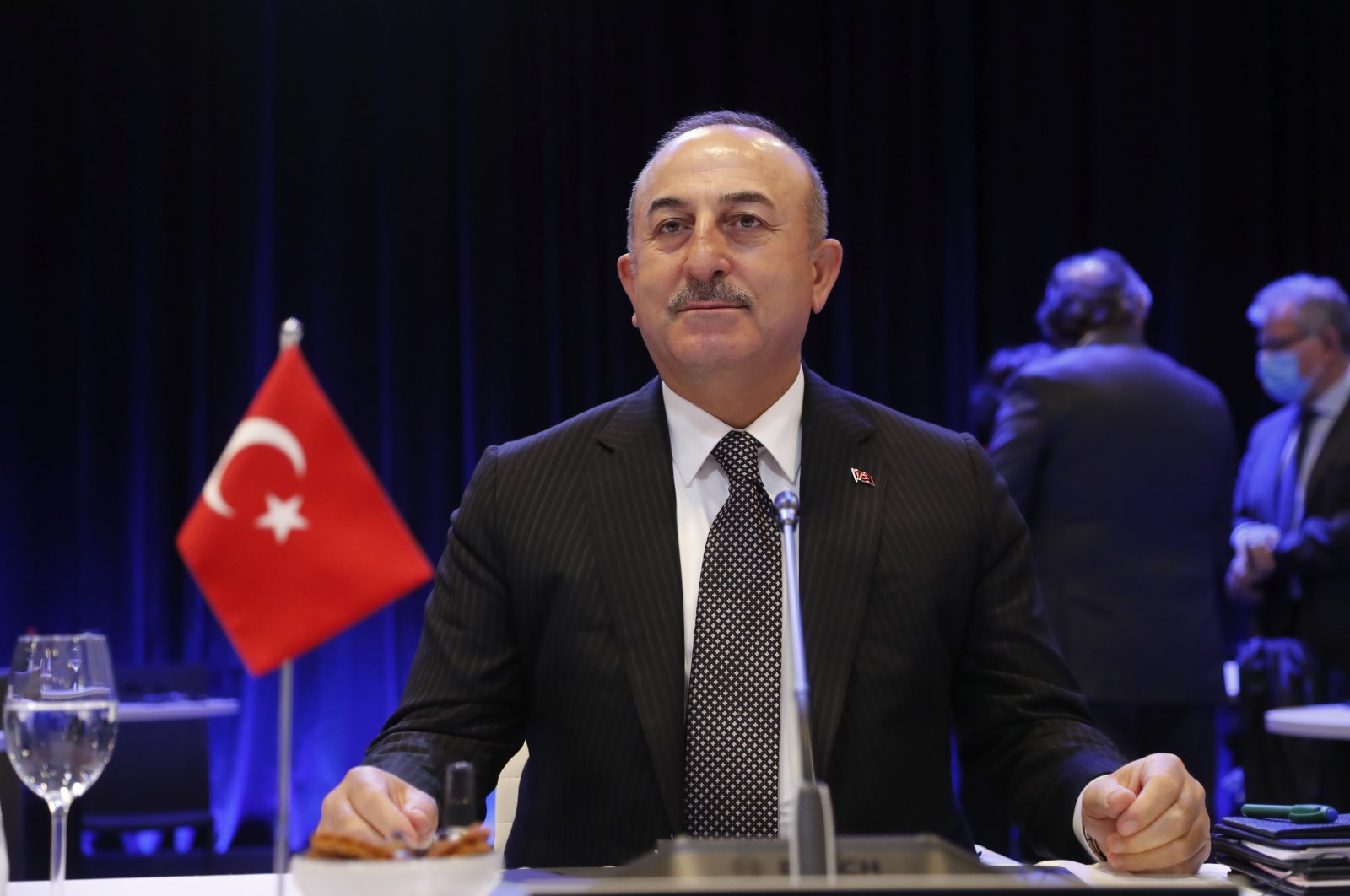 Foreign Minister Mevlüt Çavuşoğlu met his Belarusian counterpart and the European Union's foreign policy chief in the Swedish capital on Wednesday for talks on foreign policy issues and bilateral relations.

The top diplomats held separate meetings in Stockholm where they have gathered for the 28th meeting of the Organization for Security and Co-operation in Europe (OSCE) Ministerial Council, Çavuşoğlu said on Twitter.

The Turkish top diplomat and the EU's Josep Borrell discussed foreign policy issues including Afghanistan, Libya, Ukraine and Cyprus during their meeting.

Turkey-Belarus relations, regional developments and irregular migration were discussed in depth at the bilateral meeting between Çavuşoğlu and his Belarusian counterpart Vladimir Makei.

The Ministerial Council is the central decision-making and governing body of the OSCE and aims to provide the participating states with an opportunity to evaluate the activities of the organization and strengthen dialogue on security-related issues.

The foreign ministers of 57 states are participating in the annual meeting in Stockholm on Dec. 2-3.

Before arriving in Stockholm, Çavuşoğlu and United States Secretary of State Antony Blinken discussed bilateral and regional issues on Wednesday.

They met on the second day of a NATO foreign ministers' meeting in Latvia's capital Riga.

Speaking to reporters before the meeting, Çavuşoğlu said he was looking forward to meeting with Blinken again.

Çavuşoğlu stressed that they have many issues to discuss, adding that they will hold a follow-up meeting on the issues discussed and decisions taken during the Rome meeting on Oct. 31 between President Recep Tayyip Erdoğan and his U.S. counterpart Joe Biden.

He also noted that as two NATO allies, they will exchange views on bilateral relations and regional issues such as Ukraine, Libya, Syria and Afghanistan.

Blinken was also pleased to meet with Çavuşoğlu again, adding that they discussed the situation in Ukraine, the Western Balkans and the Caucasus during the two days in Riga.

He also noted that they will have a chance to discuss cooperation issues and regional matters between Turkey and the United States.