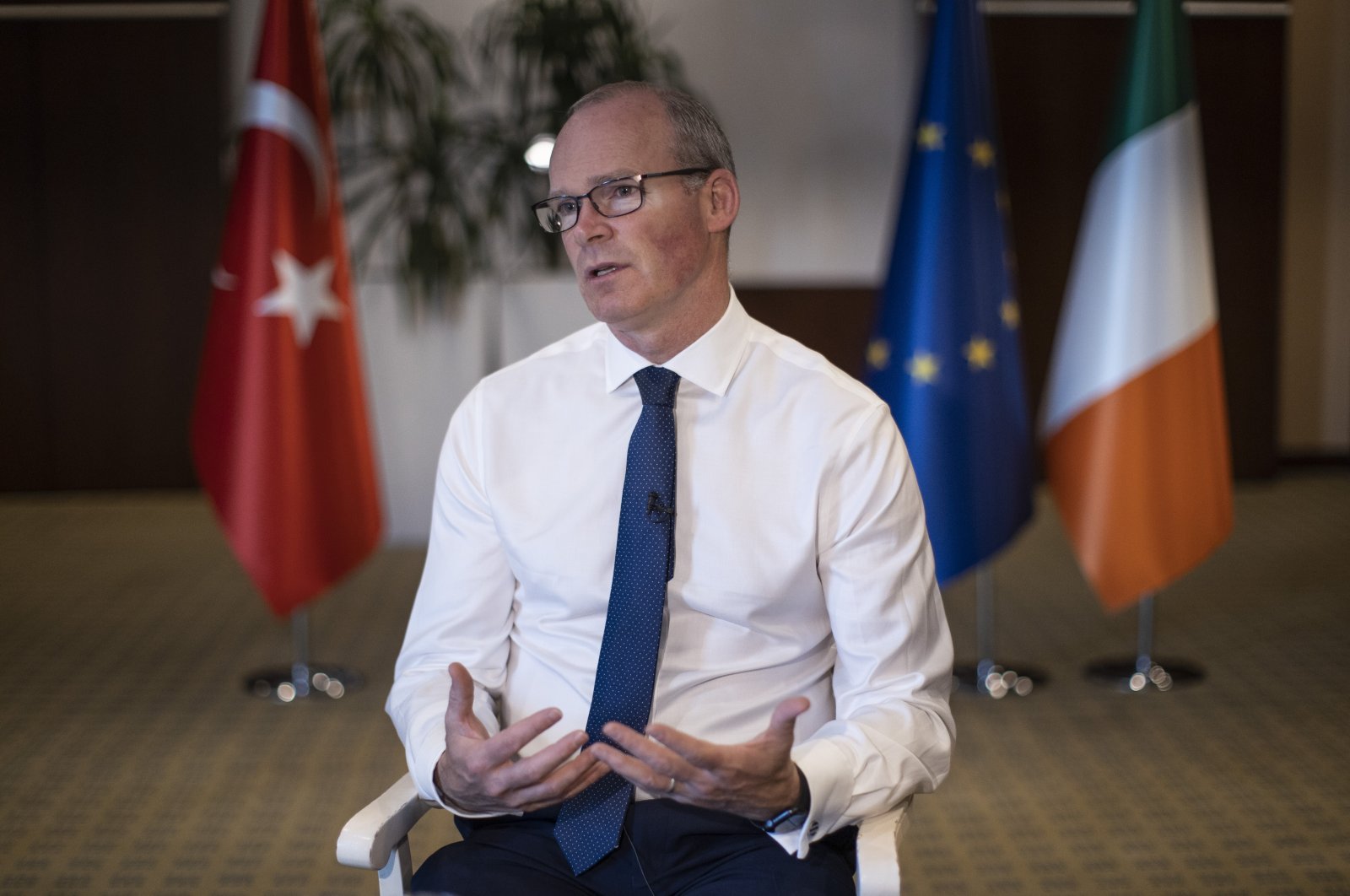 Extending the United Nations mandate for a border crossing into Syria that will expire in July is crucial, Ireland’s Foreign Minister Simon Coveney said.

Coveney said 800 trucks cross the border for aid purposes per month. He noted that 200 million euros ($209 million) were spent last year on U.N.-led operations and that approximately 4 million people can be provided with basic items such as medical supplies, clothing, tents, and blankets.

"If the U.N. Security Council doesn't keep that crossing open through a U.N. mandate, then the U.N. presence there would have to end, and that crossing would become much more complicated," he said.

"And of course, if we can't get the aid and support to the displaced people in northwest Syria, many of those people will look to move out of necessity."

He said the U.N. Security Council would decide whether to extend its mandate for another 12 months on July 10.

"At the moment, it looks as if it would be very difficult to get a renewal of that mandate. Russia, in particular, has said that they are undecided as to whether they will support a renewal of the mandate for another 12 months," said Coveney.

Coveney said Turkey has a strategic role in these conversations and he spoke on the matter with his Turkish counterpart Mevlüt Çavuşoğlu.

"Minister Çavuşoğlu has been speaking to his counterpart Sergey Lavrov, from Russia, in terms of trying to ensure that this essential humanitarian assistance, which is also about stability in the region, remains in place for another 12 months," he said.

Coveney said that last year's talks were also difficult but the extension was made. However, he said, "we won't know literally until the day of the vote" this year's results.

The Bab al-Hawa crossing on the border between northern Syria and southern Turkey is the only one through which U.N. relief can be brought into the opposition-held Idlib region without navigating areas controlled by the Syrian regime.

But many fear the crossing will close to U.N. trucks from July 10 because Russia, an ally of the Assad regime, has threatened to use its Security Council veto power to block the resolution's renewal.

The resolution was last extended in January for six months.

Observers say Russia is using the threat of closure of the aid entry point as a bargaining chip in the face of punishing Western sanctions over Moscow's invasion of Ukraine.

But aid groups have been reluctant to shift their massive operations to go through areas held by the Bashar Assad regime, itself subject to sanctions.

Nearly 10,000 trucks loaded with humanitarian aid passed through the Bab al-Hawa crossing last year bound for the Idlib region, the last opposition bastion in Syria and home to around 3 million people.

Coveney said the talks with Çavuşoğlu were "very good" and thanked him for Turkey's efforts "to get millions of tons of grain out of Odessa."

"We know that because of Russian aggression and because of this war, food security has become a big issue for many countries that rely on the large-scale importation of Ukrainian and Russian grain," he said.

"I think the role of the U.N. and Turkey has been and continues to be very important in those efforts."

At the request of the United Nations, Turkey has offered to escort maritime convoys from Ukrainian ports along a security corridor to ship Ukrainian grain – cereals and wheat in particular – blocked in the war-torn country's ports. Turkey has volunteered its services despite the presence of naval mines, some of which have been detected near the Turkish coast.

Responding to a question on whether Ireland will seek NATO membership following the start of Russia's war on Ukraine, Coveney said: "I don't think that's likely in the short term, certainly."

He said Ireland is one of the four European Union member states that are not NATO members.

"I think Ireland's focus right now is increasing our investment in terms of our own defense and security capacity. I think we will be doing more in terms of partnerships with other EU countries on defense projects and on security projects. But I think Ireland values its non-military alignment," he said.

Coveney said that Turkey and Ireland reached the highest figure in bilateral trade volume in 2021 at $1.7 billion (TL 29.4 billion).

"But of course, there is an awful lot more potentially on offer," he noted.

He said Turkey is the fifth most preferred country by the Irish for holidays and evaluated that further cooperation, which covers areas such as student exchanges and joint research programs between universities as well as trade would be very beneficial for both countries.