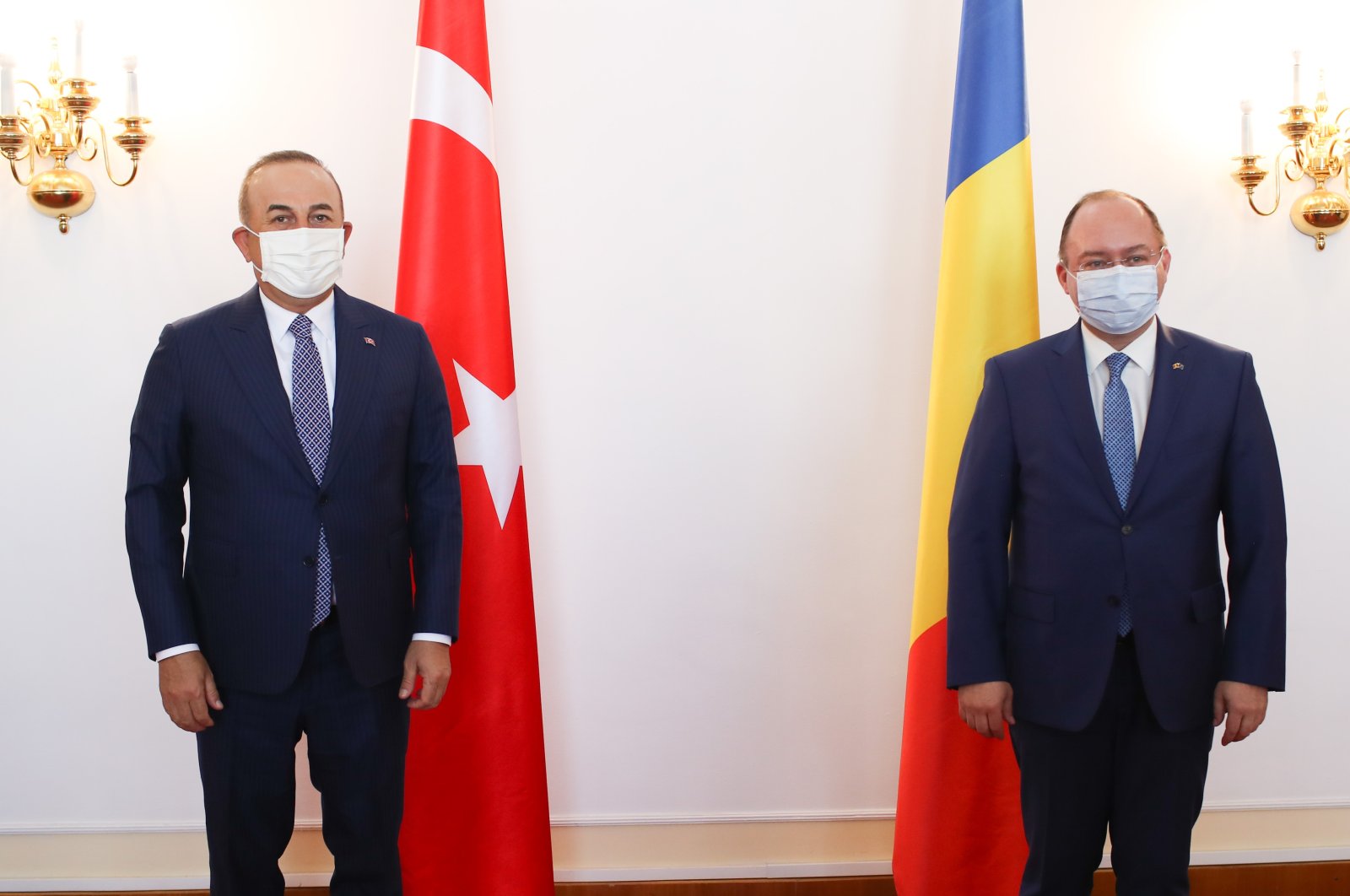 Turkey's Foreign Minister Mevlüt Çavuşoğlu on Thursday held a meeting with his Romanian counterpart Bogdan Aurescu in Romania's capital Bucharest to discuss bilateral ties on the 10th anniversary of the strategic partnership built between the two countries.

Releasing a Twitter message regarding the meeting, Çavuşoğlu said that the countries' trade volume target is $10 billion (TL 83.05 billion) and they will develop their cooperation in every field particularly in the defense industry and education.

He added that he hoped to see his Romanian counterpart at the South-East European Cooperation Process and Antalya Diplomacy Forum.

Following the bilateral meeting, Çavuşoğlu told a conference on the 10th anniversary of the Turkey-Romania Strategic Partnership Declaration: "Today, Turkey and Romania share a common understanding of regional security. First, achieving peace and stability from southeast Europe to the Caucasus beyond. This is our shared goal."

"We are the main providers of peace in southeast Europe and the Black Sea region," Çavuşoğlu added.

He underlined that Romania has always had an important place in Turkey's foreign policy.

"We increase our solidarity under NATO's umbrella," he said, stressing that Turkey supports Romania's NATO candidacy.

He added that the trilateral consultation mechanism between Poland, Romania and Turkey has become a "solid platform" where they discuss various aspects of Trans-Atlantic security.

On the strategic partnership between the two countries, he said it can provide an inspiration to all friendly nations to proceed with deeper cooperation.

"Romania is our largest trading partner in the Balkans," he said, adding that Turkey is among the top foreign investors in Romania.

Çavuşoğlu was in Bucharest to attend the Trilateral Meeting of Ministers of Foreign Affairs of Turkey, Poland and Romania and hold bilaterals.

The meeting, which focuses on exploring concrete areas of cooperation between the three countries, has been held every year since 2016.

Last year's meeting was held via videoconference due to the COVID-19 pandemic. Aside from security-oriented issues, NATO's eastern flank countries, Turkey, Romania and Poland, have also been focusing on various issues, such as Turkey's European Union talks. Romania and Poland have traditionally supported Turkey's accession to the EU.