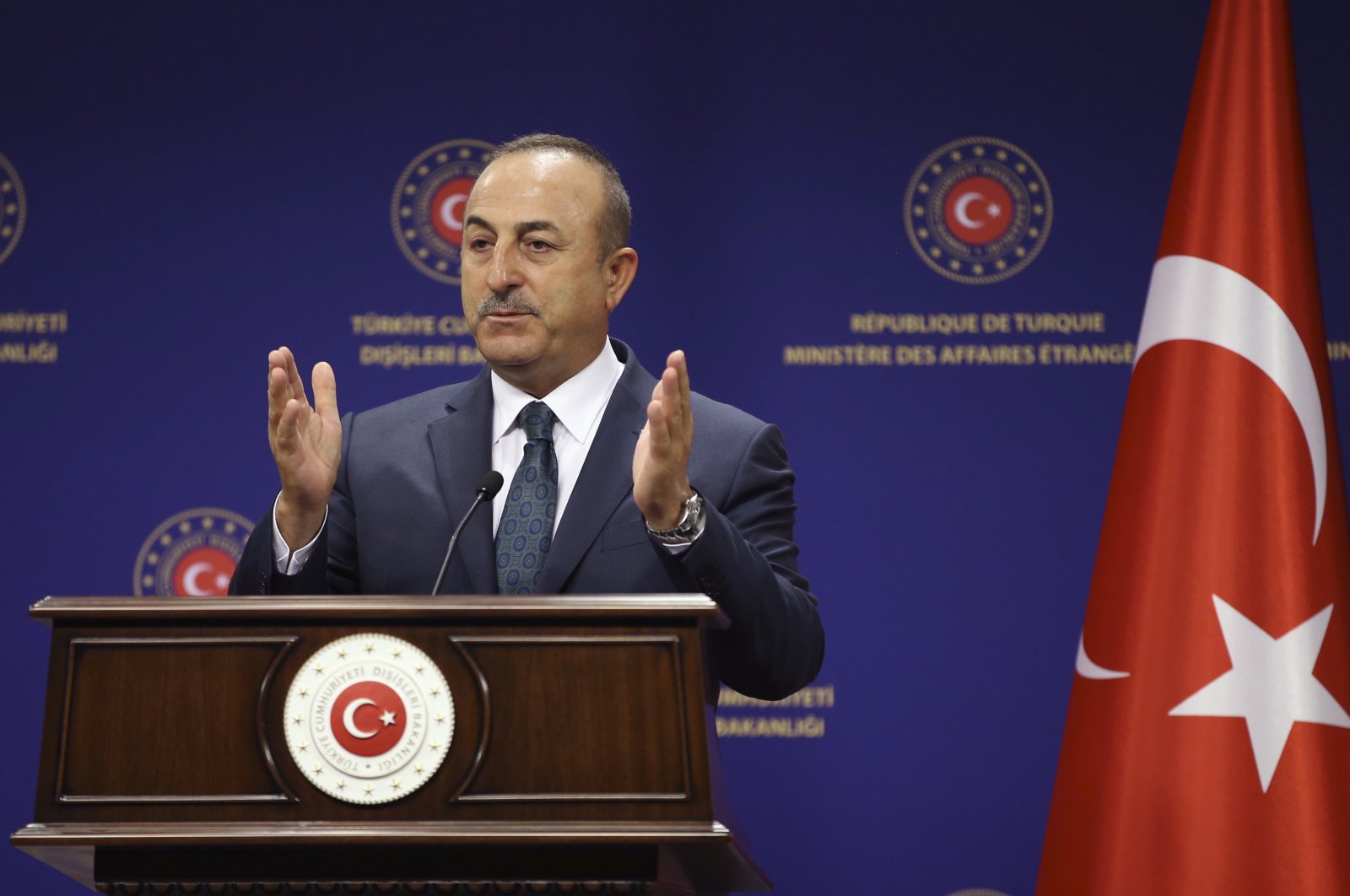 Speaking in a radio program with Radyo Başakşehir, Çavuşoğlu said: "France is attempting to divide Libya. In Syria, it gives support to the YPG/PKK terrorist group. It wants to go back to old, colonial times."

After a meeting with Tunisian President Kais Saied in Paris, Macron late Monday criticized Ankara for its support of the Libyan government against putschist Gen. Khalifa Haftar.

Macron had called Turkey's support for the Libyan government a "dangerous game."

In the Libyan conflict, France backs Haftar's forces, along with Russia, Egypt and the United Arab Emirates.

Çavuşoğlu responded by saying that in fact, France plays a dangerous game by going beyond the limits in Libya.

He stated that Paris' support for Haftar contradicts the UNSC's resolutions despite France being a permanent member of the Security Council. "Many countries have witnessed France's dangerous game in Libya. Many European countries have started to see it," he added.

Accusing France of being complicit in the chaos in Libya, the foreign minister said the existence and activities of France in Libya are worrying.

As the Libyan government has gained the upper hand in the conflict with Turkish support, this situation mostly disturbed France and the UAE, according to Çavuşoğlu.

"Wherever there is a separatist or a putschist, France supports them. What France has been doing is worrying. In 2011, they bombed Libya and left. Now, they came again to support a putschist."

Underlining that Turkey stands with the legitimate government, on the other hand, France has been supporting a warlord who commands illegitimate forces, adding: "Who is one of the five permanent members of the UNSC? France. It contradicts the decisions it took. There is a hypocrisy here."

Çavuşoğlu also criticized Egypt's Abdel Fattah el-Sissi for his statements claiming that Sirte and Jufra are a "red line," as he implied that the Egyptian president's policies are mostly shaped by France and the UAE.

"How near are the cities of Jufra and Sirte to the Egyptian border? They are right in the middle of Libya, how are they your 'red line'?" Çavuşoğlu asked.

He continued by saying that el-Sissi is either acting as a subcontractor for "others" in reference to France and the UAE or is after the oil reserves in the region. The foreign minister noted that el-Sissi's remarks did not receive much support at home.

Libya has been in turmoil since 2011 when a civil war toppled Moammar Gadhafi, who was later killed. The country has split between rival administrations in the east and the west, each backed by armed groups and foreign governments. The U.N. recognizes the Libyan government headed by Fayez Sarraj as the country's legitimate authority as Tripoli battles Haftar's militias.

"Many countries have started to take sides with the U.N.-recognized legitimate government. This is a positive reflection of our cooperation (with Government of National Accord (GNA)," Çavuşoğlu said.

The government launched Operation Peace Storm against Haftar in March to counter the warlord's attacks on the capital Tripoli and has recently liberated strategic locations, including Tarhuna, Haftar's final stronghold in western Libya.