Greece should give up Aegean islands violations: FM Çavuşoğlu 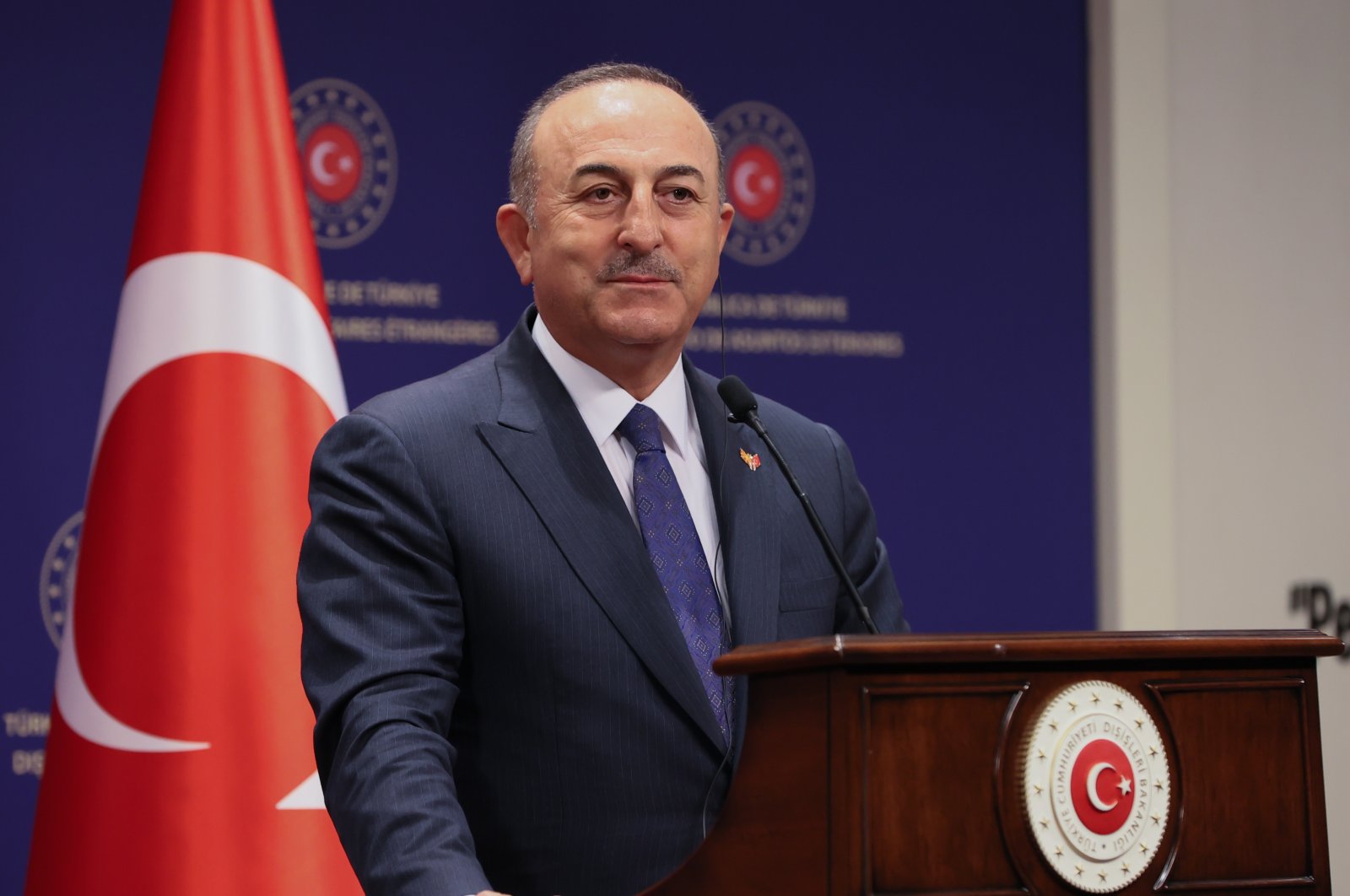 Greece is violating treaties by arming islands in the Aegean, Foreign Minister Mevlüt Çavuşoğlu said Tuesday warning that the sovereignty of those islands will be questioned if it fails to demilitarize them.

Holding a joint news conference with his North Macedonian counterpart Bujar Osmani in the capital Ankara, Çavuşoğlu said that Greece's militarization of islands in the eastern Aegean Sea is a violation of longstanding international treaties, and the continuation of this violation calls the islands' sovereignty into question.

"The sovereignty of the islands will be questioned if (Greece) does not end its violation," he added.

Turkey is resolved to discuss and question the sovereignty of those islands if Greece does not end its violations, Çavuşoğlu said.

Greece has been building a military presence on the Aegean islands in violation of the 1923 Treaty of Lausanne and the 1947 Paris Treaty, he said adding that the islands were ceded to Greece on condition that they be kept demilitarized.

“The agreements are there but Greece is violating them. It’s arming them. If Greece does not stop this violation, the sovereignty of the islands will be brought up for discussion,” he said. “It’s that clear. You will abide by the agreements.”

Çavuşoğlu said Ankara had sent two letters to the United Nations on the issue of the militarized islands and he called on Greece to respond to the letters.

“They are getting aggressive because they cannot respond to the letters,” the minister stressed.

Also decrying Athens' lobbying against Turkey's efforts to get F-16 jets from the United States, the minister said this move is against the solidarity of the NATO alliance, which both countries are members of.

Turkey in recent months has stepped up criticism of Greece stationing troops on islands in the eastern Aegean, near the Turkish coast and in many cases visible from shore.

These islands were required to be demilitarized under the 1923 Treaty of Lausanne and the 1947 Treaty of Paris, so any troops or weapons on the islands are strictly forbidden.

Turkey and Greece have traded accusations of airspace violations in recent weeks.

Turkey is demanding that Greece demilitarize its eastern islands, maintaining the action is required under 20th-century treaties that ceded sovereignty of the islands to Greece. Turkish authorities say the Greeks have stationed troops on Aegean islands in violation of the peace treaties that followed World War I and World War II.

Greece continues to militarize islands in the eastern Aegean, in violation of both the 1923 Treaty of Lausanne and the Paris Treaty of 1947. Despite international agreements and treaties, Greece remains adamant about stationing its armed forces on eastern Aegean islands, especially the Dodecanese islands and small nearby islets, including islands and islets very close to Turkey's western coast, many within sight of the shore.

Greece has been putting its armed forces on Aegean islands since the early 1960s notwithstanding numerous objections by Turkey and its obligations under international agreements. Turkey has been reiterating its objections in this regard by making the case to various international organizations and institutions that they should take steps on the issue and halt Greece's actions along these lines.

Athens counters that the troops are stationed in response to the presence of Turkish military units, aircraft and landing craft on the opposite coast.

Last year, after a five-year hiatus, the two NATO members resumed talks to address their differences over a range of bilateral issues such as mineral exploration in the Eastern Mediterranean and rival claims in the Aegean Sea. The talks have made little progress and the countries have frequently traded barbs.

"You keep putting on shows for us with your planes," Erdoğan said, referring to a dispute about airspace over islands in the Aegean Sea. "What are you doing? Pull yourself together. Do you not learn lessons from history?"

"Don't try to dance with Turkey. You'll get tired and stuck on the road. We are no longer holding bilateral talks with them. This Greece will not see reason," he said.

Turkey and Greece are at odds over a number of issues, including competing claims over jurisdiction in the Eastern Mediterranean, overlapping claims over their continental shelves, maritime boundaries, air space, energy, the ethnically split island of Cyprus, the status of the islands in the Aegean Sea and migrants.

Tensions flared again last week when Erdoğan said Greek Prime Minister Kyriakos Mitsotakis "no longer exists" for him, accusing him of trying to block sales of F-16 fighter jets to Turkey during a visit to the United States.

Mitsotakis had told reporters after a European Union summit that he had briefed his EU counterparts over Turkey's "aggressiveness" and "provocations which cannot be tolerated by Greece or the European Union."