'I would rush to duty if called': Cyprus operation veteran 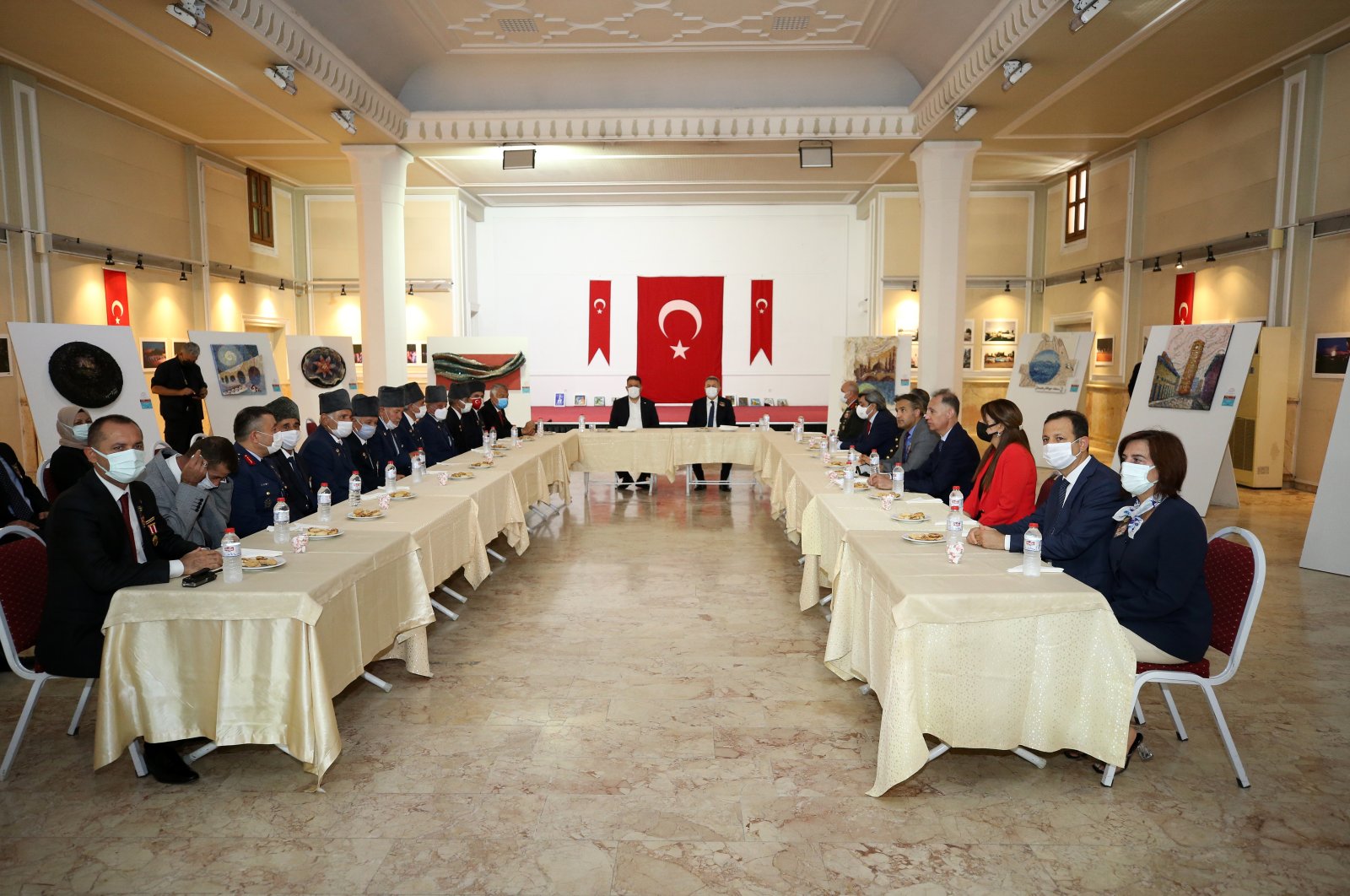 Turkey's oldest veteran who took part in the 1974 Cyprus Peace Operation to save Turkish Cypriots from a campaign of ethnic violence, Reşat Çolak, still remembers the pivotal operation and his time in the Turkish Air Forces Command.

Speaking to Anadolu Agency (AA) on the eve of Veterans Day, which is being observed Sunday, Çolak said, "I would rush to duty if called, even at the age of 87."

"It is a great pleasure to serve your country," said Çolak, who is also known as Reşat Baba or Father Reşat.

"I also love the air force, because I joined up when I was a young boy. And I still haven't broken away from it. As I always say, I've been an aviator for 71 years."

Even nearly 50 years since his retirement, Çolak would like to again visit the places where he flew in troops and dodged anti-aircraft fire from the Beşparmak Mountains, a narrow range running for over 170 kilometers (105 miles) along the Cyprus coast.

Çolak said that he is proud of the Turkish army and in particular the air force with its new additions, such as domestic-made drones and unmanned aerial vehicles (UAVs).

Showing his souvenirs from the operation and his years in the service, Çolak wears his medals proudly in his museum-like home in the Turkish capital Ankara.

In 1974, a Greek Cypriot coup aimed at Greece's annexation led to Turkey's military intervention as a guarantor power to protect Turkish Cypriots from persecution and violence. As a result, the Turkish Republic of Northern Cyprus (TRNC) was founded in 1983.

Çolak said that back in 1974, Prime Minister Bülent Ecevit and his deputy Necmettin Erbakan – both since passed on – "took a very brave decision to intervene by using the country's rights under the Zurich and London agreements as a guarantor."

"Otherwise, they would have wiped out all Turkish Cypriots on the island. Because they didn't spare anyone – women, children, the elderly," he said.

"They were buried in mass graves. The Turkish Cypriots suffered greatly."

He said the operation brought peace to both Turkish and Greek Cypriots, adding, "Apart from minor incidents, people can live in peace now."

Recalling that fateful day, he said his group had landed at Kayseri, central Turkey, on the day before the operation.

"On the morning of July 20, we took off from Kayseri and departed at 5 a.m. The place we were going to was pre-planned, of course. All the parachutists jumped within an hour into the Gonyeli region, and we returned to Turkey without any casualties," he added.

Çolak said later they returned to the air supply and maintenance center command for minor repairs to the planes that took gunfire.

"Of course, we landed there after a four-hour flight. They fixed tea for us. For the rest of my life I could never forget the cup of tea I had there. That tea was so tasty, so good," he remembered.

He said local people gathered there and welcomed them.

"Our planes were repaired there," he said.

"From there, we immediately returned to the main base in Ankara, Etimesgut. We took a group picture there as well. Of course, we had very emotional moments," he said.

Çolak said that he is called "Father Resat" for his charitable nature, as he steps up to help people without expecting anything in return.

However, he also expressed his disappointment about the younger generation failing to recognize and respect veterans.

He said, "On the occasion of Veterans Day, I urge our people to love one another, respect one another and band together."

Turkey celebrates Veterans Day every year on Sept. 19, the day in 1921 that Mustafa Kemal Atatürk – a revolutionary statesman, commander in chief, and founder of the Turkish Republic – was awarded the titles of "marshal" and "honored veteran" by the Turkish Parliament, in recognition of his military leadership during the War of Independence.

Addressing veterans, TRNC Prime Minister Ersan Saner also said Sunday: "we will resolutely move forward on our way without experiencing any separation with our motherland, the Republic of Turkey, in this place where the rights and interests of the Turkish nation in the Eastern Mediterranean, especially in this place where the whole world has turned its attention and it is claimed that there are serious gas reserves."