Merkel calls on PM al-Sarraj for cease-fire in Libya 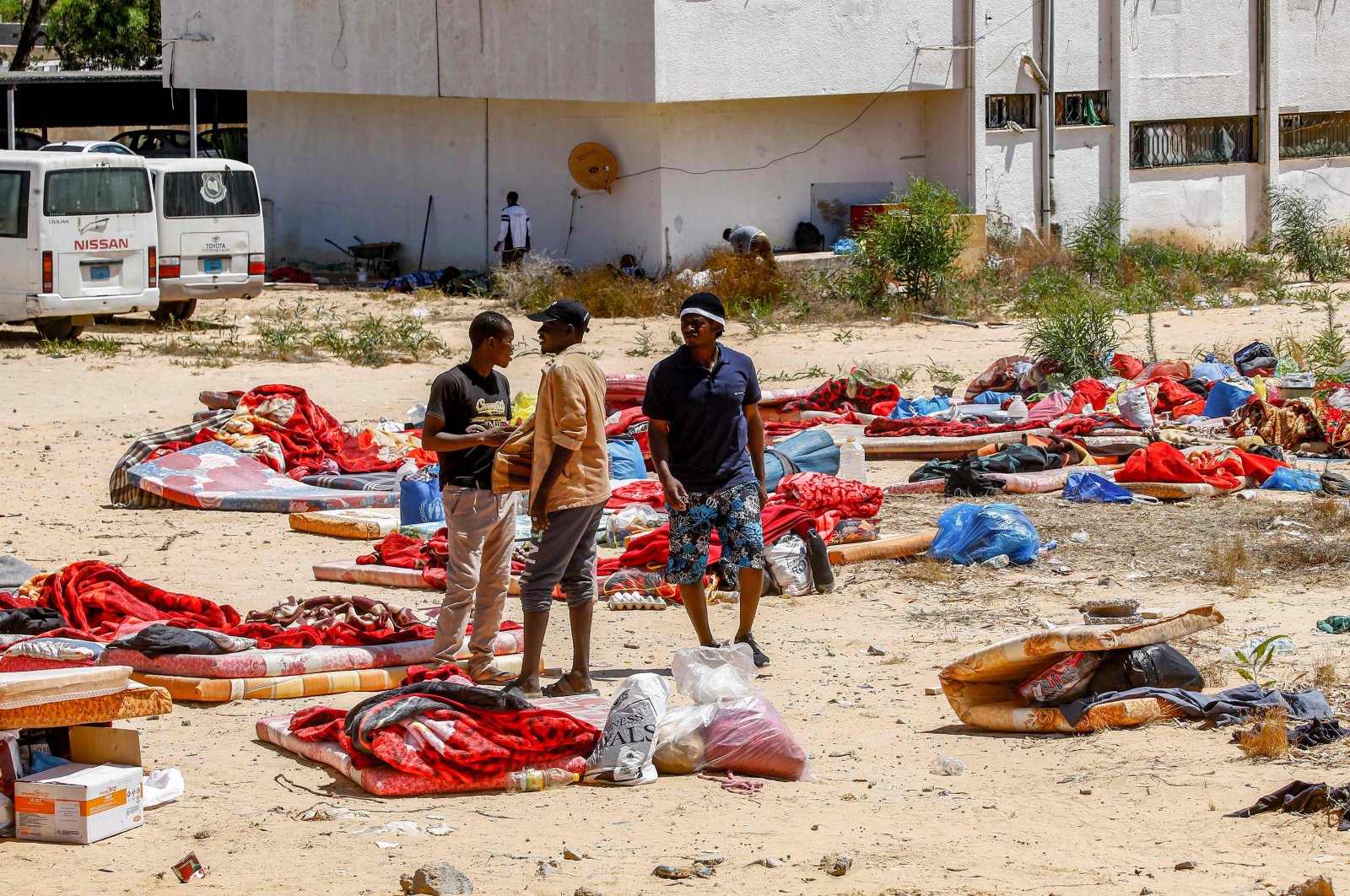 Migrants stand and walk outside at a detention centre used by the Libyan Government of National Accord (GNA) in the capital Tripoli's southern suburb of Tajoura on July 3, 2019, following an airstrike on a nearby building that left dozens killed the previous night. (AFP Photo)
by Daily Sabah with Reuters
Mar 13, 2020 1:07 pm

German Chancellor Angela Merkel spoke by phone with Libyan Prime Minister Fayez al-Sarraj on Thursday, a German government spokesman said in a statement, urging him to move quickly towards signing a cease-fire.

"They discussed the current political and military situation," the statement read. "The chancellor stressed, as she had on Tuesday in her conversation with Gen. Khalifa Haftar, the importance of signing the cease-fire that was recently agreed in Geneva by representatives of the conflict parties."

Merkel hosted a summit in January for all countries with an interest in Libya's long-running conflict. The countries agreed to respect a much-violated U.N. arms embargo, hold off on military support to Libya's warring parties and push them to reach a full cease-fire. Yet violations of the arms embargo have persisted.

Libya’s legitimate government also called on the U.K. to support it against terrorist groups and illegitimate forces in order to put an end to the conflict in the country.
Speaking at the British parliament on Thursday, Fathi Bashaga, a spokesman for the Tripoli-based Government of National Accord (GNA), made the call in his address to British lawmakers.

Since the ousting of late ruler Moammar Gadhafi in 2011, two seats of power have emerged in Libya: Khalifa Haftar in eastern Libya, supported mainly by Egypt and the United Arab Emirates, and the Government of National Accord (GNA) in Tripoli, which enjoys U.N. and international recognition.

On Jan. 12, parties in Libya announced a cease-fire, followed by the Berlin conference on Jan. 19, in response to a joint call by the leaders of Turkey and Russia. But two days later in Russia, talks for a permanent cease-fire stagnated after Haftar stormed out of Moscow without a deal.