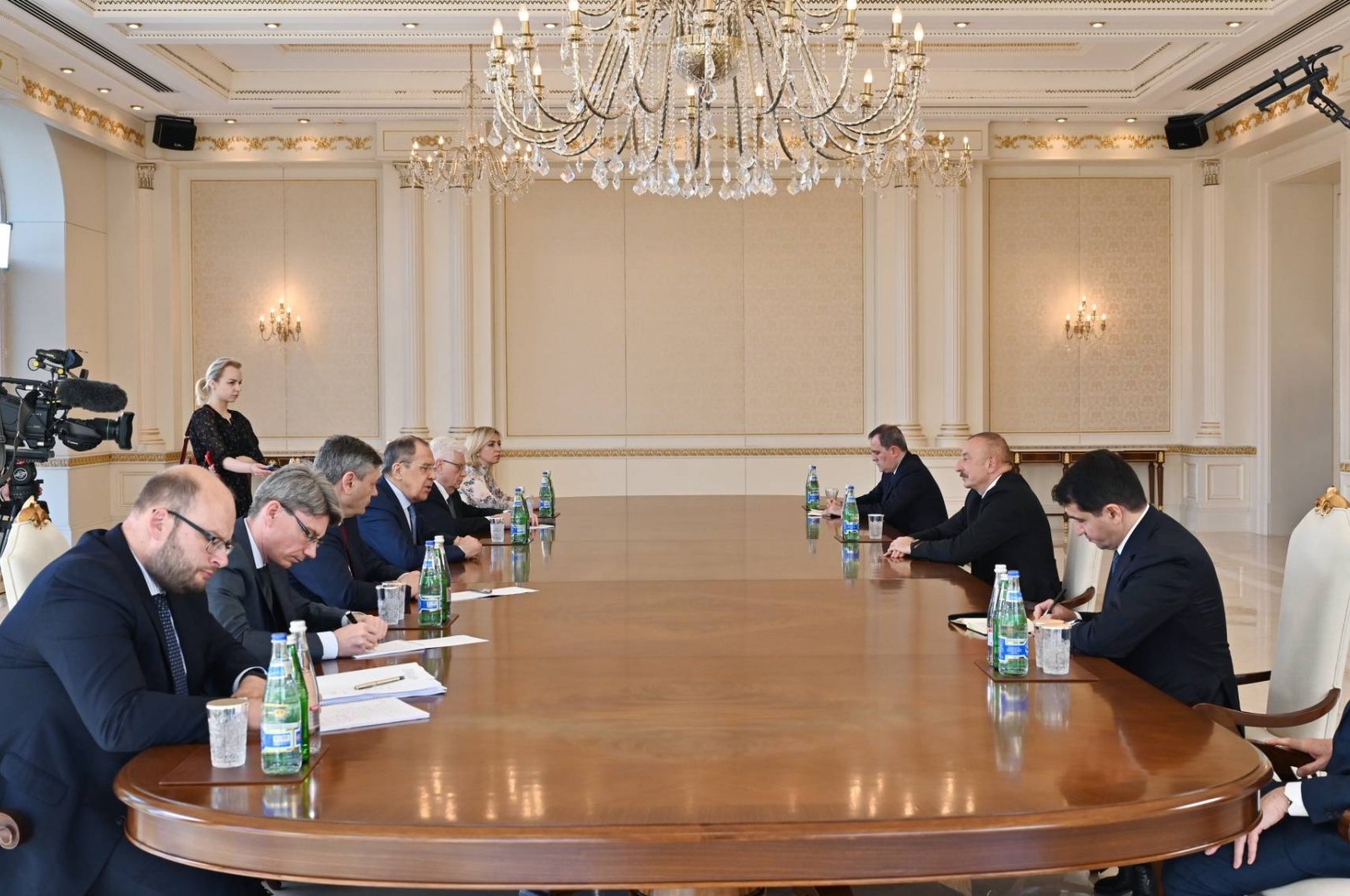 Our proposal for a peace agreement has been left unanswered by Armenia, Azerbaijan’s President Ilham Aliyev said Thursday, indicating that he is hoping Yerevan will accept it.

“I am confident that our efforts will be positively received by Armenia and the multi-faceted confrontation will end. Our proposal to start work on a peace agreement remains unanswered, but we still hope that this proposal will be accepted,” he said.

In April, Azerbaijan's President Ilham Aliyev said that Armenia accepted the five-point proposal. In addition, the two countries' leaders agreed on a working group to prepare a peace agreement, the establishment of a commission on the delimitation of borders and the activities of a working group on transport issues with the involvement of Azerbaijan, Russia and Armenia following a meeting with European Council President Charles Michel.

Citing positive aspects, Aliyev said that there is an intensification of the work of the trilateral working group chaired by the deputy prime ministers of Russia, Azerbaijan and Armenia.

“We hope that practical steps will be taken to implement the November 2020 Declaration in the context of opening communications, ensuring the unimpeded delivery of Azerbaijani cargo and citizens to the Nakhchivan Autonomous Republic. This is a legal obligation of the Armenian side,” he said.

“Unfortunately, more than a year and a half has passed since the end of the Second Karabakh War, but this paragraph of the Declaration has not yet been implemented. I think that it will be possible to take many practical steps within the framework of our concept to normalize the situation as a whole,” Aliyev underlined.

Lavrov, for his part, said Russia is ready to do everything possible to assist in the implementation of the three documents signed by the three leaders in November 2020, January 2021 and November.

He said Moscow is also ready to provide consulting services on the work of two commissions established for the delimitation and demarcation of borders in Azerbaijan and Armenia.

Relations between the two former Soviet countries, Azerbaijan and Armenia, have been tense since 1991, when the Armenian military illegally occupied Karabakh, a territory internationally recognized as part of Azerbaijan, and seven adjacent regions.

New clashes erupted on Sept. 27, 2020, and the 44-day conflict saw Azerbaijan liberate several cities and over 300 settlements and villages that Armenia occupied for almost three decades.

Yerevan has been gripped by anti-government protests since mid-April, with opposition parties demanding Prime Minister Nikol Pashinian's resignation over his handling of a territorial dispute with Azerbaijan.

After the conflict ended, Azerbaijan launched a massive reconstruction initiative in the liberated Karabakh region.