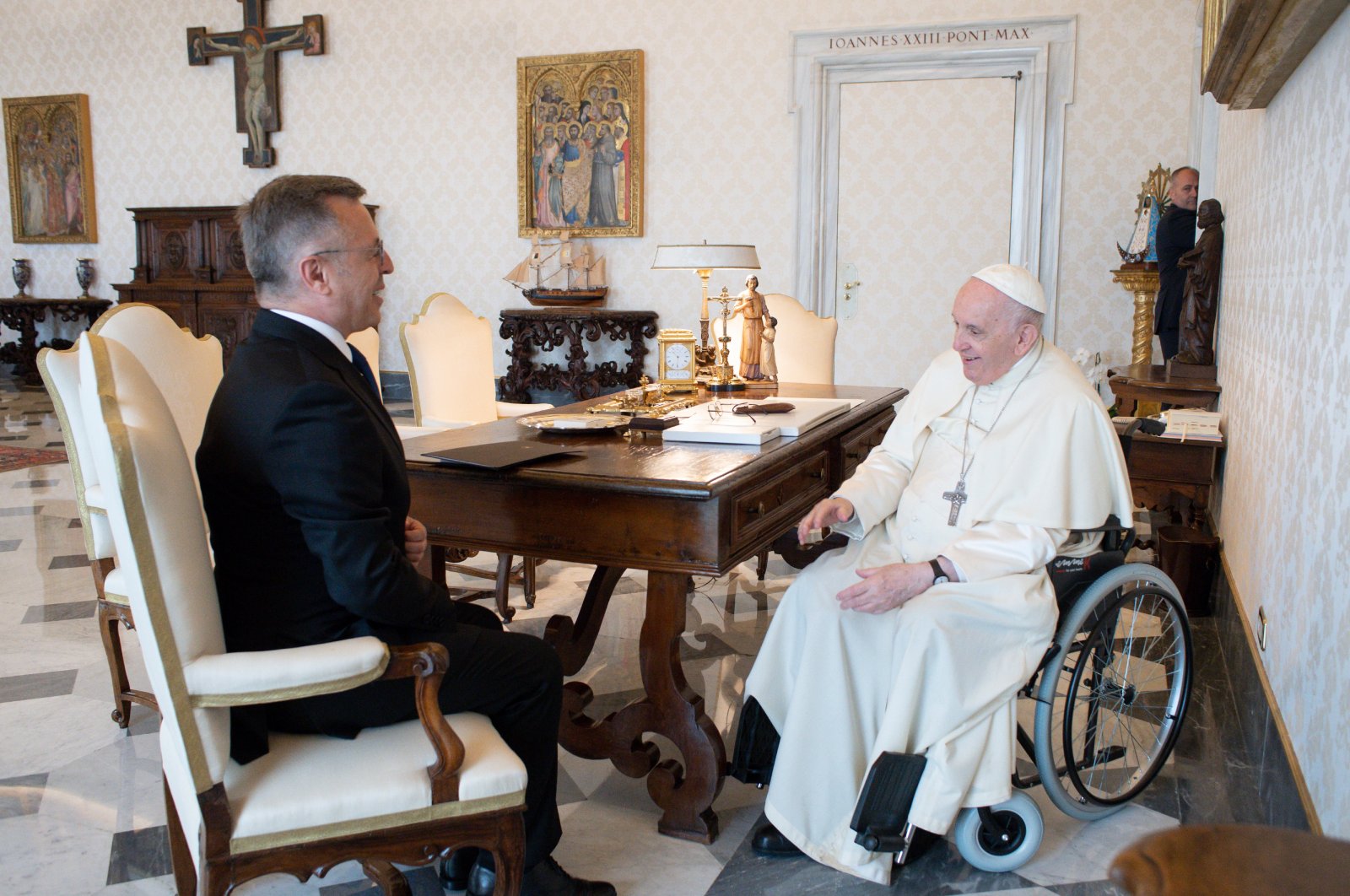 "The Pope expressed his gratitude to Turkey, which has been in contact with both sides since the beginning of the conflict and has been working for peace," Ambassador Lütfullah Göktaş said on Twitter, recounting his meeting with the pope to discuss Russia's war on Ukraine.

Noting that a solution can only be reached through diplomacy and negotiations, not through war, Göktaş also told the pontiff about Turkey's diplomatic initiatives and humanitarian assistance efforts, stressing that Erdoğan "is still trying to reconcile" Russia and Ukraine.

Göktaş also noted that Turkey "attaches great importance to (the) Pope's calls for peace to the sides."

"I was extremely pleased to observe that the Pope, who has been closely following our President's reconciliation efforts, is also sharing the same sensitivities with our country," he added.

Göktaş also told Francis about Turkey's fight against terrorist groups "for years for its national security," and said the country expects its allies "to display the same determination."

Like the Holy See, Turkey wants the wars and human tragedies to come to an end, he noted.

At least 4,301 civilians have been killed and 4,735 injured since the war in Ukraine began on Feb. 24, according to United Nations estimates. The true toll is believed to be significantly higher.

Over 6.6 million people have fled to other countries, while more than 7.7 million have been internally displaced, according to the United Nations High Commissioner for Refugees. That represents roughly one-third of Ukraine's prewar population of 43 million people.