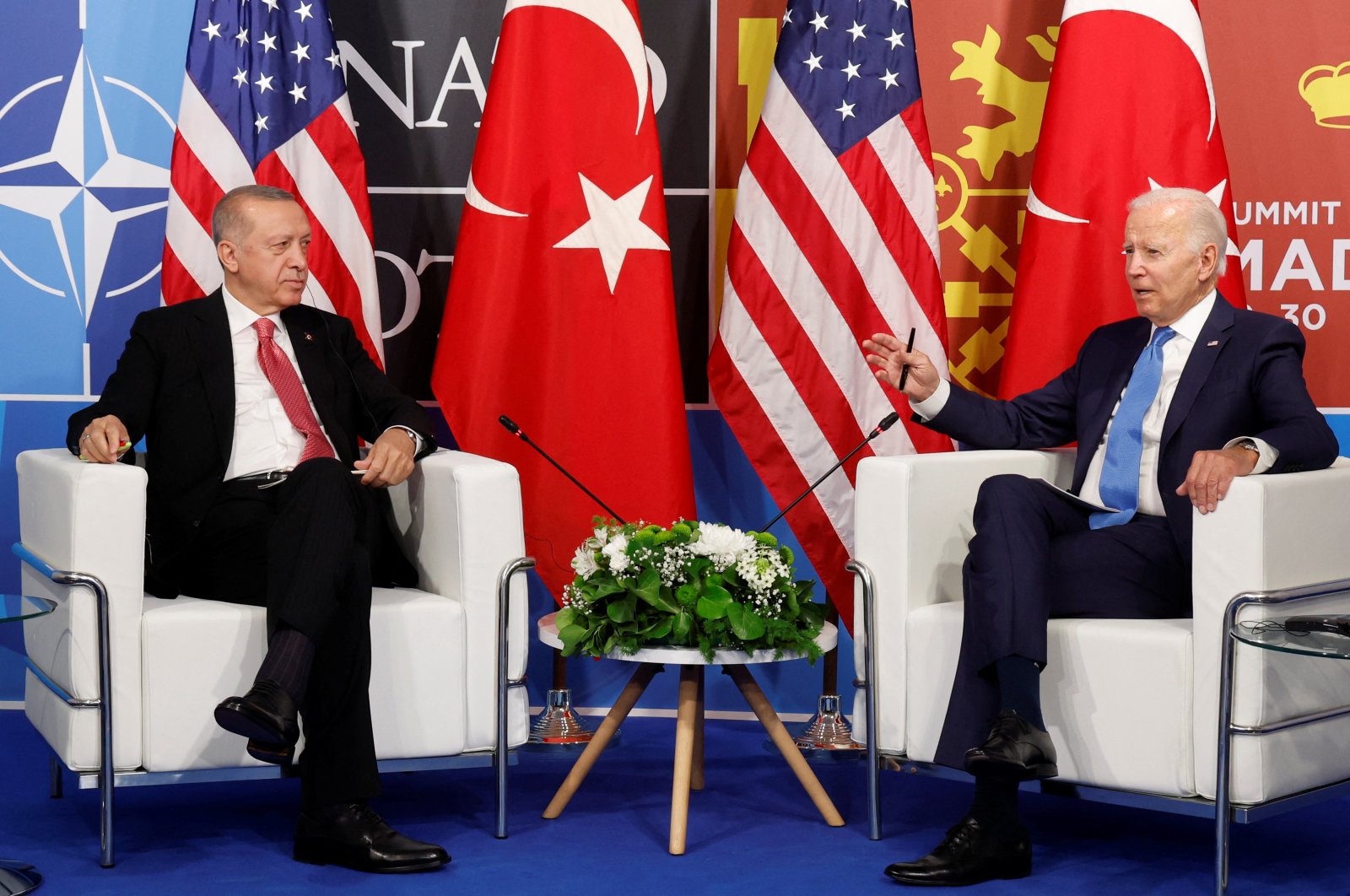 President Recep Tayyip Erdoğan's meeting with his U.S. counterpart Joe Biden on the sidelines of the NATO Summit in Madrid ended on Wednesday.

The meeting lasted nearly one hour. In a brief interaction before the closed-door meeting, Erdoğan said steps being taken to strengthen NATO will have a "special contribution" in the context of the Russia-Ukraine crisis.

"We are trying to resolve the conflict through balancing policy," President Erdoğan said regarding the grain corridor during the meeting.

He expressed hope of opening corridors soon to the countries that are currently lacking grain.

Biden made a statement at the beginning of the meeting, expressing his pleasure to meet with Erdoğan.

He also thanked Erdoğan for his efforts in the transport of Ukrainian grain, and the support for Sweden and Finland's NATO bids.

"You're doing a great job. I want to thank you," Biden said.