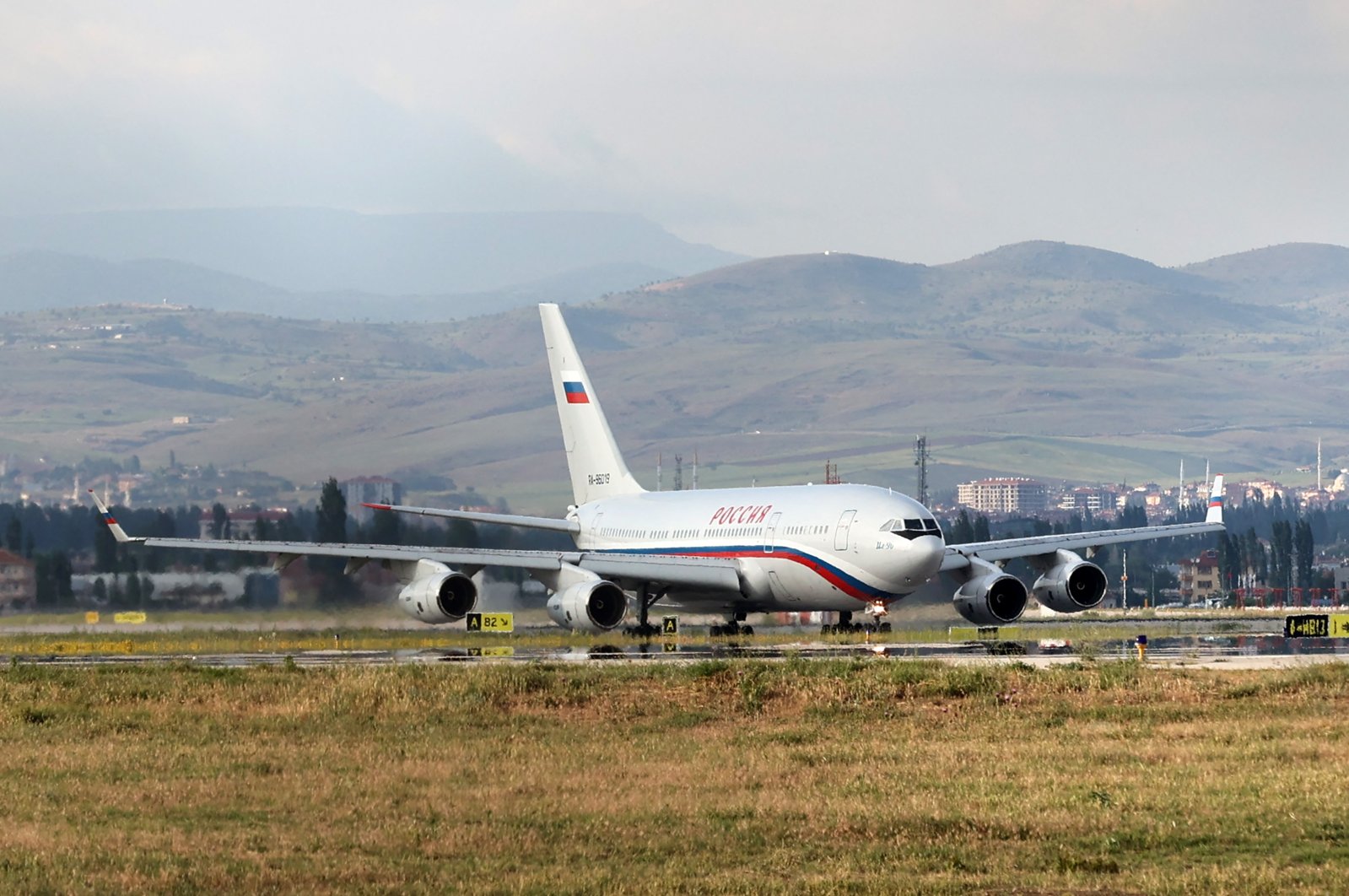 This is Lavrov's second trip to Turkey after meeting his Turkish and Ukrainian counterparts Mevlüt Çavuşoğlu and Dmytro Kuleba in Antalya on March 10.

At the request of the United Nations, Turkey has offered its services to escort maritime convoys from Ukrainian ports, despite the presence of mines – some of which have been detected near the Turkish coast.

Lavrov, accompanied by a military delegation, will hold a press conference with Çavuşoğlu on Wednesday.

At the heart of the negotiations is the opening of a security corridor to ship Ukrainian grain – cereals and wheat in particular – blocked in the war-torn country's ports.

Turkey's Agriculture Minister Vahit Kirişci hinted that Ankara and Kyiv reached an agreement for the purchase of cereals 25% below the market price, local media reported.

"But they (Ukrainians) have a dilemma about security and export. They want us to be the arbitrator here as Turkey. Negotiations continue under the auspices of the U.N.," he was quoted as saying.

"Both Russia and Ukraine trust us," he added.

"The defense ministers discussed in detail the issues of safety of navigation in the Black Sea in connection with solving the problem of grain export from Ukraine."

In a phone call last week, Russian President Vladimir Putin told his Turkish counterpart Recep Tayyip Erdoğan that Moscow was ready to work with Ankara to free up maritime shipping blocked during the war.

Russia's offensive in Ukraine and Western sanctions have disrupted supplies of wheat and other commodities from the two countries, fuelling concerns about the risk of shortages and hunger around the world.

Russia and Ukraine produce 30% of the global wheat supply.

Dozens of container ships are blocked in Ukrainian ports surrounded by Russian forces, choking off exports of wheat, sunflower oil and other foodstuffs, as well as fertiliser for crops.

Black Sea navigation has also been hampered by mines placed by both Russian and Ukrainian forces.

NATO member Turkey shares a sea border with both Russia and Ukraine in the Black Sea, and has been working to mediate in their war. It has supported Kyiv, but refused to impose sanctions on Moscow. Russia and Turkey also back opposing sides in Syria.

The increasing contact between Moscow and Ankara comes also at a time when Turkey is hinting at a new military operation in northern Syria to tackle terrorism.

Akar told Russian counterpart Shoigu that "the necessary response will be given to actions aimed at disrupting the stability achieved in the region and the presence of terrorists in the region is not acceptable," Turkey's Defense Ministry said in a statement.

Ankara says it must act because Washington and Moscow broke promises to push the YPG/PKK 30 kilometers (18 miles) from the border after a 2019 Turkish operation, and because attacks from YPG/PKK-controlled areas have increased.

Akar also "reminded that previous agreements on this issue need to be adhered to," his office said.