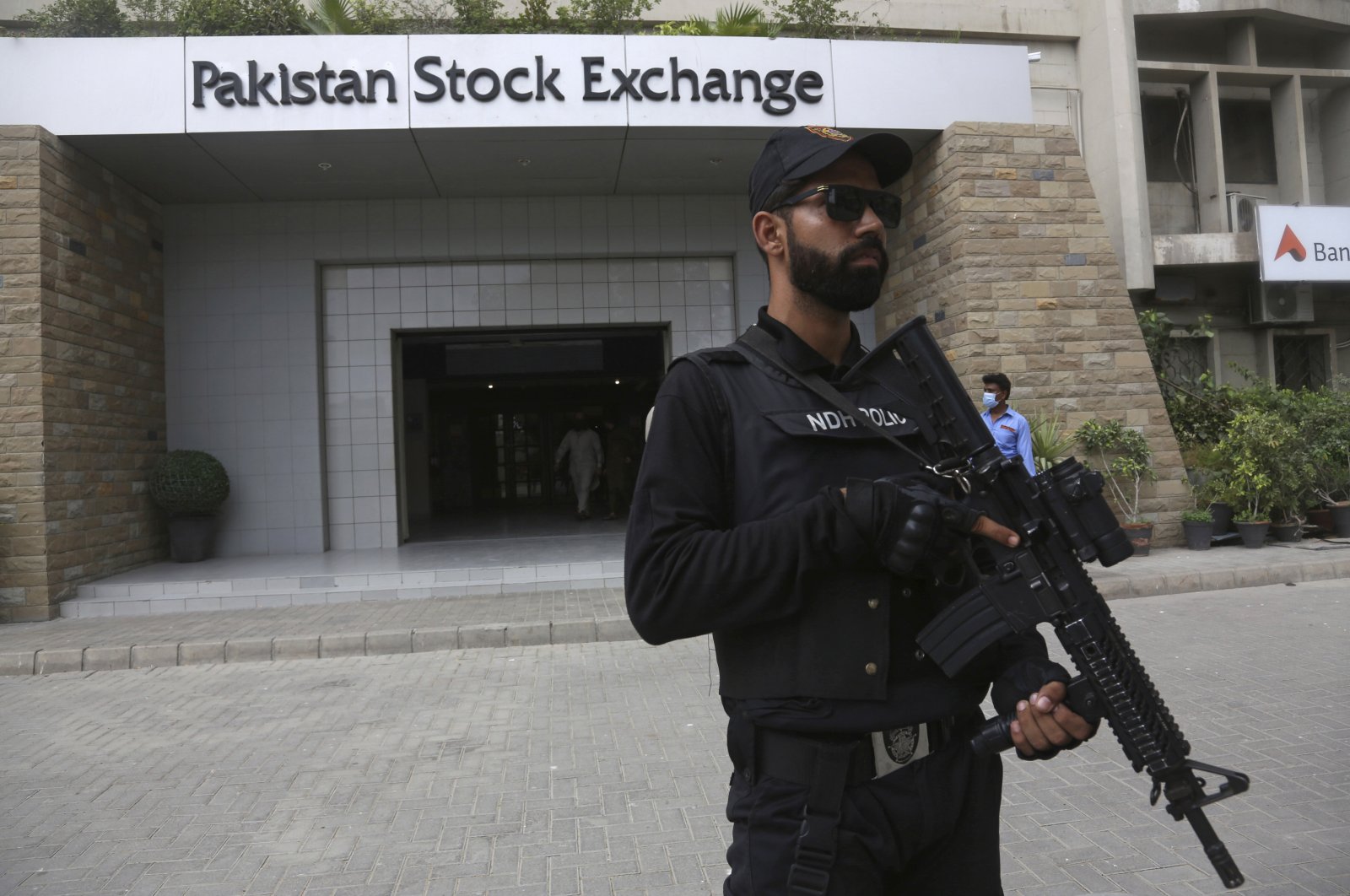 A police commando stands guard outside the Pakistan Stock Exchange after an attack in Karachi, Pakistan, June 29, 2020. (AP Photo)
by DAILY SABAH WITH AGENCIES
Jun 29, 2020 8:30 pm

Militants attacked the stock exchange in the Pakistani city of Karachi on Monday, killing three guards and a policeman, according to police. According to initial reports, all four of the militants were killed near the entrance gates before they could enter the building.

“We are saddened by the news of the deadly terror attack that targeted the Pakistan Stock Exchange Building in Karachi this morning. We strongly condemn this heinous terrorist attack and wish Allah’s mercy upon those who lost their lives, speedy recovery to the injured and convey our condolences to the friendly Government and the brotherly people of Pakistan,” the statement read.

There were no initial reports of any wounded among the brokers and employees inside the exchange.

A separatist militant group from a neighboring province later claimed responsibility for the attack.

Heavily armed special forces quickly surrounded the building located in the heart of Karachi's financial district, where the Pakistan State Bank is located, as well as the headquarters of several national and international financial institutions.