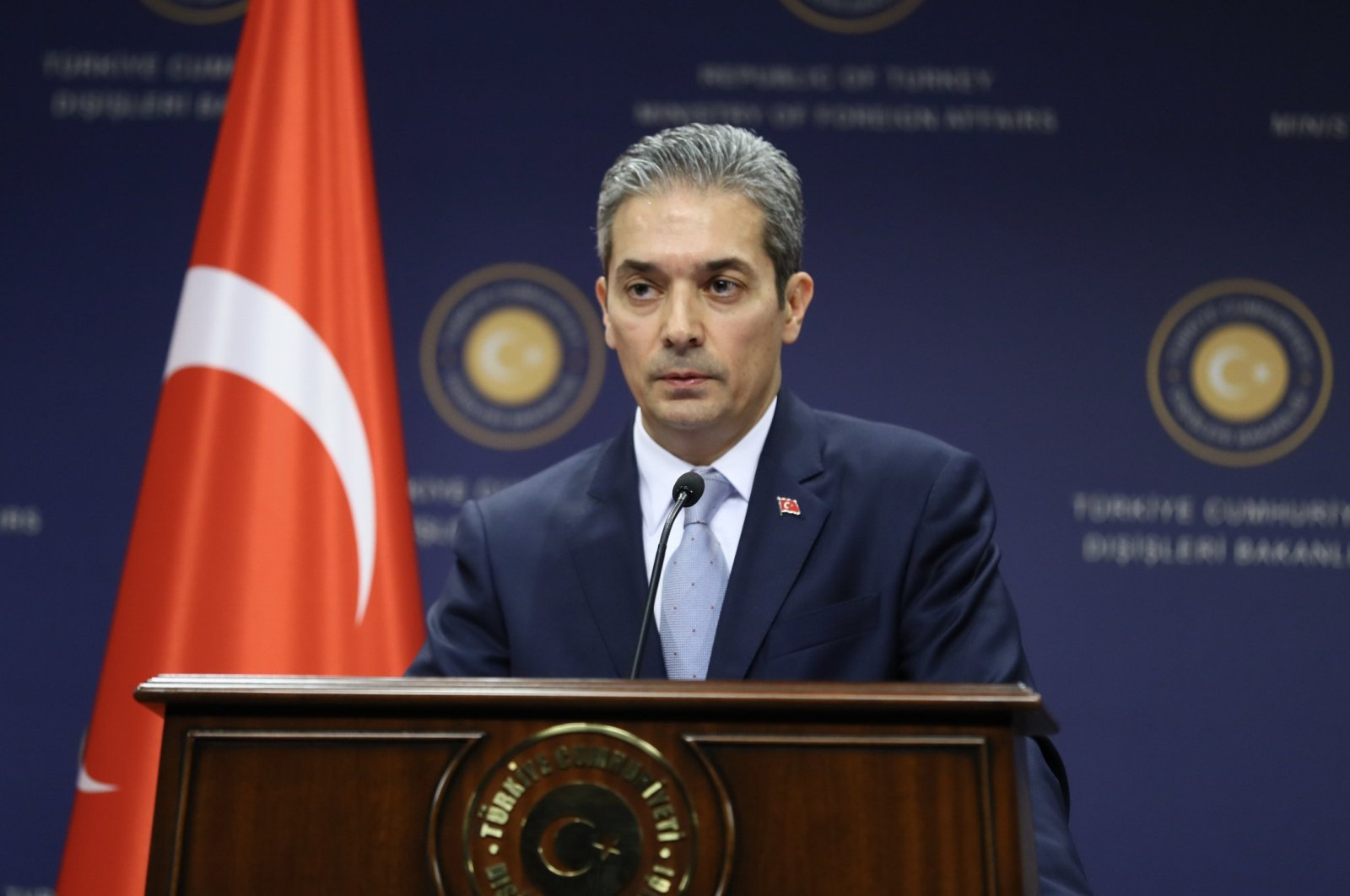 Turkey on Wednesday slammed a report by the U.S. Commission on International Religious Freedom that recommends the U.S. government include Turkey on its Special Watch List (SWL) for engaging in or tolerating severe violations of religious freedom.

"The report contains baseless, unaccredited and vague allegations as in the past years, while trying to portray isolated incidents as violations of religious freedoms through far-fetched accusations," Turkish Foreign Ministry spokesman Hami Aksoy said in a written statement.

"This biased and unsubstantiated approach casts doubt on the credibility of the report," Aksoy said, adding that it was a clear indication of the "biased mindset behind it" and "the circles under whose influence it was drawn up."

Highlighting the importance attached by Turkey to protect religious freedom, including that of religious minorities, he said his country made it clear that it would not tolerate any harm to the religious liberty of its people.

Aksoy also accused the report of excluding any mention of xenophobia, Islamophobia and discrimination on religious grounds on the rise in the West and the U.S.

"This clearly reveals that the purpose of the report is not to protect religious rights and freedoms. It is clear that the commission, which has been accused of being anti-Muslim in the past, has drawn up this report based on its unwarranted agenda and priorities under the influence of circles that are hostile to Turkey, rather than objective criteria," he underlined.

Aksoy also blasted the report mentioning Fetullah Gülen as a "U.S.-based cleric" and said they deliberately turned "a blind eye to the heinous coup attempt against democracy in Turkey."

He invited U.S. authorities to examine the evidence regarding the Gülenist Terrorist Group (FETÖ), of which Gülen is the ringleader, and to engage in effective cooperation in line with the spirit of the alliance between Ankara and Washington "to reveal the true nature of this terrorist organization."

Turkey also accuses FETÖ of a long-running campaign to overthrow the state through the infiltration of Turkish institutions, particularly the military, police and judiciary.

Regarding Turkey's anti-terrorist operations, Aksoy said Turkey worked against all forms of terrorism in northern Syria, including in the Operation Peace Spring area.

"The labeling of the Operation Peace Spring area as an 'occupation zone' nevertheless is a contradictory and inconsistent approach," he said, adding that Turkey's legitimate security concerns on its Syrian border had been acknowledged by the U.S. itself in 2019.

Since 2016, Turkey has launched a trio of successful anti-terrorist operations across its border in northern Syria, Euphrates Shield (2016), Olive Branch (2018) and Peace Spring (2019), to prevent the formation of a terror corridor and enable peaceful settlement of locals.

In its more than 35-year terror campaign against Turkey, the PKK, listed as a terrorist organization by Turkey, the U.S. and the European Union, has been responsible for the deaths of 40,000 people, including women, children and infants. The YPG is the PKK's Syrian offshoot.