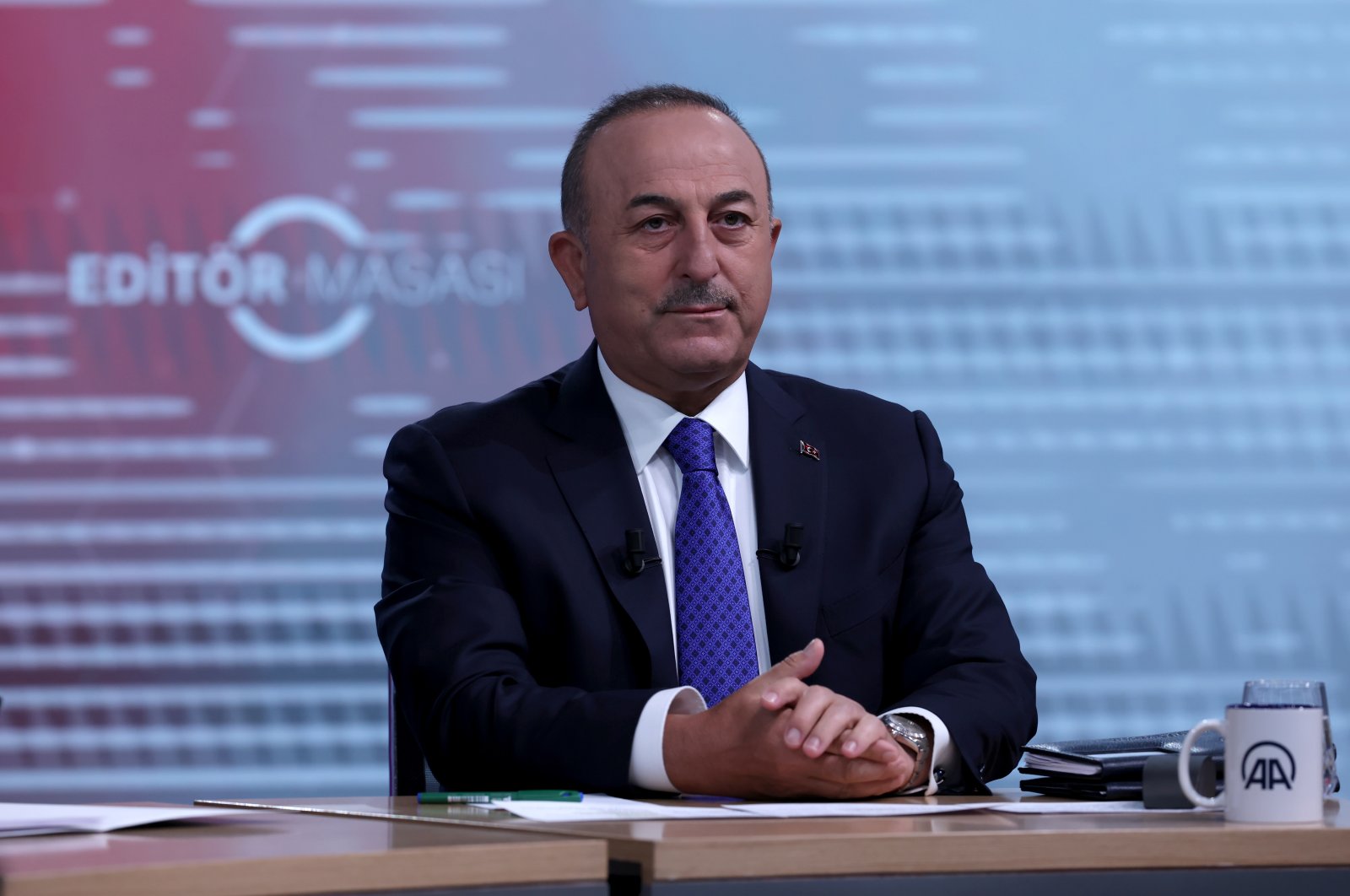 Foreign Minister Mevlüt Çavuşoğlu criticized Greece for its hostile stance contradicting efforts to mend relations, as he called on Athens to stop violating the status of demilitarized islands in the Aegean

Foreign Minister Mevlüt Çavuşoğlu said Turkey has ended the joint mechanism with Greece over the hostile remarks of Prime Minister Kyriakos Mitsotakis and the country’s inconsistent stance on dialogue efforts.

Çavuşoğlu said Greek politicians feel like they cannot please the Greek public if they do not make aggressive remarks against Turkey at least five to 10 times a day.

Last week, President Recep Tayyip Erdoğan said Greek Prime Minister Kyriakos Mitsotakis “no longer exists” for him after the latter’s remarks and criticism of Turkey during his recent trip to the United States. Erdoğan said Mitsotakis spoke against Turkey and urged the U.S. Congress not to allow F-16 fighter jets to be sold to Ankara.

The top Turkish diplomat said Greece has to start disarming demilitarized islands in the Aegean.

"Turkey has issued necessary warnings and sent two letters to the U.N. regarding Athens’ violations," he said, as he called on Athens to demilitarize islands to prevent a sovereignty debate.

Last week, Greece told the head of the United Nations that Turkey is directly challenging its sovereignty over islands in the eastern Aegean Sea, while on the other hand, Ankara has been criticizing Athens for arming the demilitarized islands in the Aegean, contrary to the 1923 Treaty of Lausanne and the 1947 Paris Treaty.

The four-page letter was sent by Greece to Secretary-General Antonio Guterres, dated May 25 and signed by Greece's permanent U.N. representative, Maria Theofili.

Turkey and Greece are at odds over a number of issues, including competing claims over jurisdiction in the Eastern Mediterranean, air space, energy, the ethnically split island of Cyprus and the status of the islands in the Aegean Sea.

Turkey is demanding that Greece demilitarize its eastern islands, maintaining action is required under 20th-century treaties that ceded sovereignty of the islands to Greece.

A dispute over drilling rights for potential oil and gas deposits in the Eastern Mediterranean Sea led to a tense naval standoff in the summer of 2020. Greece has since embarked on a major military modernization program.

But the two countries also cooperate on energy projects, including a newly built pipeline that transports natural gas from Azerbaijan to Western Europe. The pipeline, which crosses Turkey and Greece, is part of Europe's effort to reduce dependence on Russian energy.

Turkey, which has the longest continental coastline in the Eastern Mediterranean, has rejected maritime boundary claims by Greece and the Greek Cypriot administration, stressing that their excessive claims violate the sovereign rights of Turkey and the Turkish Cypriots.

Officials from both countries resumed exploratory talks in 2021 after a five-year pause to lay the groundwork for formal negotiations to begin but haven’t made much progress.

"Our demands need to be met. We do not accept the excuse that they need to change their laws," he said.

Praising NATO Secretary-General Jens Stoltenberg for his honest and principled stance, Çavuşoğlu said the former has been acting constructively and repeatedly says that Turkey's concerns need to be addressed.

He noted that the Foreign Ministry separately summoned French and German envoys over the PKK terrorist group’s demonstrations in their countries.

"Not only Sweden and Finland, but other NATO member-states that support the YPG/PKK need to halt their support," he said.

Turkey may revive the negotiations between Russia and Ukraine, according to Çavuşoğlu.

"There is the possibility of bringing the parties together again, even at the leaders' level as part of Turkey's negotiation efforts," he said, adding that his Russian counterpart Sergey Lavrov will be visiting Turkey on June 8.

On Monday, President Recep Tayyip Erdoğan told Ukrainian President Volodymyr Zelenskyy that Turkey was making every effort to ensure the continuation of negotiations between Ukraine and Russia, repeating the country's readiness to provide more support for any peace efforts, including mediation, the Presidency's Directorate of Communications said in a statement.