Turkey in talks with Russia, Ukraine on agricultural exports: Kalın 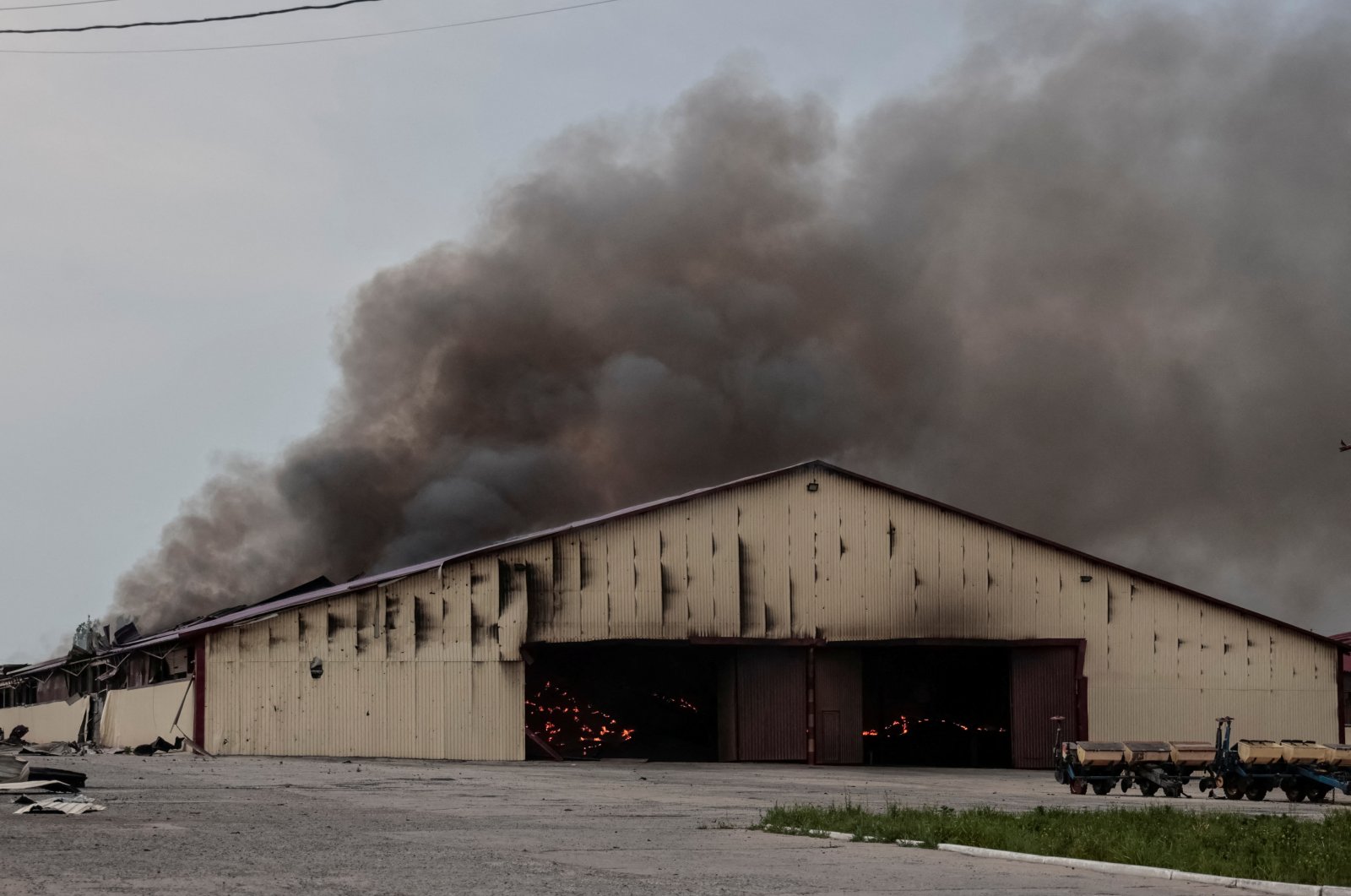 Seeds burn in a grain silo after it was shelled repeatedly amid Russia's invasion of Ukraine, in the Donetsk region, Ukraine, May 31, 2022. (REUTERS Photo)
by Daily Sabah with AA May 31, 2022 10:30 pm
RECOMMENDED

Turkey is in talks with warring Ukraine and Russia for agricultural exports and to swiftly solve the ongoing global food crisis, Presidential Spokesperson Ibrahim Kalın said on Tuesday.

Kalın told journalists that President Recep Tayyip Erdoğan spoke to his Russian and Ukrainian counterparts on the telephone about exporting Ukrainian agricultural products by sea.

"We have been having talks by our Ministry of Foreign Affairs and other institutions for a while, with the Ukrainian side, the Russian side and the United Nations on this issue," said Kalın.

The official underlined that the transportation of grain, sunflower oil and fertilizer from Ukraine and Russia to international markets is of great importance, otherwise, the whole world will face a major food crisis.

Erdoğan has told both leaders that Turkey is ready to play a facilitating role, said Kalin, adding that Ukraine and Russia responded positively and stated that they wanted to carry out the process through Ankara.

Kalın stated that Russian President Vladimir Putin said he would give the necessary instructions to his Foreign Minister Sergey Lavrov, who will visit Turkey on June 8, and that there will be officials in the Russian delegation relating to the issue.

"We stated that the negotiations will be held here, hosted by our Minister of Foreign Affairs, Mevlüt Çavuşoğlu. Therefore, the details of this issue will become clearer during this visit next week. As Turkey, we are ready to start this as soon as possible," Kalın said.

Stating that there are issues that need to be technically negotiated and resolved, Kalın said "All these issues will be decided in the meetings to be held in Turkey in the next one to two weeks, and after that, Turkey will have undertaken a very important task in preventing the world food crisis."

In response to a question about whether there will be a visit from Ukraine, Kalın said that while there is no visit scheduled at the moment, "our doors are always open to our Ukrainian friends."