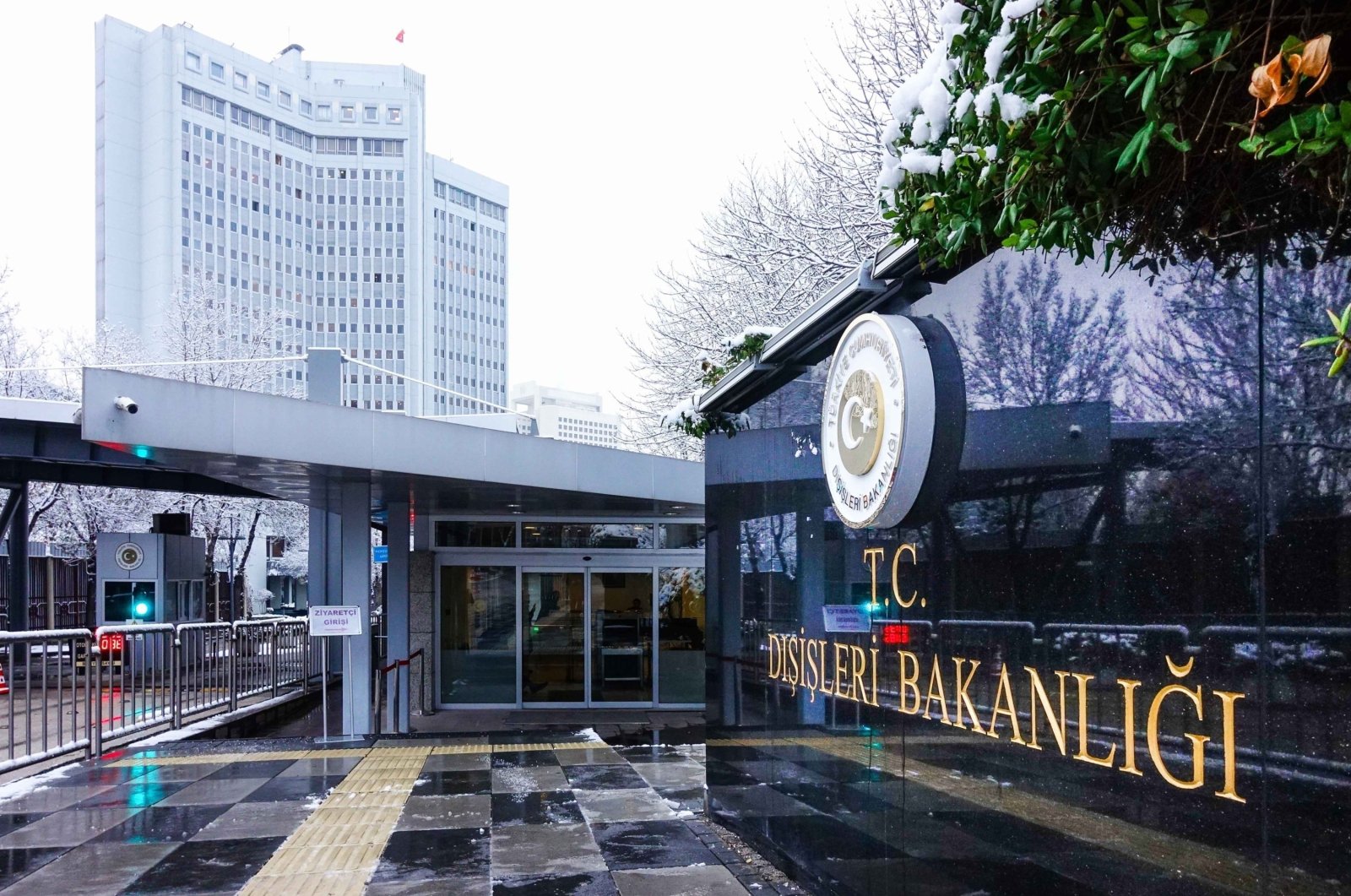 Foreign Ministry headquarters in the capital Ankara in this undated file photo. (AA File Photo)
by Daily Sabah with Agencies Jun 02, 2022 9:34 am
RECOMMENDED

Turkey strongly condemned “baseless” comments made by Germany’s Chancellor Olaf Scholz on tensions with Greece, calling on the German leader to not fall into Athens’ trap of provocation.

He continued by saying that it is unacceptable for Germany to fall into Greece’s provocation trap.

"We expect Germany to invite Greece to act in accordance with international agreements, rather than making biased statements not in line with the spirit of alliance."

Bilgiç added that Turkey will continue to defend its sovereignty against Greece’s incessant airspace violations and constant harassment of Turkish fighter jets in Turkish and international airspace, despite the fact that the two countries are NATO allies.

“Greece is the only country in the world to make airspace claims wider than its coastal waters,” Bilgiç said.

On Wednesday, Scholz urged Turkey to exercise restraint toward Greece as tensions between the two countries have escalated.

"The chancellor is of the opinion that, given the current situation, it is necessary for all NATO allies to stand together and refrain from provocations among themselves," Scholz’s spokesperson told a regular news conference in Berlin.

"Invading Greek airspace and flying over Greek islands is not okay, it seems counterproductive and against the spirit of the alliance," added the spokesperson.

Germany is committed to resolving the open questions between Greece and Turkey in private dialogue, and on the basis of international law, said the spokesperson.

At the same time, said the spokesperson, "we cannot accept the questioning of the sovereignty of member states of the European Union."

The disagreement has resulted in near-daily air force patrols and interception missions, mostly in disputed airspace around Greek islands that are near Turkey’s coastline.

Turkey is demanding that Greece demilitarize its eastern islands, maintaining the action is required under 20th-century treaties that ceded sovereignty of the islands to Greece.

Starting from the Treaty of London in 1913, the militarization of the eastern Aegean islands was restricted and their demilitarized status was confirmed with the signing of the Treaty of Lausanne in 1923. The Lausanne pact established a political balance between the two countries by harmonizing vital interests, including those in the Aegean.

However, Greece argues that the 1936 Montreux Convention on Turkish Straits should be applied in this case, while Ankara says Greece's obligation to disarm the islands remains unchanged under the Montreux Convention, highlighting that there is no provision that differentiates it from the Treaty of Lausanne on the issue.

Greece gradually began to militarize the islands after 1960, quickening the pace after the Cyprus crisis of 1974. Greece has 7,500 soldiers on the islands of Chios (Sakız) and Symi (Sömbeki) and commandos on the island of Rhodes (Rodos) as well as six army bases, two naval bases and two helicopter bases on the islands.

The rearming of the demilitarized Aegean islands has always been a subject of contention between the two countries, especially after the 1960s when relations between Ankara and Athens turned sour over the Cyprus question and Greece's extended claims over Aegean airspace and territorial waters. Turkey's first reaction to Greece's arming of the islands in the Aegean was a diplomatic note given to Athens on June 29, 1964.

Apart from the militarization of eastern Aegean islands, the threat of extending Greek territorial waters beyond their present width of 6 miles (9.6 kilometers), a 10-mile "national air space" over 6 miles of territorial waters and abuse of the flight information region (FIR) responsibility are the main underlying causes of the conflict between Turkey and Greece in the Aegean.