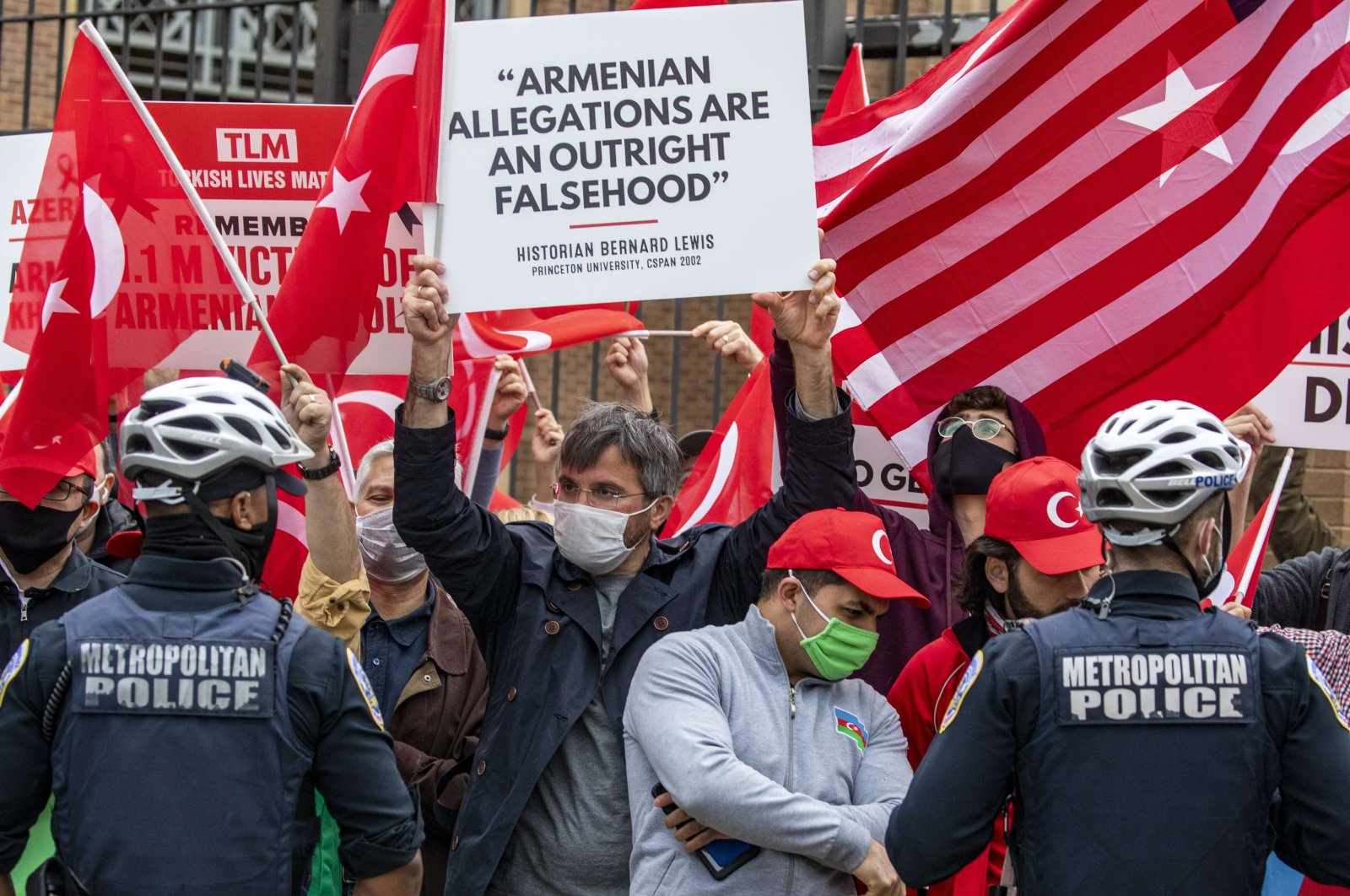 The Turkic Council deplored the statement by U.S. President Joe Biden on the events of 1915, saying it harms the hopes of regional cooperation and stability.

"I am very saddened by the statement of the U.S. President regarding the events of 1915, which clearly bears political motivations at the expense of historical facts and damaging the hopes of cooperation and stability in the region," the council's secretary-general, Baghdad Amreyev, said in a written statement Saturday.

He said a "transparent and fair" study about the events of 1915 is needed, with international law and relevant documents applied, not a trial or conviction of countries and their people by parliaments and administrations of third countries.

"Weaponization of distorted historical allegations toward another country could only play into the hands of those willing to fan the feelings of hatred, revenge and enmity among the societies," he said.

"While denouncing the statement of U.S. President, I believe that distortion of history with political ends or attempts to 'rewrite history' and its use for political pressure will only beget further polarization among countries and peoples that will hinder peace and stability in our region," he added.

Earlier Saturday, Biden called the events of 1915 a "genocide," breaking American presidents' long-held tradition of refraining from using the term.

Amreyev also hailed Turkey's initiative to establish a joint historical commission to study the events of 1915 and open its archives as a "brave and commendable" constructive approach.

Turkish stance on events of 1915

Turkey objects to the presentation of these incidents as a "genocide," describing them as a tragedy in which both sides suffered casualties.

In 2014, then-Prime Minister Recep Tayyip Erdoğan expressed condolences to the descendants of Armenians who lost their lives in the events of 1915.