Turkish side to organize int'l meeting on Cyprus, Varosha issues 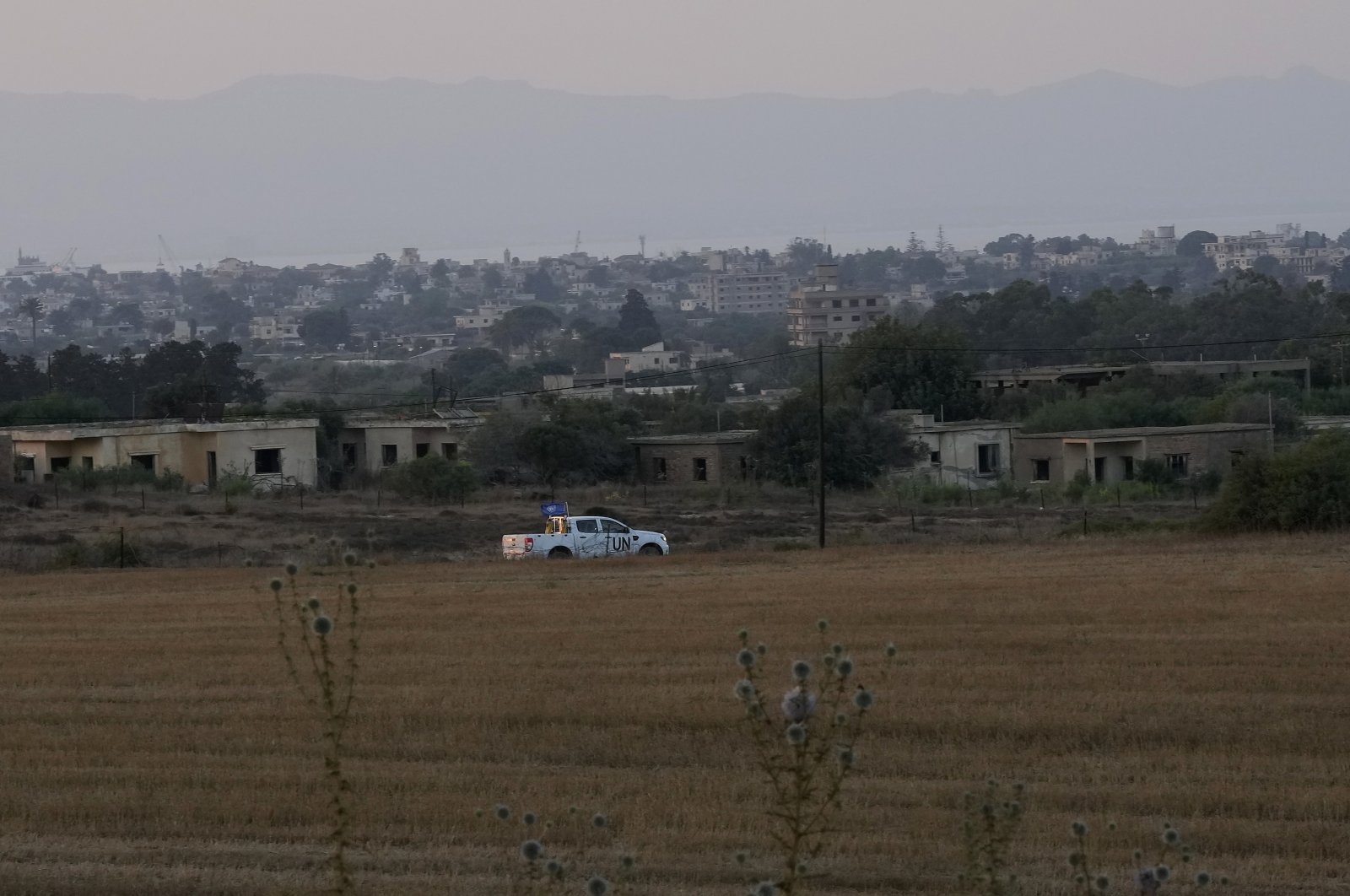 Turkey is planning to organize an international meeting regarding the issues of the Eastern Mediterranean and Cyprus, especially the reopening process of the formerly ghost town Varosha (Maraş), President Recep Tayyip Erdoğan said late Wednesday.

Addressing reporters in a live televised interview, Erdoğan evaluated his recent visit to the Turkish Republic of Northern Cyprus (TRNC).

He said after his comments during the visit to the island, some countries and organizations started making threats. Erdoğan added: "Meanwhile, there was a Geneva meeting. Thanks to this meeting, (TRNC President) Mr. Ersin (Tatar) stood upright, stood firm and conveyed our message to the relevant people there. What? Two equally sovereign states. No concessions from here anymore, it's over. We can't wait another 50 years, it's over. Whatever is to be done must be done now.”

An informal meeting on Cyprus was held in Geneva in late April, with the U.N. chief seeking "common ground" for the resumption of talks to find a lasting solution to the decades-old dispute. During the talks, Tatar underlined that the TRNC is standing firm on the need for a two-state solution instead of the Greek side's and international organizations' insistence on a federal solution. After the talks in Geneva, U.N. Secretary-General Antonio Guterres stated that there is "no common ground yet" to resume formal negotiations on the settlement of the Cyprus problem.

Recalling the Burgenstock process and the following referendum on both sides of the island, Erdoğan said that the European Union has always fed the Turkish side lies and has not fulfilled its commitments since that time.

"They had to give a lot of administrative and financial support. They didn't give any. Look, they're still stalling Turkish Cyprus right now. Who recognizes Turkish Cyprus now? There is only us. Why don't you recognize? When you come to the south, why don't you go to the north as well?"

Erdoğan also touched upon the process of Varosha reopening. He stated that the Turkish side will decide on the steps that will be taken there and these steps will be in accordance with international law.

"We are considering an international meeting in autumn through one of our universities. With this international meeting, we hope to further increase the performance of the work," he said adding that the scope of the meeting will be the Eastern Mediterranean, Cyprus issue and mainly Varosha.

Varosha was partially reopened to the public last October after having been a "ghost town" since 1974. It was abandoned after a 1984 U.N. Security Council resolution saying that only its original inhabitants can resettle the town. Entry into the town located in Northern Cyprus was prohibited except for Turkish army personnel stationed in the TRNC.

After Erdoğan and Tatar's recent visit to the region for the second phase of the reopening process, the EU said: "The European Union strongly condemns Turkey's unilateral steps and the unacceptable announcements made by the Turkish President and the leader of the Turkish Cypriot community on July 20, 2021, on the further reopening of the fenced-off town of Varosha."

In response, Ankara said that the EU's biased position on the Cyprus issue makes it impossible to contribute to the solution. The TRNC also stated: "The EU, which ignores the existence of the Turkish Cypriot people and state, must now recognize that the closed city of Maraş is the territory of the TRNC and the steps taken in Maras are being taken by the TRNC state and government."

Cyprus has been mired in a decadeslong dispute between Greek and Turkish Cypriots, despite a series of diplomatic efforts by the U.N to achieve a comprehensive settlement. Ethnic attacks starting in the early 1960s forced Turkish Cypriots to withdraw into enclaves for their safety. In 1974, a Greek Cypriot coup aimed at Greece's annexation led to Turkey's military intervention as a guarantor power to protect Turkish Cypriots from persecution and violence. As a result, the TRNC was founded in 1983.

It has seen an on-and-off peace process in recent years, including a failed 2017 initiative in Switzerland under the auspices of guarantor countries Turkey, Greece, and the U.K. The Greek Cypriot administration entered the EU in 2004, the same year Greek Cypriots thwarted the U.N.'s Annan plan to end the longstanding dispute.