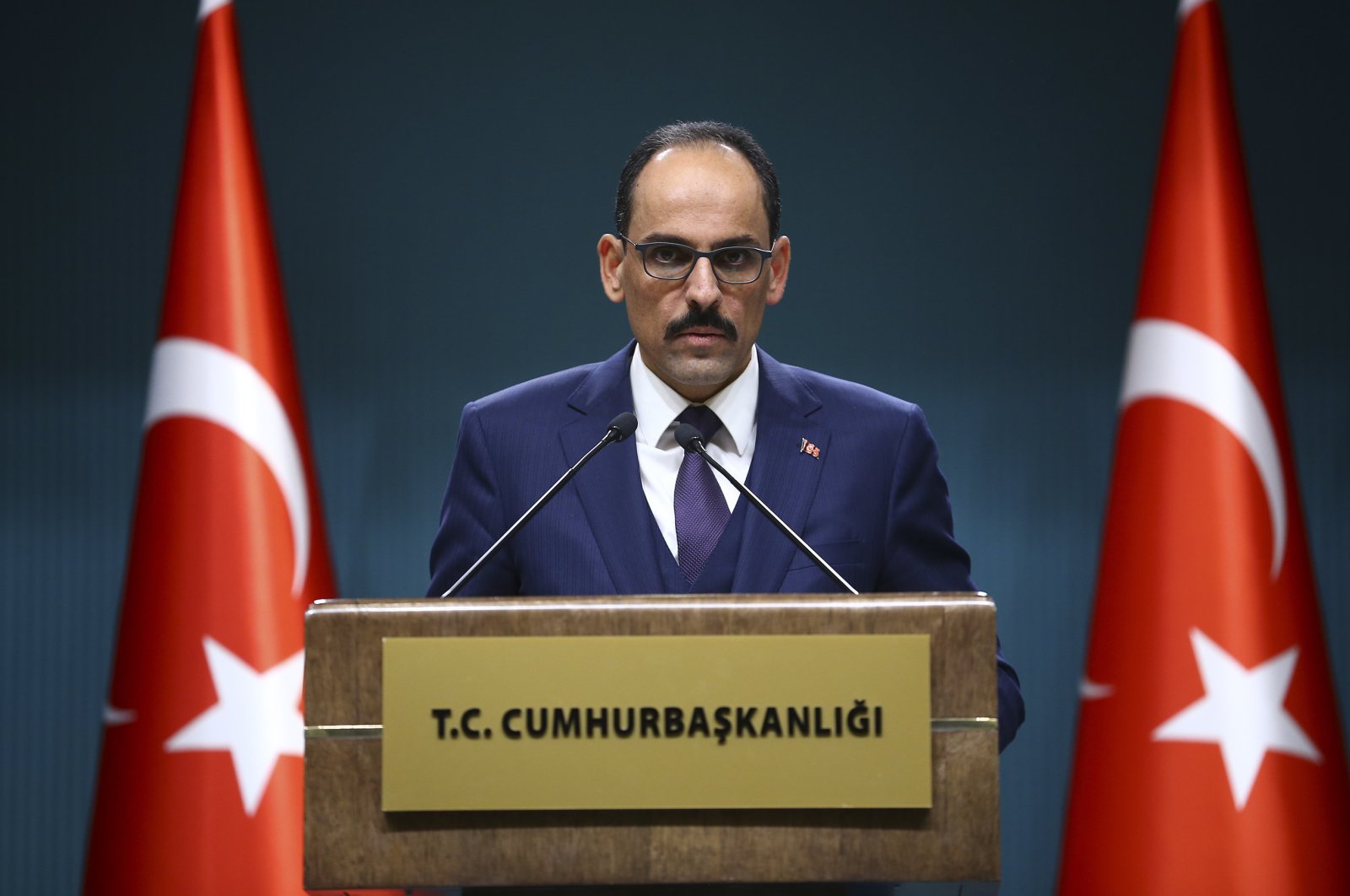 Kalın and O'Brien also exchanged views on developments regarding the fight against the COVID-19 pandemic and recent protests taking place in the U.S., along with issues related to counterterrorism.

The urgency of the establishment of a political solution in Libya under the leadership of the United Nations was emphasized in the phone call, while the officials also stressed that the unlawful attacks of putschist Gen. Khalifa Haftar, who violated all the cease-fire agreements, including the Berlin process, should be stopped.

Since Gadhafi's ouster in 2011, two seats of power have emerged in Libya: Haftar's forces in eastern Libya supported mainly by Egypt and the United Arab Emirates, and the Government of National Accord (GNA) in Tripoli, which enjoys U.N. and international recognition.

Kalın and O'Brien also reiterated the need to provide a political solution in Syria by accelerating efforts to establish a constitution and upholding the cease-fire implemented in Idlib.

During the phone call, in which Turkey’s experience in the fight against COVID-19 was praised, the two officials agreed to increase cooperation in the health field.

Kalın and O'Brien also discussed the events following the killing of a black American citizen by a policeman in Minneapolis, along with issues such as racism and vandalism.

Protests have been sweeping the U.S. over the death of George Floyd, an unarmed African American who died as a white police officer, who has since been charged with third-degree murder, knelt on his neck.