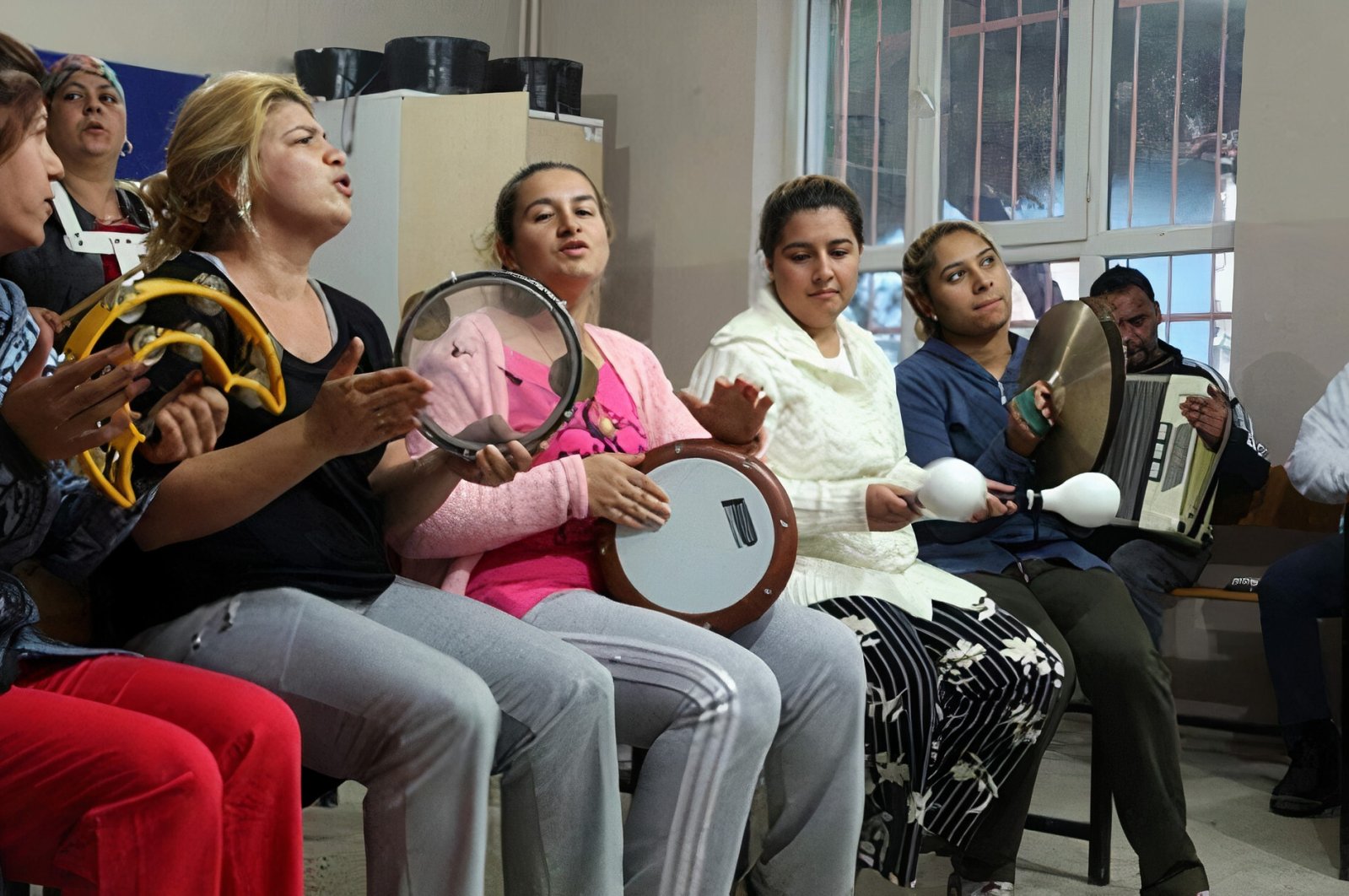 Roma women attend a music class, part of a training program for the community, in northwestern Tekirdağ province in this undated photo. (AA Photo)
by DAILY SABAH Jul 12, 2021 11:11 am
RECOMMENDED

Turkey’s new “Güzel Party” (Beautiful Party), formed by Roma citizens in the country, aims to enter the Parliament by gaining more than 5 million votes in the next general election, the party head said Sunday.

“With the 6 million votes we could get from Roma citizens, Güzel Party can reach 12%-13% vote and get 75-80 deputies in the Parliament,” Akbulut said.

Due to financial difficulties, the local organization of the party is established in a tent in the Kandıra district of the northwestern province of Kocaeli, where many Roma people live. Akbulut said that the COVID-19 pandemic hindered the party’s organizational efforts.

“We have a lot of financial problems. Therefore, we have had difficulties in organization. Our party members in the Kandıra district tried to rent a building in the city center, but since it was very expensive they rendered a tent into a party building. They also live in a tent. So, we approved their request,” he said.

Akbulut said that they want to establish a tent in western Balıkesir province as well.

“We will discuss this issue with our Central Decision and Administration Board (MKYK). However, I like this idea because we don’t have enough money. We have voter potential to exceed the election threshold. We have a 10 million Roma population, which corresponds to 7 million voters. Even if we don't receive the support of 1 million (of those eligible voters), we would receive 6 million votes, which means 12-13% votes and at least 75-80 deputies,” Akbulut said.

In 2016, Turkey announced an action plan as part of the government's Roma Initiative to improve the living conditions of local Roma people. Phase two of the action plan covering education, health, employment, housing and social services was published in 2019 in the government's Official Gazette. Under the plan, the Family, Labor and Social Services Ministry has carried out several projects since 2016 to improve the living standards of the Roma community in Turkey.