'EU continues to be important for Turkey' 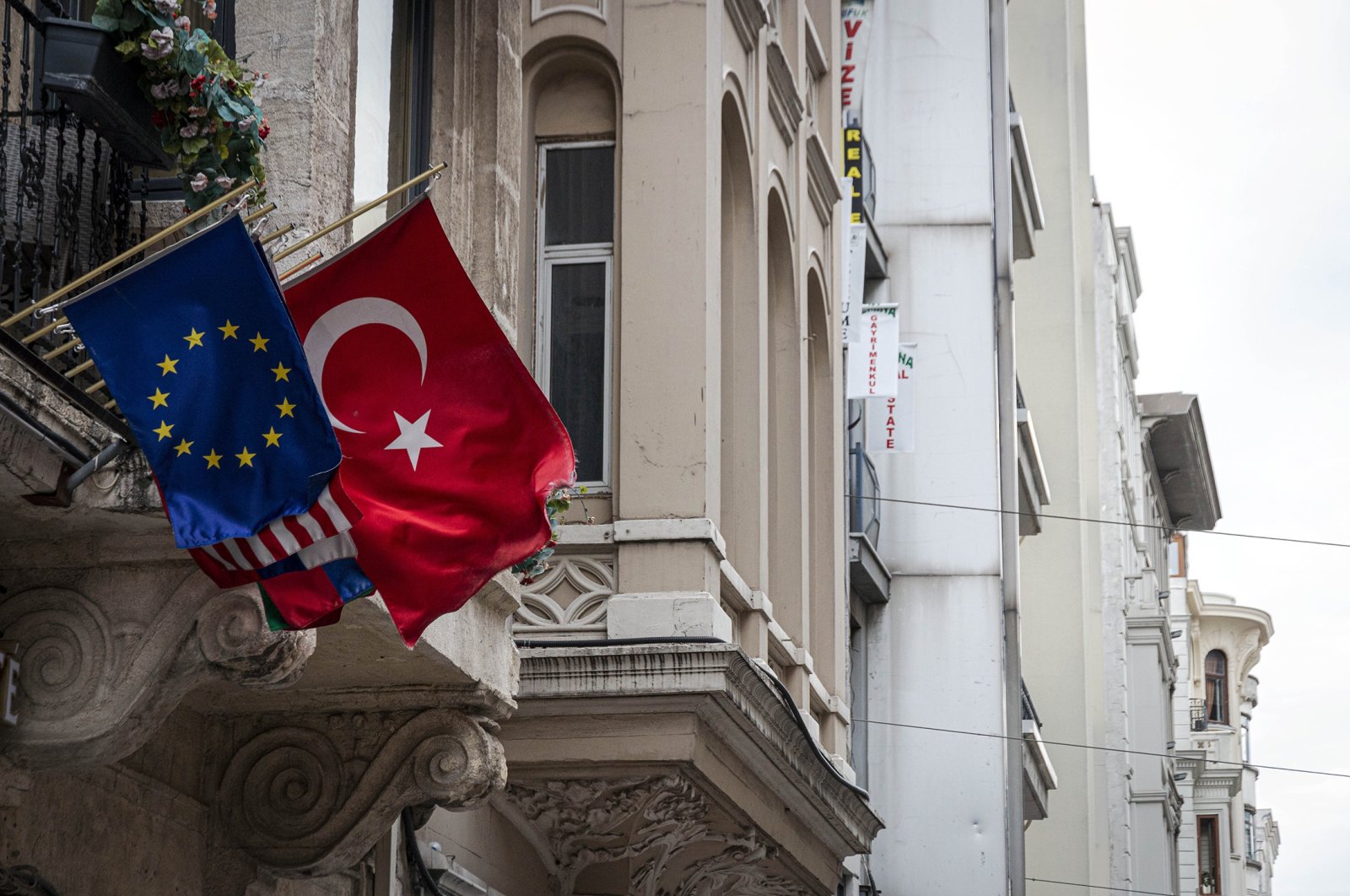 “It will not be in Turkey’s interest to go on a path of uncertainty by shelving its candidacy, which has been one of its most significant gains in terms of Turkey’s international position,” Zeytinoğlu stated.

Zeytinoğlu, quoted in a statement by the IKV, pointed out that both the stopping of reforms within the EU as well as circles within the bloc preventing Turkey’s accession sometimes cause fatigue and bring about calls to abandon the EU goal.

“The criteria that Turkey has to meet are also the conditions that our country has chosen as goals. The rule of law, democracy and human rights are the precondition of being a modern society and state,” he added.

Saying that the group of countries of the EU are favorable with Turkey’s geography, economy, politics and culture, Zeytinoğlu said: “Turkey continuing to walk its EU path is compatible with its aims of socio-economic development. Even though the EU has from time to time adopted approaches that make its own values come into question, its foundational principles and goals are overlapping with universal values.”

He stated that projects like the EU’s green deal, which deem the bloc meaningful in the new era, are also in the interest of Turkey and make compatibility more urgent.

“It is not the time to redefine our relations with the EU, which is aiming to overcome crisis and is itself going through a deep-rooted transformation,” he said, indicating that it would be better to observe what kind of a structure the EU is transforming into and then redefine relations if necessary.

“What is important is that Turkey becomes a suitable candidate for the EU by strengthening its own democracy and economy while accelerating reforms to be in the situation to realize its accession when conditions permit.”

Turkey has a place in the EU, he underlined, “without Turkey, the EU will be incomplete.”

Turkey-EU relations are marked by disputes on several issues, including tensions in the Eastern Mediterranean, Turkey's role in Syria, the migrant crisis and the stalemate in Turkey's accession process to the bloc.

In March 2016, the EU and Turkey reached an agreement to stop irregular migration through the Aegean Sea and to improve the conditions of more than 3 million Syrian refugees in Turkey. The deal has been successful in stemming the flow of migrants and refugees, but the EU’s reluctance to take in refugees from Turkey, and bureaucratic hurdles in transferring promised funds for refugees, have led to sharp criticism from Turkish politicians.

Ankara criticized the EU for failing to fulfill its pledge to provide funding for migrants and refugees in Turkey as part of the pact while allocating billions of euros to Greece. Five years on, the pact is failing as Turkey struggles with increased numbers of migrants, while the EU is more divided than ever over its asylum policy.

Turkey is hosting 6 million migrants, with nearly 4 million from Syria, according to the country's migration authority. That is 2 million more than in 2016 and a heavy burden on a country that only had 60,000 asylum-seekers in 2011 before Syria's civil war broke out.