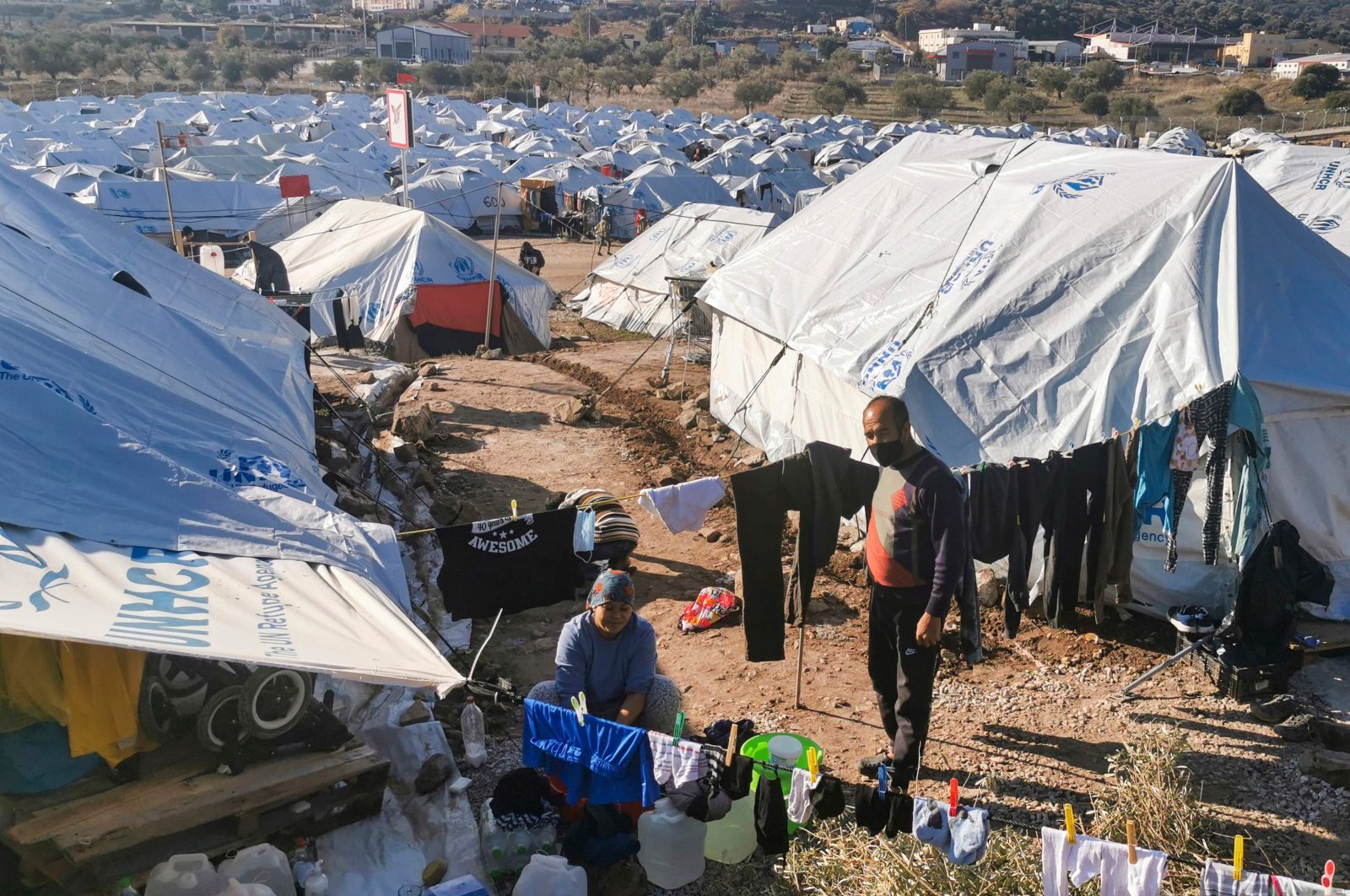 Calling on the European Union for around 1,500 migrants who were denied asylum in Greece to be returned to Turkey as relocation processes had been paused due to a global pandemic, Athens voiced that the bloc needs a common mechanism to address the issue of migration

Greece on Thursday called on the European Union to help with the relocation of 1,450 migrants to Turkey under a landmark 2016 migrant deal.

Greek Migration Minister Notis Mitarachi said his government had submitted a "request" to the European Commission, the EU's executive arm, and the Frontex border agency "for the immediate return to Turkey" of just under 1,500 "third country citizens who are not entitled to international protection."

Of the asylum claimants whose applications have been "conclusively" rejected on appeal, 995 are on the island of Lesbos, 180 are on Chios, 128 on Samos and 187 on Kos, the Greek migration ministry said.

The move comes ahead of a planned resumption of talks to resolve longstanding territorial disputes between Greece and Turkey following months of tensions between the two NATO allies in the Aegean.

Under a 2016 EU-Turkey pact that sharply stemmed the flow of migrants to Europe, Ankara assumed responsibility for migrants unentitled to international protection in return for financial aid to be spent on them. Hundreds of thousands of migrants and refugees used Greece as their entry point to Europe through Turkey in 2015 and 2016, until the deal between Ankara and Brussels reduced the flow across the Greek and Turkish land and sea borders.

Ankara has spent around $40 billion (TL 274 billion) of its own funds so far on Syrians in Turkey. Although the relocation process stalled with the onset of the global pandemic, Turkey continues to host the largest number of refugees in the world, including 3.6 million Syrians while tens of thousands are waiting in Greece for asylum applications to be processed, mostly in camps where conditions have been described as dire. But Mitarachi said conditions were now in place for them to resume thanks to new technology and COVID-19 testing procedures.

Amid the COVID-19 pandemic, the number of illegal border crossings into the EU fell by 13% to around 124,000 last year, the EU's border agency said Friday.

"This was the lowest number of illegal border crossings since 2013," Warsaw-based Frontex said in a statement, adding that the decrease was largely due to Covid-19-related restrictions on movement in 2020.

But, while overall numbers were down, Frontex said there was an increase through the West Africa, Central Mediterranean and Western Balkans routes.

It found that the migrants detected were most often Syrians, followed by Tunisians, Algerians and Moroccans. The biggest decrease was seen along the Eastern Mediterranean migratory route through Greece, where numbers fell by more than 75% to around 20,000 while the number of illegal border crossings in the Western Mediterranean decreased by 29% to 17,000.

Only 139 migrants were returned from Greece in 2020 before Turkey halted the process because of the COVID-19 pandemic, Athens said.

"We expect Turkey to step up its efforts under the Joint Statement," Mitarachi said.

"First, to prevent the passage of boats departing from its shores bound for our country and European Union. And second to accept the return of migrants, on the basis of the EU-Turkey Joint Statement, but also, on the basis of existing bilateral readmission agreements," he said.

According to the deal, Turkey was promised 6 billion euros (TL 53.9 billion) in financial aid to be used by the Turkish government to finance projects for Syrian migrants. Visa freedom for Turkish citizens was also a perk of the agreement. In addition, the customs union between Turkey and the EU was to be updated.

In exchange for these promises, Turkey took responsibility for discouraging migration through the Aegean Sea by taking stricter measures against human traffickers and improving the conditions of Syrian migrants living in Turkey. Despite significant developments controlling migration traffic, the EU has not fully delivered on its commitments stated in the deal.

"Europe needs to establish a common mechanism to address this issue within the new Migration and Asylum Pact, as well as implementing the necessary legal and operation mechanism for achieving returns," Mitarachi said in a statement.

Turkey’s Deputy Foreign Minister Faruk Kaymakcı last month told Daily Sabah that the EU needed to adopt a new approach in handling the migration issue as circumstances have changed since the deal was signed in 2016.

“We expect that in 2021 we can renew our commitments under a revised agreement with a much better functioning migration deal because we cannot just tackle this problem by keeping people in Turkey and providing limited financial assistance to them,” he stated, calling also on EU countries that play an important role in terms of migration, including Greece, Germany, Italy and Spain, to “take the lead to create a new and better-functioning migration strategy.”

The EU confirmed it had received the Greek request.

"The Commission is aware of the challenges faced by Greece and continues to support any efforts to resume returns from the Greek islands to Turkey as part of the implementation of the EU-Turkey Statement," European Commission spokesperson Adalbert Jahnz told Agence France-Presse (AFP).