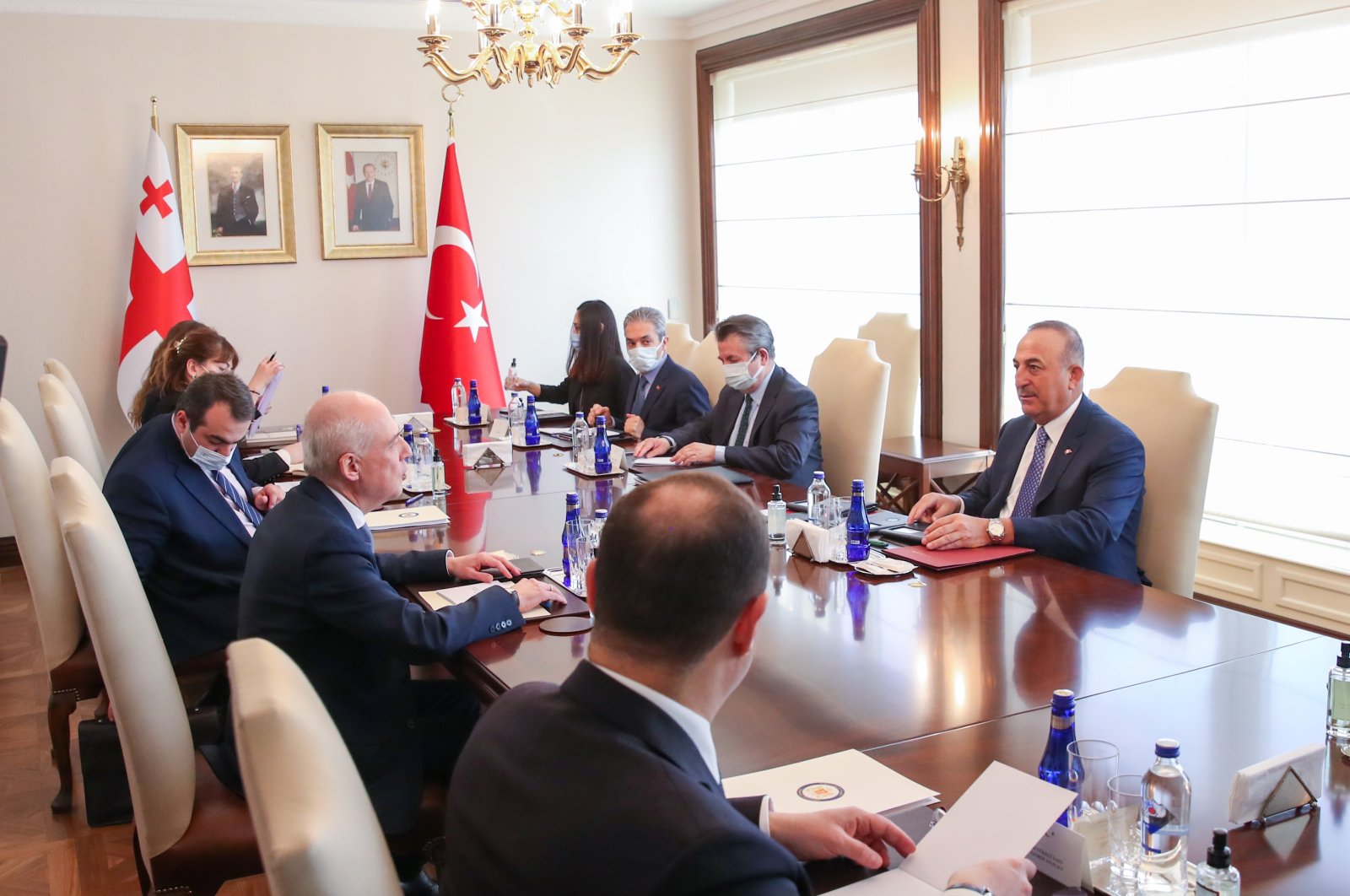 Speaking during a joint press conference with Georgia’s Vice Prime Minister and Foreign Minister David Zalkaliani in the capital Ankara, Çavuşoğlu touched upon the new Human Rights Action Plan announced by President Recep Tayyip Erdoğan on Tuesday, saying that its aim is to “broaden the rights and freedoms of our people” while benefitting relations with the EU.

Saying that references of leading international institutions were considered during the preparation of the plan, Çavuşoğlu said, “The plan was prepared in a manner that will fulfill the remaining criteria for visa liberalization with the EU.”

Ankara has been getting ready to fulfill the remaining six criteria mandatory for the liberalization of visa restrictions for Turkish citizens within the EU, giving momentum to the related works in the upcoming period. Since Turkey's first application to the European Union, the visa liberalization process for Turkish citizens has been a major point and gained even more momentum last year when Ankara set out to fulfill the 72 criteria being levied on them.

Visa liberalization was designed so Turkish citizens with biometric passports would be able to enter the Schengen area within 180 days for three months without any visa. With this initiative, Turkey-EU ties, which were struggling due to the union's discriminative attitude by excusing certain political claims that are an obstacle to good relations, have entered a new era through the migration crisis.

“The Human Rights Action Plan aims to eliminate the setbacks in human rights that have been experienced until today. It also envisages to establish the objectivity of the judiciary in a stronger manner,” Çavuşoğlu pointed out.

However, he stated also that even though this process will contribute to visa liberalization for Turkish citizens and revive accession negotiations to the bloc, this will not be enough for the EU.

“We want to see honesty and political will from the EU side. Unfortunately, this process was not only slowed down by political decisions, but it was also halted,” Çavuşoğlu added.

Referring to Turkey's EU membership bid, Justice Minister Abdulhamit Gül similarly said regardless of the EU approach, the country will continue to carry out its reforms with an attitude that "our citizens deserve the best."

Turkey has made "important preparations" for the EU visa exemption, he stated on Wednesday speaking at Anadolu Agency's (AA) Editors' Desk, adding that if the EU "sincerely" contributes to the process, positive results will be achieved.

At the end of a busy diplomatic week in Brussels in January, Çavuşoğlu had said that Turkey and EU officials agreed to further enhance dialogue and engage in concrete actions.

Apart from the slow process of negotiations, Turkey's potential membership in the union faced a new challenge in 2016, when a coup attempt by the Gülenist Terror Group (FETÖ) took place, forcing the country to declare a state of emergency. Unhappy with this move, the European Parliament on Nov. 24, 2016, stated that it would temporarily "freeze" the negotiations, which has kept the process at a standstill since.

Erdoğan on Tuesday unveiled Turkey's long-awaited Human Rights Action Plan, saying that the plan is expected to be executed within the upcoming two years and that "broad-based consultations were a part of every activity in the plan prepared according to our nation's expectations."

Erdoğan, within this scope, pointed out that Turkey is accelerating its efforts in the visa liberalization process with the EU.

The plan focuses on the topics of freedom, the right to security, the right to a fair trial, freedom of speech as well as the rights of women and the disabled. The enhancement of these rights and liberties has seen setbacks in the bureaucracy that have prevented them from being implemented properly. The plan has been prepared in accordance with the observations and reports of international mechanisms that monitor human rights in cooperation with several human rights groups.