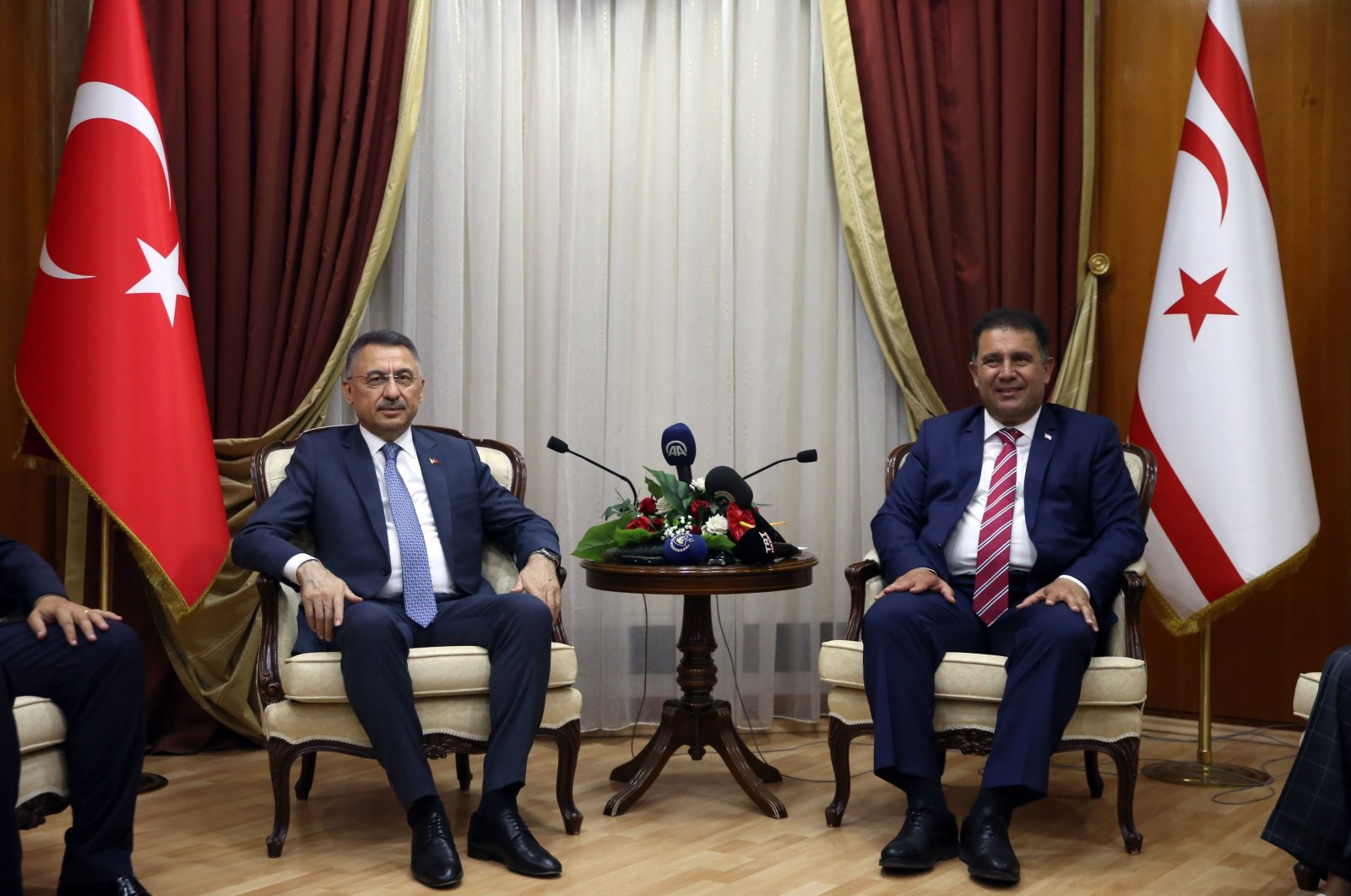 Turkey aims to help build the Turkish Republic of Northern Cyprus (TRNC) as a strong and productive country capable of standing on its own feet, Turkish Vice President Fuat Oktay said Wednesday.

Oktay, who was on a working visit to the TRNC, met with Turkish Cypriot Prime Minister Ersan Saner.

Oktay said the visit has two goals: preparing for Turkish President Recep Tayyip Erdoğan's visit to the country on the occasion of July 20 Peace and Freedom Day and examining the ongoing projects in place.

Noting that July 20 is an important date, Oktay said that "it is the day when our Northern Cypriot brothers and sisters gained their freedom."

Oktay said Turkey's stance toward the Cyprus issue is clear and will not change.

"Our belief, opinion on the basis of two equal sovereign states and our agreement with the TRNC on this issue is the clearest message we give to the world," he said.

"We are trying to build a TRNC that is as strong as possible, standing on its own feet and productive, and we will continue to work for this."

Emphasizing that Turkey's work in the TRNC will continue in the fields of transportation, health, pandemic control and agriculture among others, Oktay said they also want to transfer Turkey's experience in the digital field to the TRNC.

After his visit, Oktay met with people from the village of Bafra.

He also pointed out that part of the reason Erdoğan will visit the TRNC on July 20 is that Northern Cyprus feels like home to Turkish people, adding that Turkish Cypriots feel the same way.

For his part, Saner said: "When we act together with Turkey as the TRNC, we believe that there is nothing we can't do in this geography."

"Protecting the rights and interests of the Turkish nation, especially the Blue Homeland, is among the most important duties of the TRNC government," he said.

Saner said the intransigent position of the Greek Cypriot side was evident within the framework of the United Nations and in the U.N.-led meetings.

"In 1974, motherland Turkey, using its right to be a guarantor, liberated its compatriots in Cyprus through a peace operation," he emphasized.

He also noted the assistance offered by Turkey in the form of vaccinations amid the coronavirus pandemic.

"Amid the pandemic that shook the whole world, we have administered 240,000 doses of the vaccine to our citizens so far thanks to the determined attitude you have shown that our country needs the most, and the vaccines you have delivered to the TRNC with your ‘maternal compassion.'"

Saner said two holidays will be celebrated during Erdoğan's visit to the country and added that many important foundations will be laid in the TRNC on the day.

Oktay is also expected to meet with TRNC President Ersin Tatar on Thursday.