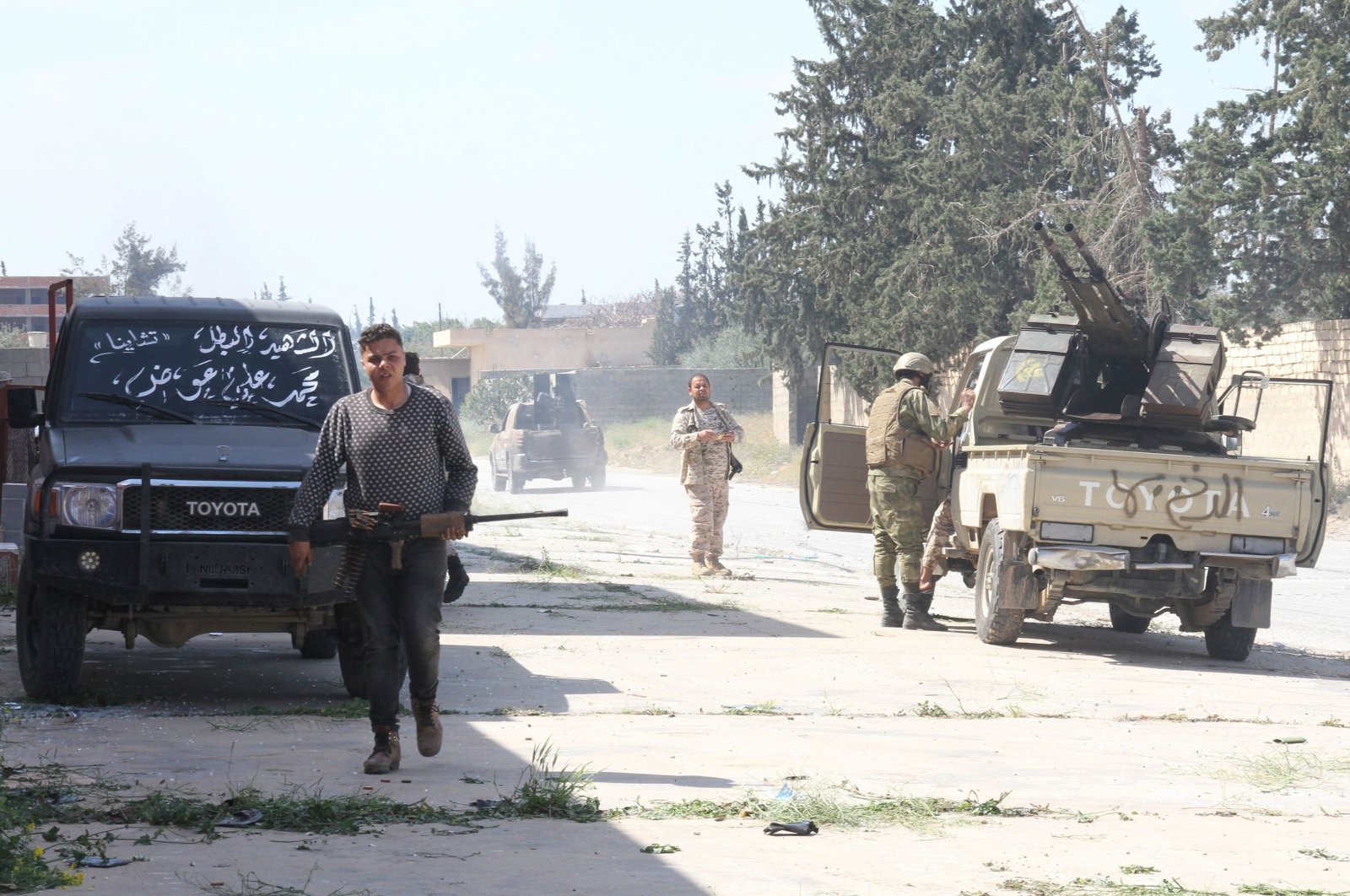 The European Union and eight Western and North African countries called to stop the fighting in Libya on Tuesday for humanitarian reasons in light of the threat of the coronavirus pandemic.

According to a statement released by the U.S. Embassy in Libya, the embassies of Algeria, France, Germany, Italy, the Netherlands, the U.K. and the U.S., along with a delegation of the EU and the government of Tunisia "call on all parties in the Libya conflict to declare an immediate, humanitarian cessation of hostilities as well as a halt to the continuing transfer of all military equipment and personnel into Libya in order to allow local authorities to respond to the unprecedented public health challenge posed by COVID-19."

"We strongly support the efforts of Libyan health authorities across the country as they come together in a spirit of national cohesion and urge them to take all necessary measures to support the health and well-being of all Libyans," the statement said, adding that such a truce would also enable parties to return home to provide care for relatives who may be at higher risk.

"We express strong hopes that a humanitarian truce will facilitate both Libyan parties’ leadership agreeing to the U.N.-facilitated Feb. 23 draft cease-fire reached in Geneva in the framework of the 5+5 intra-Libyan Joint Military Commission and returning to political dialogue," it added.

The conflict in Libya is between two rival factions that emerged following the ousting of late ruler Moammar Gadhafi in 2011 – eastern-based putschist Gen. Khalifa Haftar and the official Government of National Accord (GNA). Haftar in eastern Libya is supported mainly by Egypt and the United Arab Emirates, while the GNA in Tripoli enjoys U.N. and international recognition. Although a cease-fire was reached on Jan. 12 followed by U.N.-led diplomatic negotiations for a peaceful political solution, forces loyal to Haftar have repeatedly violated the truce. Just this Tuesday, forces loyal to Haftar targeted two schools in Tripoli with rocket fire.