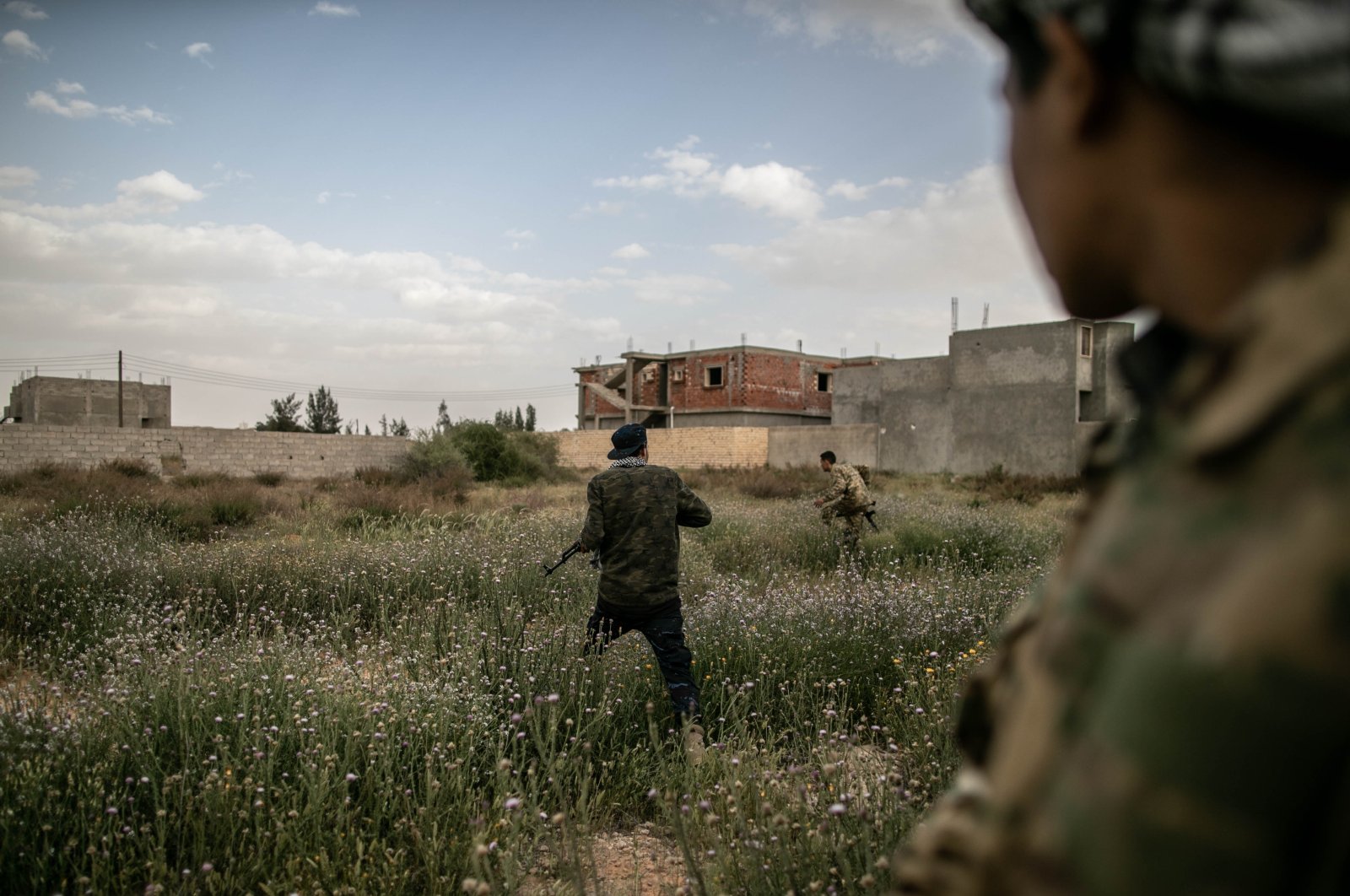 The U.N.-recognized Government of National Accord (GNA) urged the halt of arming Haftar forces Wednesday.

The shelling damaged houses in the vicinity of the Mitiga International Airport, according to a statement by the GNA.

The Mitiga airport has been a regular target for Haftar's forces, who are also violating a humanitarian cease-fire enforced on March 21 due to the coronavirus pandemic.

Haftar's forces have attacked different locations in the Libyan capital after the cease-fire agreement.

Meanwhile, GNA Foreign Minister Mohamed Taher Siala and EU foreign policy chief Josep Borrell held a phone call, the GNA Foreign Ministry confirmed. “In order to end the air attacks on civilians and innocent people, the arming of Haftar militia from the ground and air have to be stopped,” said Siala, while Borrell acknowledged he was well aware of the aid Haftar received.

The EU announced Tuesday the launch of a new naval mission in the Mediterranean Sea, aimed at enforcing the U.N. arms embargo on Libya, after Italy blocked a previous operation claiming that the warships attracted migrants.

The new operation, dubbed Irini, the Greek word for “peace,” was launched and will be carried out for a year as of Wednesday. The European Council said it will have as “its core task the implementation of the U.N. arms embargo through the use of aerial, satellite and maritime assets.”

“In particular the mission will be able to carry out inspections of vessels on the high seas off the coast of Libya suspected to be carrying arms or related material to and from Libya,” a statement said.

It will also gather information about illegal fuel and oil smuggling from Libya and help build up the Libyan Coast Guard, including by training its personnel.

Libya has been in turmoil since the toppling of strongman Moammar Gadhafi in 2011 and is split between two warring administrations. The conflict has wrecked the economy, fuelled migrant smuggling and militancy, and disrupted oil supplies.

While Turkey and Qatar support the U.N.-recognized GNA, eastern-based warlord Haftar is backed by Egypt, Jordan, Saudi Arabia and the United Arab Emirates among others.