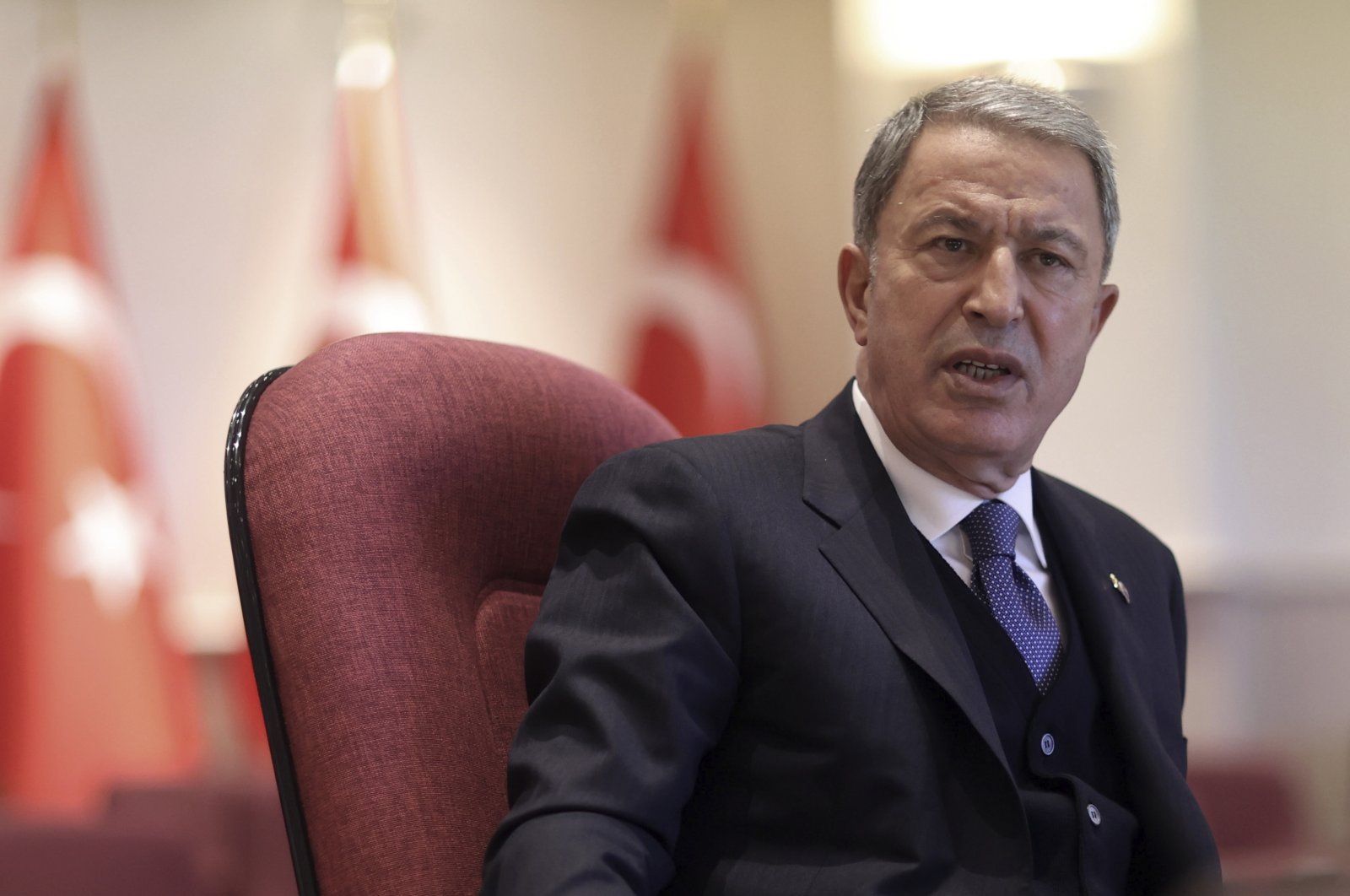 Defense Minister Hulusi Akar criticized the recent statement signed by 104 admirals, saying that the only thing that it does is to ruin the morale and motivation of the Turkish Armed Forces (TSK) personnel.

A so-called “declaration” was recently signed by 104 retired navy admirals, which has drawn strong condemnation from the government and the public who claim the document implies interference in democratic institutions and the will of the public.

“This statement does nothing but harm our democracy and negatively affect the morale and motivation of the Turkish Armed Forces (TSK) personnel and gratify our enemies,” Akar said.

He continued by saying that the admirals refuse to see the success of the Turkish army, and have been blinded by rage, ambition and malice.

Akar was speaking after a meeting with the Turkish retired military officers association at the Defense Ministry.

“We have full faith that the independent Turkish judiciary will do whatever is necessary,” Akar said, as he highlighted that the Turkish military is well aware of its responsibilities and is always on duty, based on the directives of the president.

After a presidential decree last month to withdraw Turkey from the Istanbul Convention, a European treaty aimed at preventing and combating violence against women, it came into question whether Turkey could withdraw from other international agreements the same way. In a TV interview, Parliament Speaker Mustafa Şentop said that technically it is possible and gave the example of The Montreux Convention Regarding the Regime of the Straits. Following discussions about Şentop's statements, 104 retired admirals on Saturday released a statement warning the government.