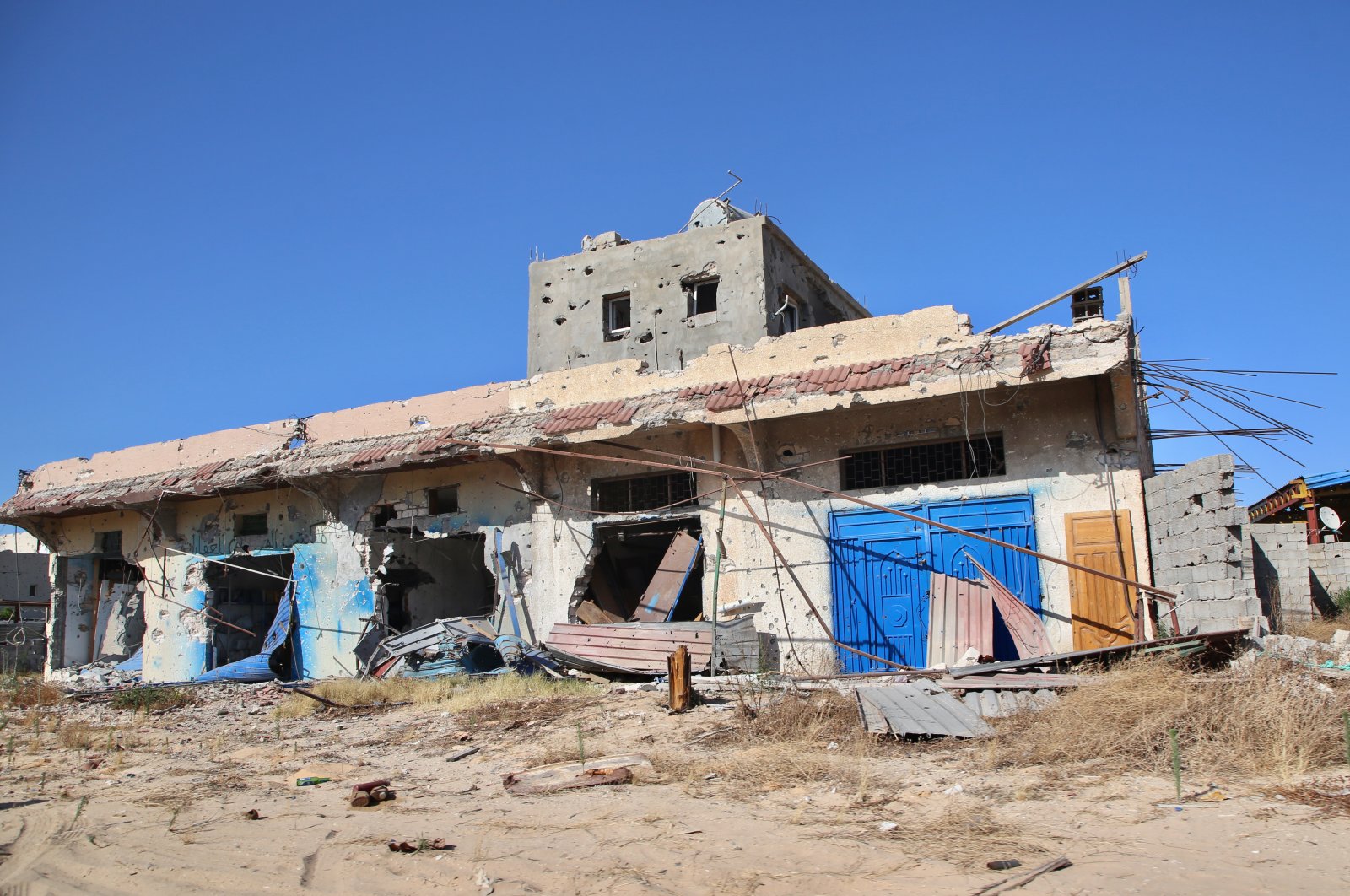 Forces loyal to putschist Gen. Khalifa Haftar leave demolished towns behind as they retreat from the southern suburbs of the capital Tripoli, June 27, 2020. (AA Photo)
by ASSOCIATED PRESS
Jun 30, 2020 12:14 pm

Libyan tribes loyal to putschist Gen. Khalifa Haftar on Monday offered to end their blockade of the country’s oil production, which has cost Libya over $6 billion since January, as part of a political settlement in the war-torn country.

In a statement after a tribal meeting at Libya’s Zueitina oil terminal, tribal leader Ahmed Idris al-Senussi said they have “reopened the oil ports” and given a “mandate” to Haftar’s forces to negotiate a restart in production.

The announcement came as Libya’s National Oil Corporation expressed hope that oilfields will start pumping again as foreign powers negotiate with the Tripoli-based government over the distribution of oil revenues in the divided country. The talks quietly got underway weeks ago, the corporation said, supervised by the United Nations and United States.

A future agreement will seek to “guarantee transparency” and “social justice for all Libyans,” the corporation added.

Oil, the lifeline of Libya’s economy, has long been at the center of the civil war, as rival authorities jostle for control of Africa's largest reserves.

Haftar's supporters contend that the Libyan Central Bank, which holds the country’s vast oil wealth, benefits only the U.N.-supported government. They say oil revenues have been diverted to pay foreign mercenaries fighting Haftar.

“Oil is for all Libyans,” al-Senussi said, “The Libyan people have the right to benefit from their revenues to improve their living conditions and move forward with the reconstruction of the country.”

While ordinary Libyans suffer the effects of a crumbling economy, foreign powers have increasingly joined the conflict, drawn by strategic and economic interests in the eastern Mediterranean.

Russian military contractors and other foreign mercenaries were seen meeting last week with a Haftar-allied militia in the Shahara oil field, Libya’s largest, in an apparent bid to stave off an offensive by Tripoli forces and prevent the resumption of oil production.

On the other side of the conflict, Turkey is the main sponsor of the U.N.-recognized legitimate Tripoli government. Its military support has reversed the tide of war and forced Haftar’s forces to withdraw from much of the territory they’d seized since starting their campaign to capture Tripoli in April last year.