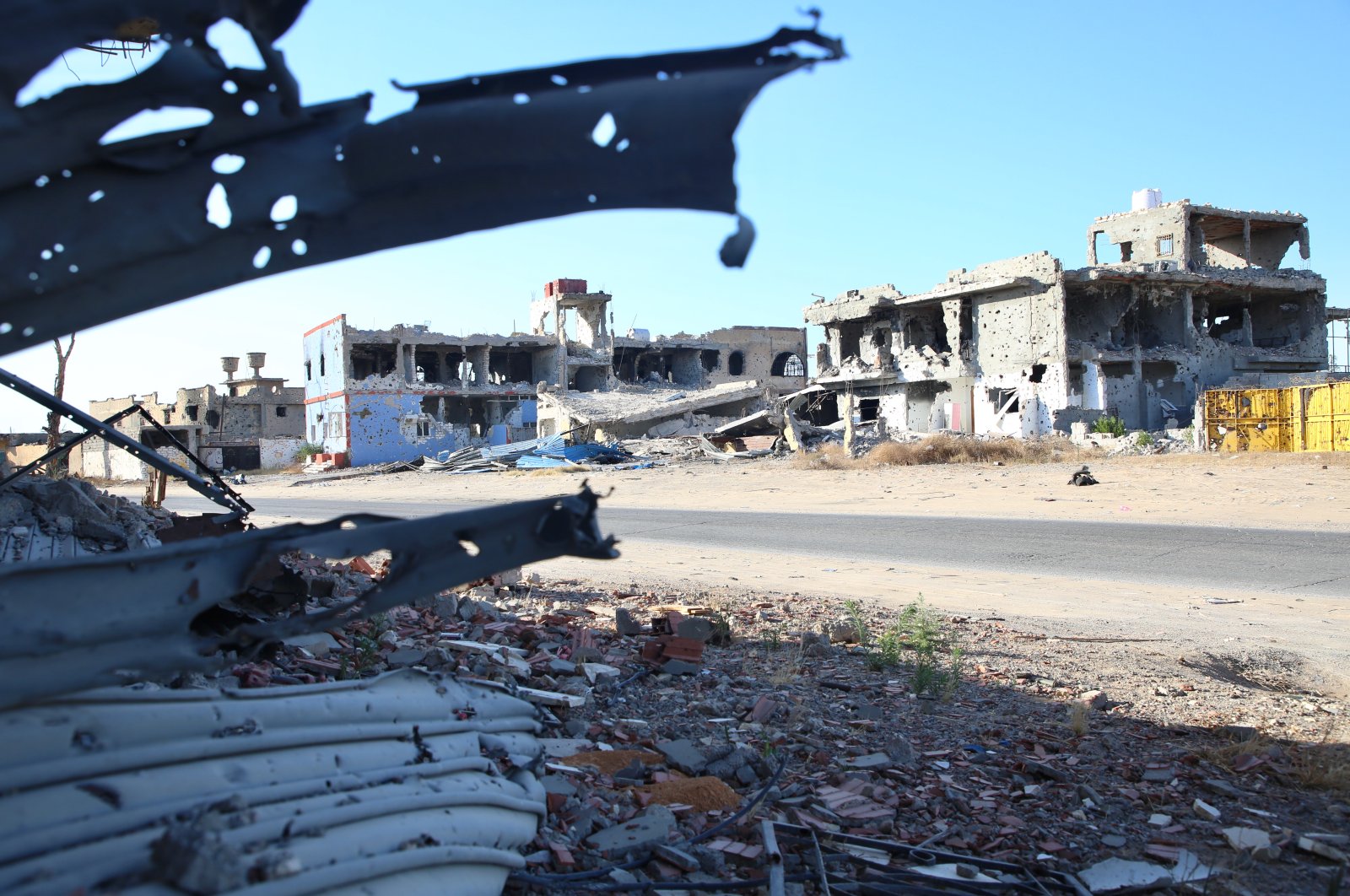 Forces loyal to putschist Gen. Khalifa Haftar left demolished towns in their wake when they withdrew from the southern outskirts of Tripoli, Libya, June 27, 2020. (AA Photo)
by Daily Sabah with AFP
Jun 29, 2020 11:25 am

Mines have killed or wounded more than 100 people, including many civilians, south of Libya's capital following deadly combat between rival forces, the United Nations said Sunday.

"Mines and improvised explosive devices (planted) in or near homes have caused more than 100 victims," including civilians and mine disposal experts, the United Nations Support Mission in Libya (UNSMIL) said in a statement.

It did not give a breakdown of the numbers killed or wounded.

The toll was for casualties since early June, it said following a meeting in Rome between interim U.N. envoy to Libya Stephanie Williams and Government of National Accord (GNA) head Fayez Sarraj.

Earlier this month, the Tripoli-based GNA, recognized by the U.N., regained full control of the capital and its suburbs after more than a year of fighting off an offensive by eastern-based putschist Gen. Khalifa Haftar.

Haftar's forces have been accused by the GNA, the U.N. and Human Rights Watch (HRW) of laying mines in residential southern suburbs of the capital.

Libyan authorities announced earlier this month that international efforts are underway to establish a fact-finding committee to investigate violations by Haftar's militias, including planting landmines and digging mass graves as well as other violations in Tripoli and Tarhuna.

The GNA also said that pro-Haftar forces have "mined the houses before leaving them" and asked for international assistance to clear them.

A team of Turkish de-miners who arrived in Tripoli this month have joined the clearance effort under a broader military cooperation agreement signed late last year between the GNA and Ankara.

HRW said earlier this month that antipersonnel mines discovered in May were "of Soviet and Russian origin."

At the Rome meeting, Williams also expressed concern over reports claiming that "mercenaries of various nationalities" had been deployed in Libyan oil installations.

On Friday, the country's National Oil Corporation said Russian and other foreign mercenaries had entered the key Sharara oil field the previous day.

Sharara is under the control of forces loyal to Haftar, who is backed by Russia, Egypt and the United Arab Emirates.

Williams said the presence of mercenaries there "threatens" to transform Libya's so-called oil crescent region into a "battlefield."

Plunged into chaos by the 2011 NATO-backed uprising that toppled and killed its longtime leader Moamer Gadhafi, oil-rich Libya has two rival administrations. Haftar's forces launched an assault in April 2019 to wrest control of the capital Tripoli from the GNA.

Earlier this month, Haftar's fighters withdrew from the southern outskirts of Tripoli and the entire west of the country after a string of battlefield defeats to the Turkish-backed GNA.

On Saturday, Sarraj also held talks in Rome with Italian Prime Minister Giuseppe Conte during which he stressed that a solution to the Libyan conflict cannot be military, the GNA said.