A solution without Turkey is impossible amid tension in Black Sea 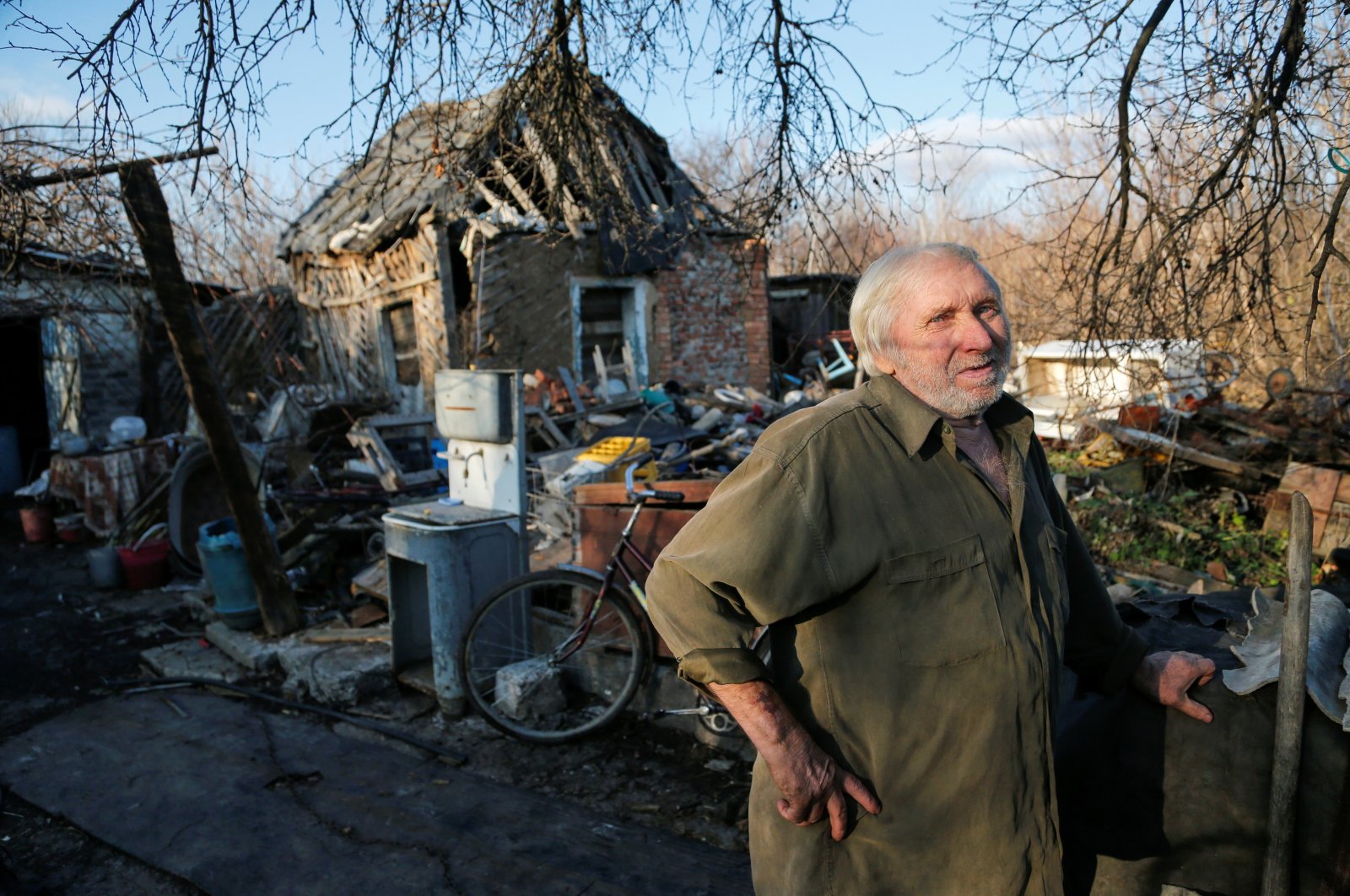 The repercussions of the crisis that has reignited tensions between Ukraine and Russia in recent weeks have reached a new dimension with successive statements from NATO, Turkey, the United States and the European Union.

Relatively positive messages have been sent by Russia and Ukraine in response to Turkey's offer to act as a mediator between the two sides to overcome differences while red line warnings and retaliatory messages from both Moscow and the NATO alliance have been coming almost on an hourly basis.

Although initially messages from Moscow made it apparent that Ankara's mediation in the crisis was not needed, things seem to be different now and the topic is expected to be on the agenda of a telephone conversation between President Recep Tayyip Erdoğan and his Russian counterpart Vladimir Putin due to take place on Friday.

“Russia is not part of the crisis in Donbass," Kremlin said Monday in an initial reaction to Erdoğan's statement indicating that Turkey could mediate between Kyiv and Moscow. On his return flight from an official visit to Turkmenistan, while talking to journalists, Erdoğan said: “It is our desire that the attitudes in this matter take a positive direction. There could be mediation in this, we will discuss this issue with them (Russia and Ukraine), we would like to play a part in the solution by holding talks with Ukraine and with Mr. Putin.”

Initially, Kremlin spokesperson Dmitry Peskov dismissed Ankara’s mediation offer while speaking to journalists. “The fact is that Russia is not a party to the conflict in Donbass, it will be impossible to find solutions to the problem at such a summit,” he said.

However, Moscow must have realized the importance of Turkey's proposal later as it revised its stance with Peskov releasing another statement mid-week. This time, he emphasized the mediation of Turkey and the power and influence of President Erdoğan in managing crises in the international and regional arena.

Speaking at a daily press briefing in Moscow, Peskov praised Erdoğan's "significant influence in regional and international affairs" and said if Turkey and President Erdoğan are able to use their influence to encourage Ukraine to implement the 2014 Minsk Protocol, Russia would welcome it, he said.

"If Mr. Erdoğan can somehow use his influence, and this influence is absolutely unambiguous both regionally and in world affairs in many aspects, if he can use his influence to encourage Kyiv to begin fulfilling its obligations under the Minsk package of measures, the Paris agreements and so on, then this will be welcome," the spokesperson said. This issue could be raised during the telephone conversation between Russian and Turkish presidents on Friday, he added.

The Minsk agreements were signed to stop the ongoing conflict between the pro-Russian separatists and the Kyiv administration. The agreements included a cease-fire in the region and prisoner exchange while also allowing the Kyiv administration to make a constitutional amendment that would give Donbass special status. The pro-Russian separatists, on the other hand, were supposed to withdraw their weapons from the Ukrainian-Russian border. However, the agreements' implementation has been hampered as the two sides accuse each other of violating the cease-fire.

"We will welcome any efforts that can help us to put an end to this war, to return Ukraine's territories which are currently under Russian control," Ukrainian Foreign Minister Dmytro Kuleba told a news briefing.

Throughout the crisis, Turkey has been in contact with both Russia and Ukraine, Foreign Minister Mevlüt Çavuşoğlu said Wednesday, noting that Ankara advised both sides to remain calm and de-escalate the situation.

Meanwhile, Çavuşoğlu and his U.S. counterpart Anthony Blinken are due to hold another bilateral meeting Wednesday and the warming trend of the waters of the Black Sea is also likely to be one of the main items on the agenda.

Moscow has so far taken a stance that unilaterally considers the problem, ignores it and rejects Turkey's offer from the very first moment. In short, it will be worth seeing if Moscow has the luxury of refusing Turkey's mediation and to confront NATO, the United States, the EU and the entire Western alliance, at this point.

This is not the first time that the two countries have reached a point where battle cries are being raised. Last April, Russia and Ukraine were on the brink of crisis once again and Turkey had to conduct shuttle diplomacy with the countries to resolve the crisis.

At that time, Ankara said that it was in favor of observing mutual law in this conflict and establishing cease-fire, peace and stability as soon as possible. Even Ukrainian President Volodimir Zelensky and his accompanying delegation had come to Turkey for a meeting of the high-level strategic council. At that time, Ankara also conveyed that it would continue to support Ukraine's territorial integrity both in bilateral relations and within the framework of NATO. Turkey had also once again declared to the whole world that it was extremely sensitive about Crimea, which Russia annexed at the end of the Donbass-based war in 2014.

The tension in the Black Sea, which restarted in March of this year, when Russian separatists in Donbass killed four Ukrainian soldiers, had peaked with Moscow's military fortifications in the sea of Azov. The ensuing tensions with the entry of American and British warships into the Black Sea were partially reduced by mutual steps back.

Unlike Moscow's shifting stance, Turkey has always pursued a policy that favors both bilateral relations with Moscow and dialogue and cooperation in regional areas such as Libya, Syria, the Caucasus. In particular, as the second most powerful country in NATO, the constructive role played by Turkey in regional crisis while fulfilling critical tasks of the alliance, may have helped Moscow change its stance.

Turkey neither supports the sanctions of NATO and the Western alliance against Moscow for not backing down nor does it want Russia to take a more extreme position. However, Turkey is also trying to ensure that there is no actual conflict between Russia and NATO over Ukraine with this issue.

Ankara once again made its stance very clear at the National Security Council held last week. In the face of the developments in the Black Sea and the Caucasus, Turkey declared that it was in favor of deciphering the disputes between its neighbors in the north as soon as possible by peaceful means within the framework of international law and with respect for the territorial integrity of the countries.

Now all eyes are on Ankara which may ask Kyiv whether it will accept the terms of Russia in accordance with the Minsk agreement. The most important topic in the Putin-Erdoğan conversation will also be the possible response from Kyiv and possible scenarios on Western reactions. Moscow's acceptance of Turkey's mediation in this sense is a guarantee of security in the much larger conflict that it could become.

Let's see if Moscow acts arrogantly or listens to Turkey, which is probably the only power that can help it. If Moscow wants Ankara's friendship to continue, it will also have to fulfill Ankara's expectations. Turkey wants Russia to reconsider its relations with some terrorist organizations being hosted in Moscow, ensuring security and stability in Syria, restraining Armenian Prime Minister Nikol Pashinian in the Caucasus, and goodwill wishes for the Organization of Turkish States.